In a rather controversial scientific breakthrough, two monkeys have been cloned in a Chinese research laboratory, using the same technique that was used to clone the famous sheep, Dolly.

The monkeys, named Zhong Zhong and Hua Hua, are identical long-tailed macaques and are now several weeks old. This marks the first time that primates have ever been cloned in such a manner.

The scientists behind this milestone say that genetically identical monkeys will be very useful for research into human diseases. However, ethical concerns are being raised by critics who say that we are now one step closer to human cloning. 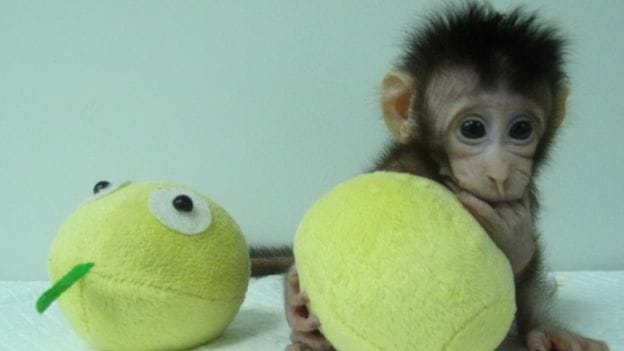 Researchers at the lab say the monkeys are being bottle fed and are growing normally. They expect to produce more macaque clones over the next couple of months.

'Not a stepping stone'

Despite concerns about human cloning, Prof Robin Lovell-Badge of The Francis Crick Institute in London insists that "the work in this paper is not a stepping-stone to establishing methods for obtaining live born human clones", with the procedure being "very inefficient and hazardous".

In 1999, scientists split a rhesus monkey embryo in order to create two identical twins. One of the baby monkeys named Tetra, has the title of the world's first cloned monkey, but the procedure didn't involve the complex process of DNA transfer meaning that Zhong Zhong and Hua Hua are still regarded as the first of their kind. 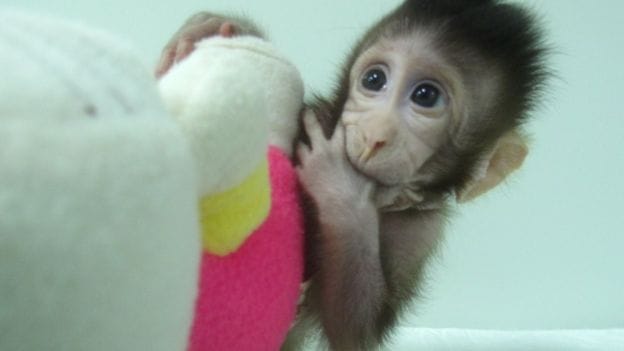 These two monkeys were the result of 79 attempts. They were initially cloned from a different type of cell, but failed to survive. Dr Sun of the Chinese Academy of Sciences Institute of Neuroscience said to the BBC:

We tried several different methods, but only one worked. There was much failure before we found a way to successfully clone a monkey.

The scientists in charge of the experiment say the followed strict international guidelines for animal research, set by the US National Institutes of Health. 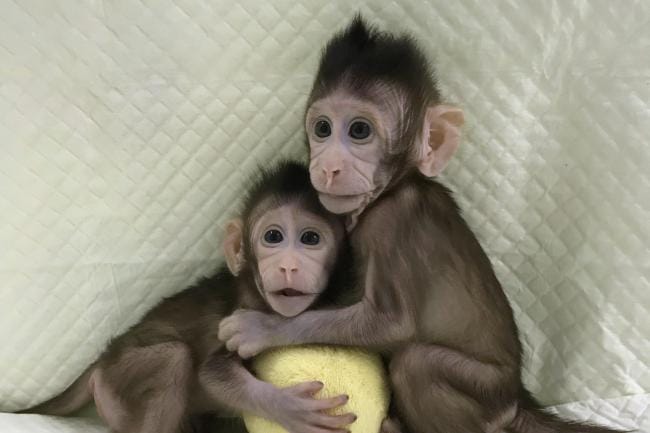