After days of searching for his beloved lost dog, Safira, her dad feared the worst. So when he heard her barks and followed them to where she had gotten stuck, he was relieved.

However, getting her home was going to be a problem; the pooch had fallen halfway down a 200-ft cliff and landed on a ledge, far out of the reach of her distraught human. 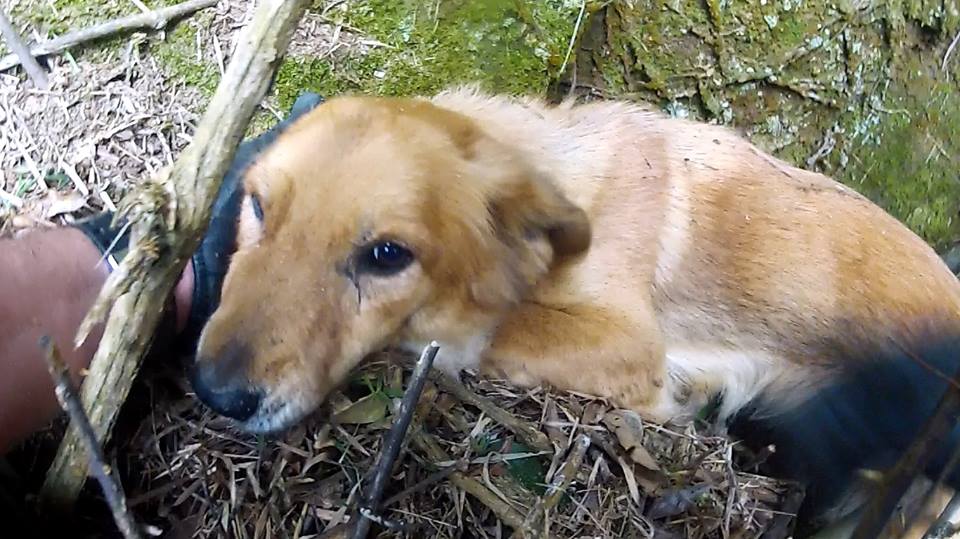 When he called the local fire department in his remote area of Itoporanga, Brazil, for help, he still didn't have much hope. Safira had been without food or water for at least 3 days and he didn't know whether the firefighters would make the time to rescue his dog from such a precarious spot.

But to his surprise and delight, that is precisely what they did.

Armed with climbing gear and big hearts, a team from the Ituporanga Military Fire Department made their way to the cliff side where Safira was waiting for rescue. 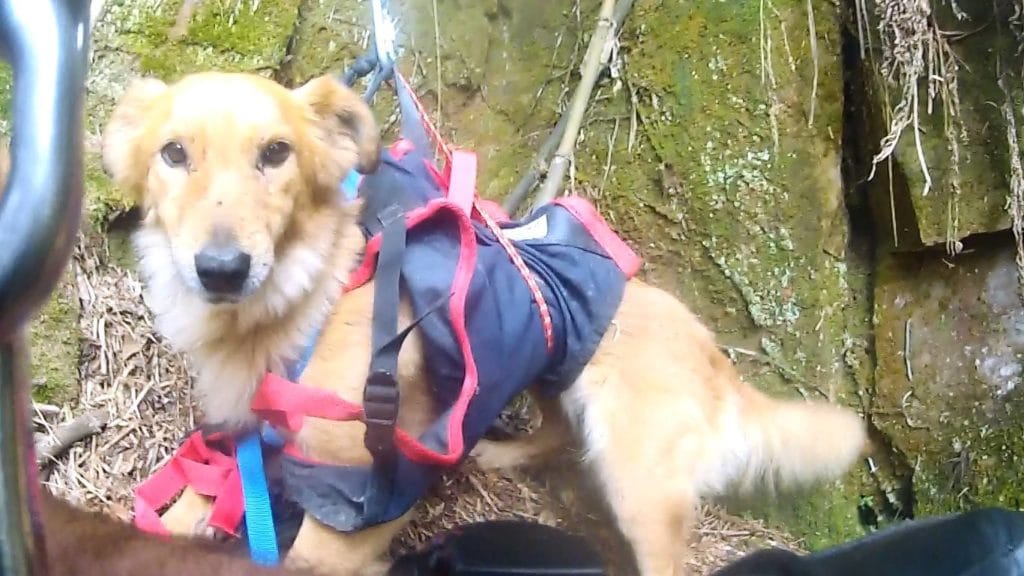 Luis Fernando, one of the firefighters who attended the rescue, told The Dodo website what happened next:

The rescue was a difficult one. It is a very tall cliff. We had to repel down 25 meters (80 feet) to reach her.

According to Fernando, the pooch was so happy to see her rescuer that she started to wag her tail and licked him in excitement and relief.

To get her back up the cliff to safety, she was put into a harness so that she could climb up, with the help of her rescuer. 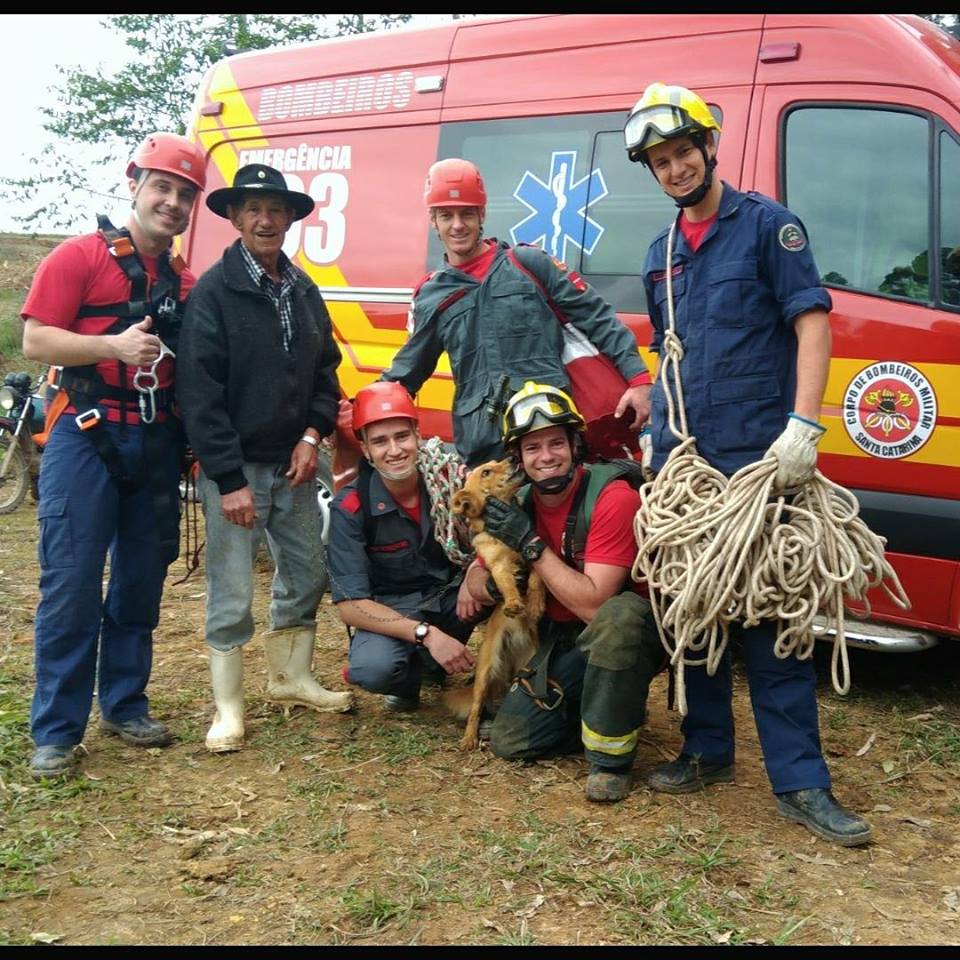 More kisses greeted the rest of the team once she reached the top, with Fernando calling the display of love and happiness a clear sign of her gratitude. And she was, of course, ecstatic to see her dad again.

Fernando concluded this heartwarming story with a statement to people, like Safira's owner, who think that no one will care about their trapped pets:

This is not the first time we have made such a rescue involving a dog in that region. It is always worth our time. We commend the owner of the dog, who did not give up on getting her back, and called us to make the rescue. We were very happy to be able to help.

You can watch a video of the rescue below: