On February 19, the FDA released news that a very powerful and potentially lethal sedative named Pentobarbital has been found in small quantities in dog food brands manufactured by the J M Smucker Company.

The FDA said in the news release:

Pentobarbital is a barbiturate drug that is most commonly used in animals as a sedative, anaesthetic, or for euthanasia.

The products have since been discontinued and people have been told that the low level of pentobarbital is "unlikely to pose a health risk to pets". The FDA did say that the drug should never have been present in the first place and products containing any amount of the drug are considered to be adulterated.

J M Smucker has issued a voluntary recall for major brands such as Kibbles 'N Bits, Ol' Roy and Gravy Train. For the complete list of products containing pentobarbital, click on the news release. 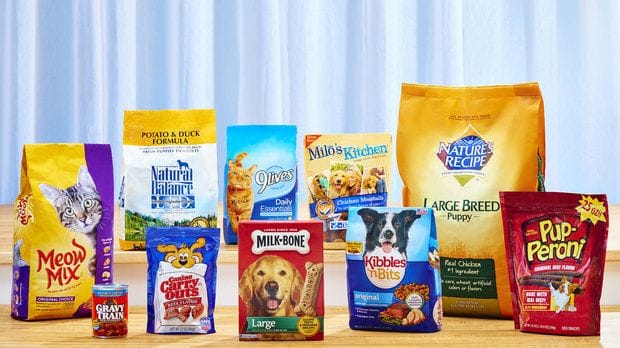 An investigation into the potential source and route of the contamination has been launched by the FDA.

If your dog consumed food containing the drug, it may develop nausea, vomiting, dizziness or loss of balance, as well as a condition known as nystagmus (eyes darting side to side in an erratic fashion). This could lead your pet to have difficulty standing up and walking in a straight manner. Ingestion of toxic amounts of pentobarbital can in worst case scenarios, cause death.

It goes without saying that you should discontinue using any of the aforementioned products and if your dog starts to show any of the above signs such as an unsteady gait or excessive drowsiness after eating these products, then you should contact a veterinarian immediately.

The process of pentobarbital making its way into dog food is known as rendering, whereby euthanized animal products are turned into animal feed. According to an investigation by the FDA in 2002, cattle could be a possible source of the drug when they are euthanized. The FDA said: