Kalu's story is just as unbelievable as it is heartbreaking.

The dog was found in a ditch at a building site in Udaipur in India, where he was probably left to die after fending for himself for months on end. 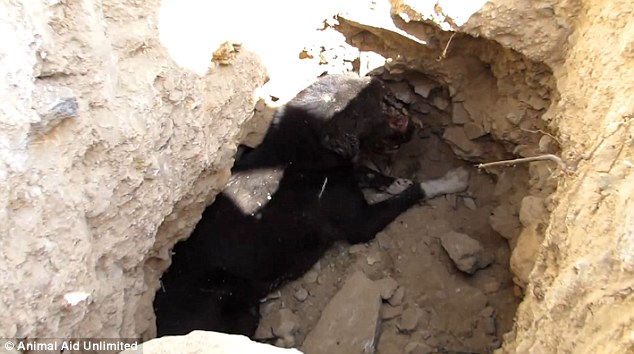 When the volunteers from the animal rights organisation Animal Aid Unlimited found him, Kalu's muzzle was beginning to rot, having been eaten away by maggots. It was as if a bomb had exploded near his head: his face was covered in holes filled with worms, and his skull was visible in multiple places.

Upon arrival at the Animal Aid shelter, the dog was in such a terrible and seemingly irreversible condition that the volunteers saw no other option than to euthanise him. 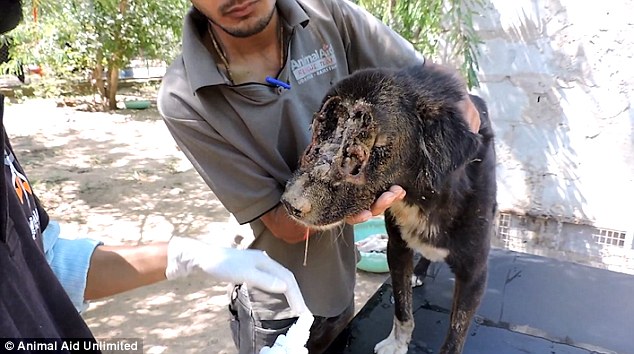 But once on the operating table, Kalu seemed quite spirited, in spite of everything. The medical team saw something in him. They decided to attempt the impossible: to try to heal "one of the worst [injuries they] had ever seen". 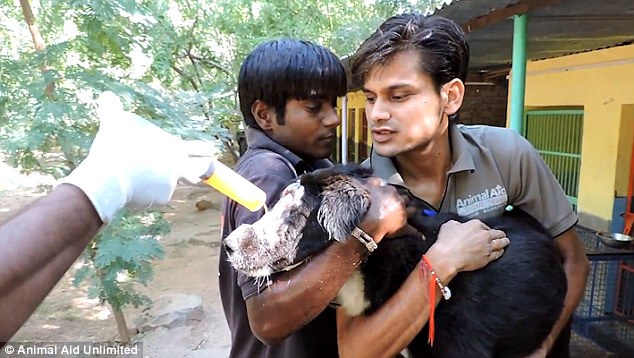 They started by getting rid of the maggots with an antibacterial powder, before anaesthetising the dog so they could clean his wounds without causing him too much pain. They then wrapped his muzzle in thick bandages for the healing process to begin. 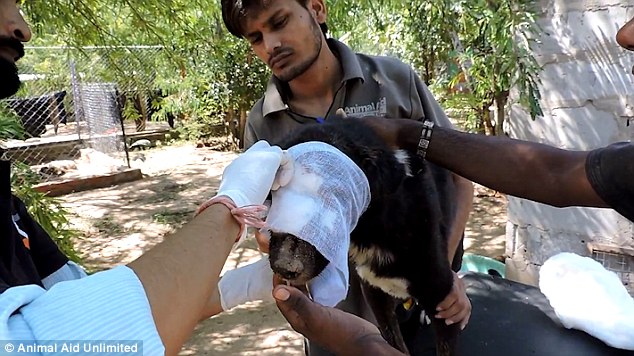 To their great surprise, Kalu began to recover after three days. And another two days later, the volunteers saw some even more incredible progress: the dog's left eye, which they thought had been destroyed by the maggot infestation, reappeared. Gradually, his wounds began to heal and his hair grow back. 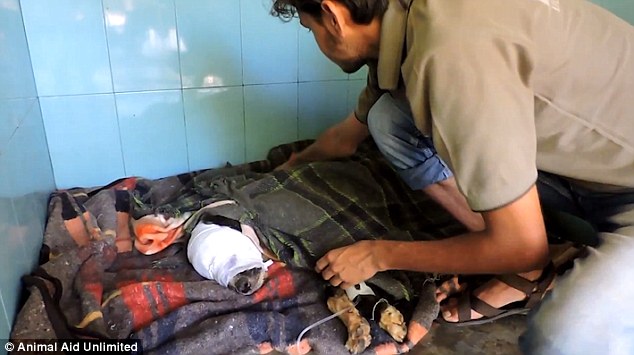 Three months later, Karu had almost completely recovered, defying all expectations and demonstrating a lust for life which knows no bounds. Of course, he lost an eye, but the rest of his face was miraculously reconstructed.

A new and much happier life awaits Kalu, who owes his unlikely recovery to the determination and faultless dedication of the Animal Aid Unlimited team. 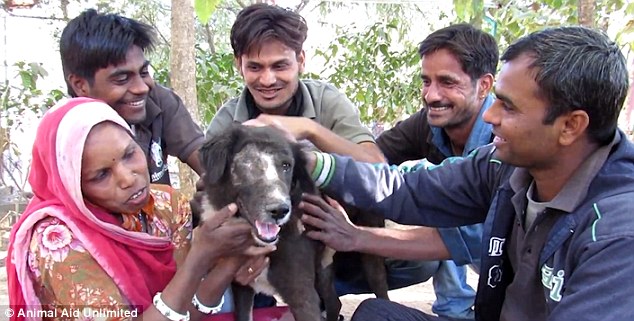