Each country has their own cruel tradition… In Spain, it's bullfighting. In Brazil, it's vaquejada.

Similar to a rodeo, la vaquejada is a sporting tradition from the Northwest of the country (comprising of Ceará, Rio Grande do Norte, Bahia, Pernambouc among others).

This "cultural tradition" – as it's classified by it's defenders – consists of a chase in the middle of an arena between two cowboys on horses and a bull. They must trap the animal between their horses before grabbing him by the tail, dragging him and then violently throwing him to the ground.

The practice inflicts intense pain on the bull, who, if he doesn't have his tail ripped off, can suffer from a number of fractures – sometimes fatal – because of his fall.

The vaquejadas, extremely popular during the 20th century in Brazil, have been at the heart of an intense debate since 2010. As a result, on October 6, 2016, the Brazilian Federal Supreme Court (STF) decided to outlaw the sport, considering it to be contrary to the values of the Brazilian Constitution. 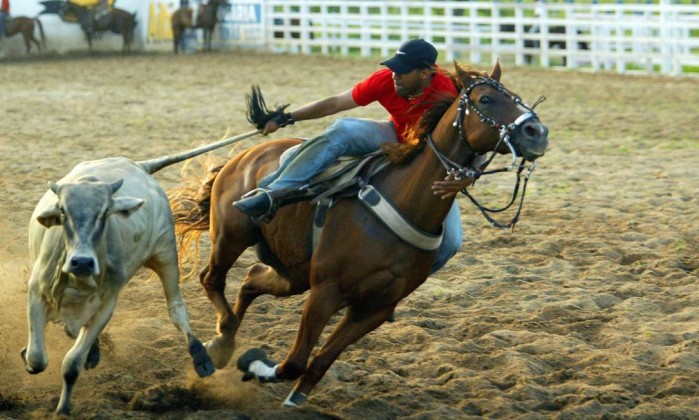 While the animal rights association PETA welcomed the legal advancement, it confirms that there are fears that the powerful pro-vaquejada lobbies – who are fighting for a constitutional amendment which would permit the return of the activity in the name of cultural heritage – will succeed.

The decision by the STF does not signify the immediate ban of the vaquejada spectacle: while the practice was deemed unconstitutional by the court, no measures have been taken to put the prohibition into effect.

To encourage the Brazilian authorities to quickly put in place concrete measures to stop the vaquejadas, you can sign the PETA petition here.