Dindim is a South American Magellanic penguin whose life was saved by a Brazilian fisherman in 2011. Ever since, he journeys over 5,000 miles every year to come and visit his saviour and spend time with him. 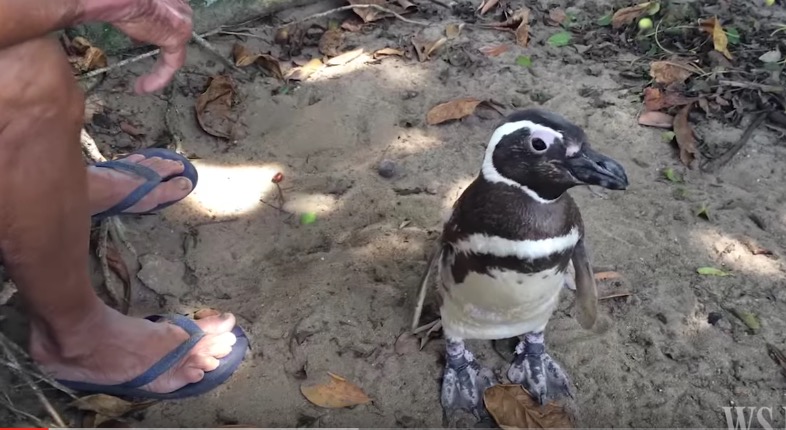 When Joao Pereira de Souza found the penguin, he was covered in oil and close to death, trapped on some rocks on a beach off the coast of Rio de Janeiro.

The poor animal had been separated from his colony in Patagonia and had no hope of survival. But Joao was there to save him.

The fisherman cleaned the oil off the penguin’s feathers and fed him a daily diet of fish to rebuild his strength. He named him Dindim. 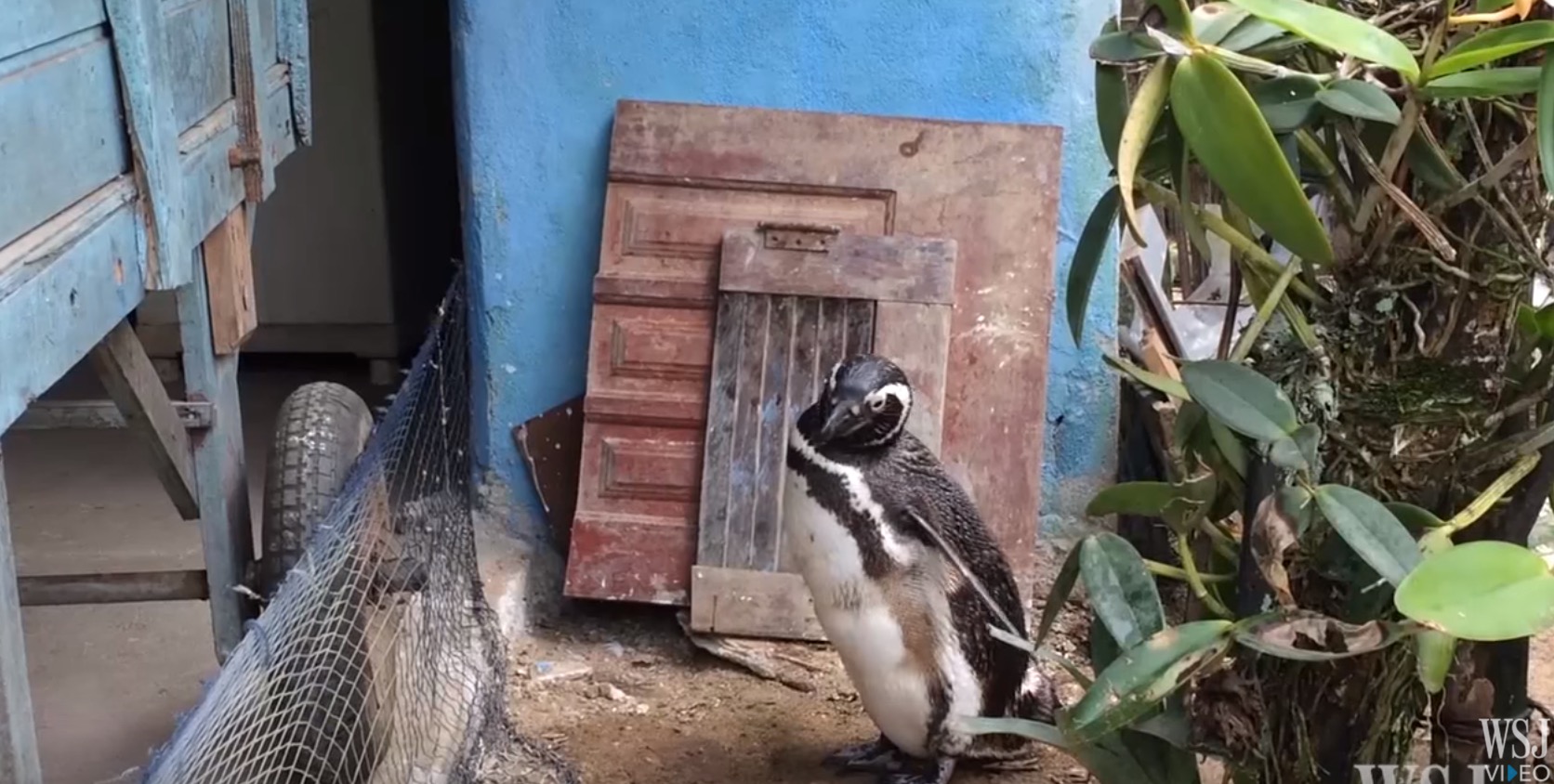 After a a couple of weeks, when the penguin was on the mend, Joao decided it was time to release the penguin back into the sea. But, the bird wasn't going anywhere. Joao told The Independant :

He refused to leave. He stayed with me for 11 months. 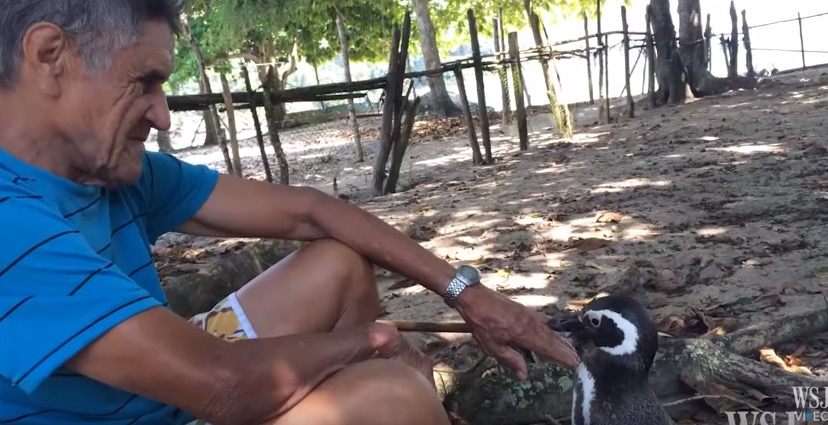 After a year, "just after he changed his coat with new feathers", Dindim decided to venture out to sea and join his colony. "He disappeared", explained the fisherman.

But whilst everyone thought the penguin's departure signalled the end of their friendship, after a few months, the penguin returned to the beach where his fisherman friend had saved him. 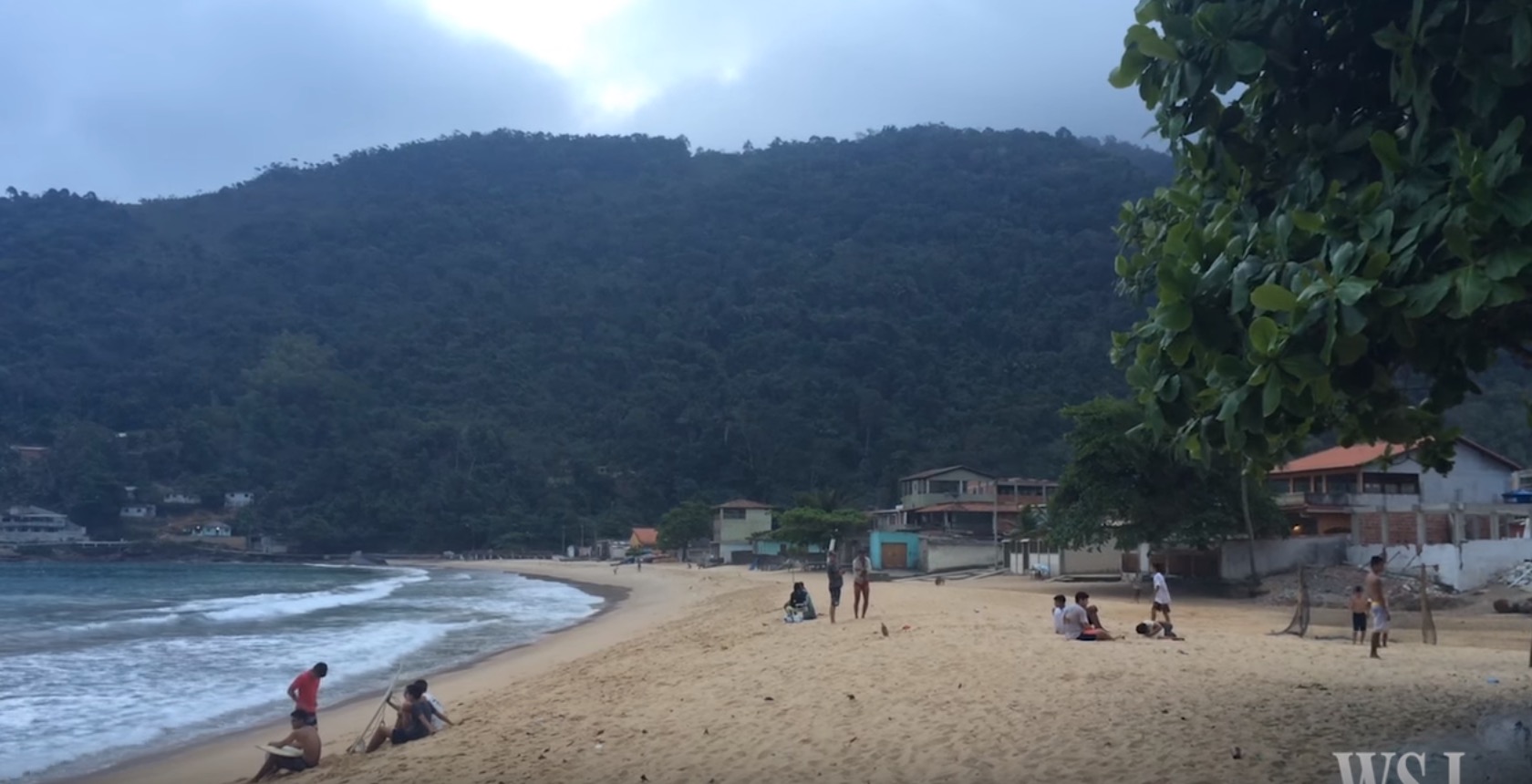 Ever since, for the past five years, Dindim has come back to see Joao and spends eight months of the year with his friend. He is believed to spend the rest of the year breeding off the coast of Argentina and Chile.

Joao went on to say:

Every time the penguin sees his saviour, he wiggles his bottom like a dog wagging his tail and honks in delight.

No one else is allowed to touch him. He pecks them if they do. He lays on my lap, lets me give him showers, allows me to feed him sardines and to pick him up. 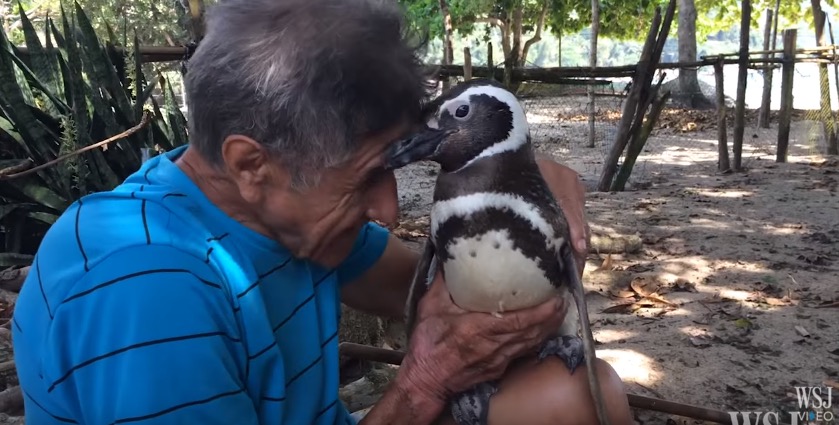 I have never seen anything like this before. I think the penguin believes Joao is part of his family and probably a penguin as well.

"Every year it's the same story, everyone says he won't come back, but every year he does and he becomes more affectionate as he appears even happier to see me," Joao finished. 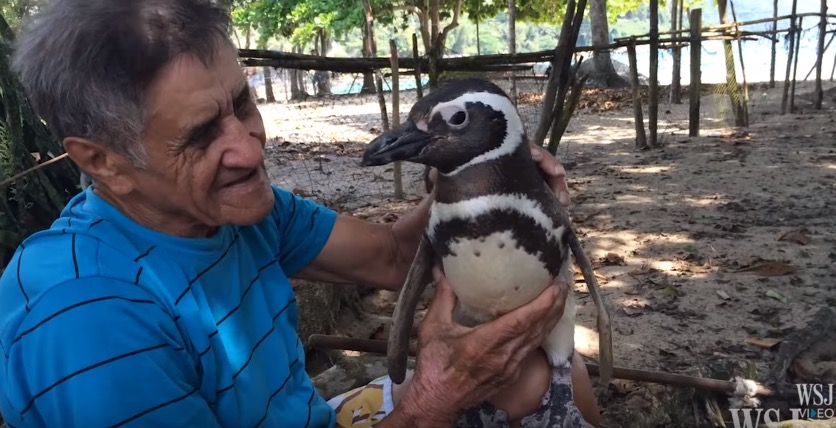 The population of South American Magellanic penguins has suffered dramatically from increasing exposure to pollution and industrial fishing which deprives them of their food.

Greenpeace has launched a campaign to highlight the dangers of overfishing, which you can find out more about here.