Every day, Laoma Yen leaves home to go to work. Yen polishes and repairs the shoes of passerbys on the street in the city of Luoyang, central China.

Whilst he only works half a mile away from his shoe repair stall, this is a daily struggle for Laoma, who is paralysed from the waist down after a car accident in his childhood.

But luckily, his loyal four-legged companion is there to lend a paw. 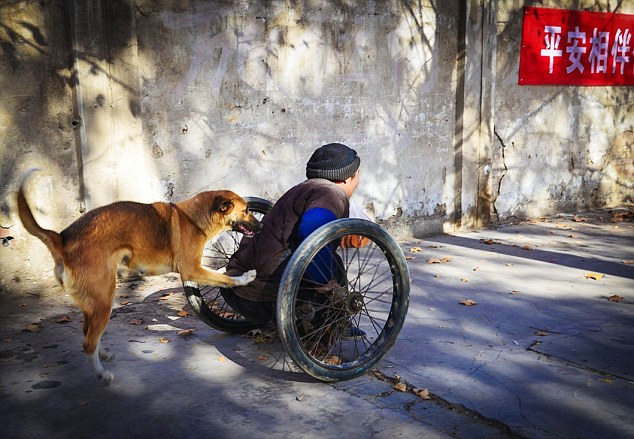 But before Laoma met his canine companion, he had to struggle with his disability all alone.

The man found an abandoned puppy on the street two years ago and decided to adopt it.

He told a local news site:

I got stuck once, and was trying to move forward up a slippery and muddy incline when I suddenly felt someone pushing me from behind.

And when he turned around to thank the kind person helping him, he was surprised to discover that it was in fact his dog! 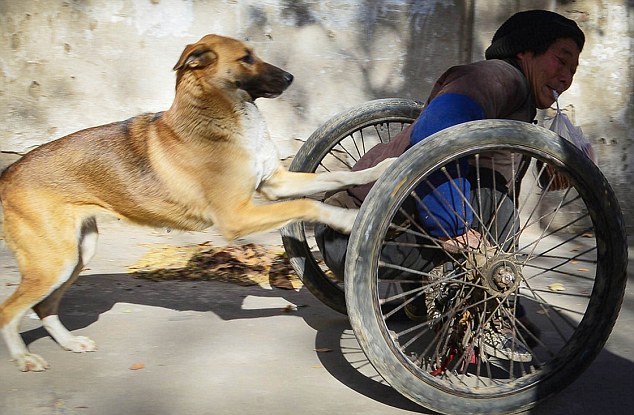 Unable to afford an electric wheelchair, Laoma made a DIY wheelchair and thanks to his best friend's help, he is able to get around and tackle obstacles that he couldn't before. 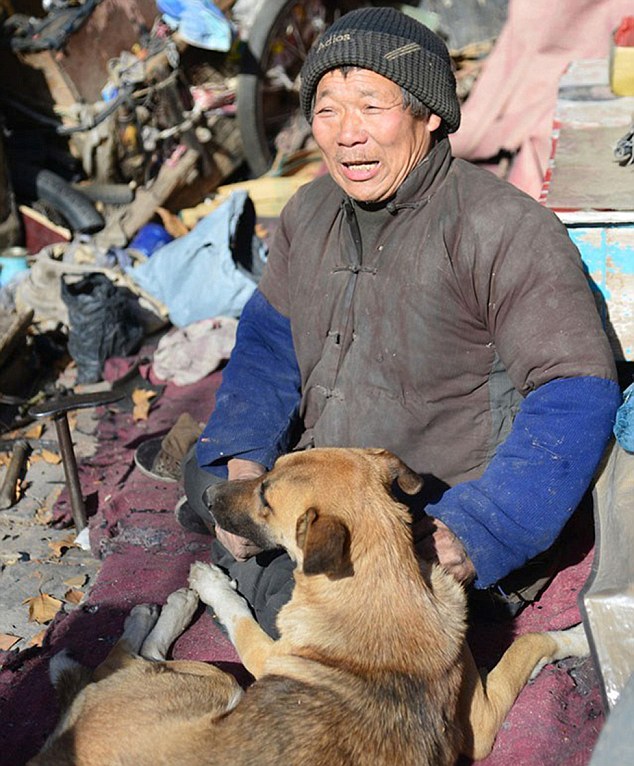 Laoma used to struggle to feed his dog but since locals have seen the supportive dog in action, they have been offering him lots of food. 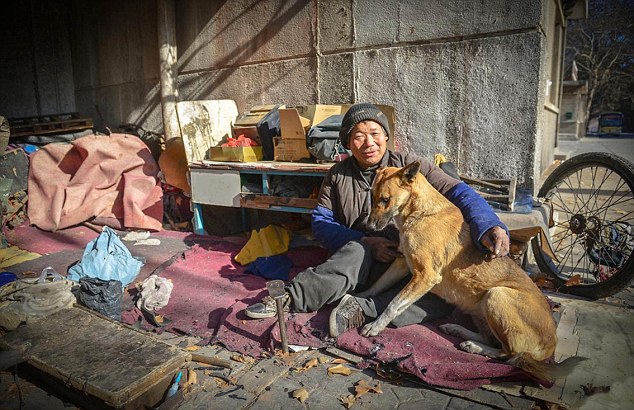 "Ever since the story was in the newspaper he has been even more enthusiastic about getting into work, because once he gets there his fans are waiting with all the tasty treats that he usually likes," Laoma finished.