Last month, an endangered elephant known as the "big tusker" was shot dead by a trophy hunter in Zimbabwe. People everywhere are mourning the loss.

Earning his name from his long tusks that practically reach the ground, the bull elephant was in the process of being studied by researchers who'd fitted him with a radio collar. Sadly, this didn't save his life and it is estimated that there could be as little as 25 big tuskers left in the wild. 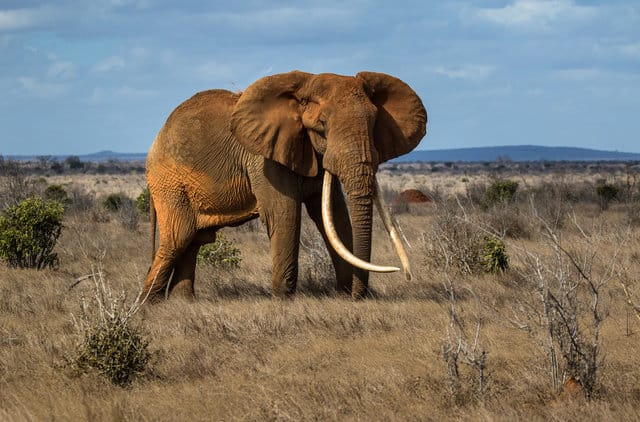 Frankfurt Zoological Society (FZS), which was studying the animal, wrote in a statement about the animal's death that "there is no law that protects a collared animal from being hunted in Zimbabwe" but instead a "general acceptance that the ethical position is that a hunter will avoid shooting an animal with a collar".

As it stands, elephants are dying faster than they are being born and this is all due to the ever-expanding ivory trade and loss of their natural habitat. If nothing changes, they could go extinct in our lifetime.

In trophy hunts, the elephants sought out are large males with big tusks as these make for the more ‘impressive’ kill. However, these older males are in fact the primary breeders and their size and age is in itself an indicator of their genetic health. Taking out these males removes this strong gene pool from wild populations, compromising the next generation of a species already in worrying decline.

Scott Blaise, CEO of the Global Sanctuary for Elephants (GSE), said in a profound statement:

Human greed continues to outweigh the value of life. There are few elephants of this iconic status who remain; as trophy hunters take them out one by one, elephants as we know them may be forever changed.

The Zimbabwe Professional Hunters and Guides Association (ZPHGA) is calling the death of this elephant “a genuine mistake due to a lack of communication.” A photo of the hunter, who reportedly traveled from Russia to participate in the hunt, has surfaced, showing him standing proudly beside the dead elephant. 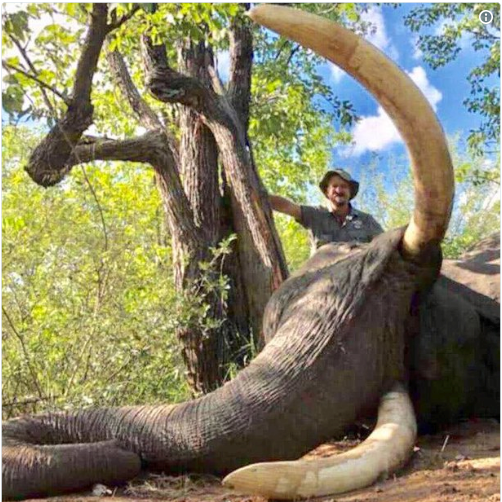 Picture of the hunter standing next to the elephant. Source: La Voix Des Animaux/Twitter

A spokesperson for the DSWT said:

Considering all we know about elephants, their sentience, their family structures and emotional capacity, trophy hunting is utterly unjustifiable and belongs in the past. For this elephant, his collar should have afforded him a safety net. Now, however, we’ll no longer be able to learn from this bull whose life was spent for the thrill of a kill.

To call for stricter protections of elephants and animals collared for research, you can sign this petition. You can also help elephants by donating to DSWT and to GSE.

If you recall, just 2 weeks ago, a circus elephant in Spain died after the lorry transporting it overturned. Two other elephants were seriously injured.