The entertainment industry has often come under fire for animal cruelty, and sadly despite the technological advances in special effects, many directors still choose to use live animals in their productions.

The most recent TV venture to be criticised for its use of animals is the upcoming series of HBO's Westworld. In one episode, the characters Grace and Nicolas use elephants to get around while hunting a Bengal tiger. The production was certified "No Animals Were Harmed", but many think that the reality of conditions during filming was very different. 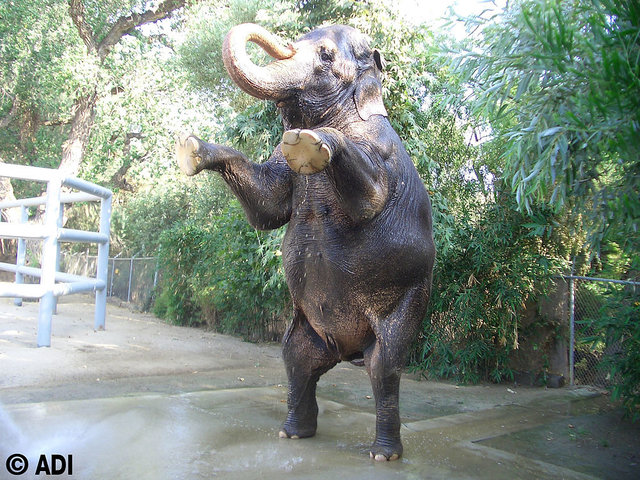 These two elephants are actually property of the Californian agency Have Trunk Will Travel (HTWT), an agency which trains exotic animals for use in cinema and other entertainment forms. The agency is well-known in Hollywood, whose animals were used in the films The Zookeeper and Water For Elephants, as well as in the music video for Britney Spears's song "Circus". HTWT also rented animals for use in advertising campaigns by major brands such as Cadillac and Visa.

Questions over the living conditions and training methods for the elephants arose from a video published by animal welfare association Animal Defender International (ADI). The video, which was filmed in 2005 but only recently published, shows elephants from HTWT enduring harsh treatment and poor conditions. 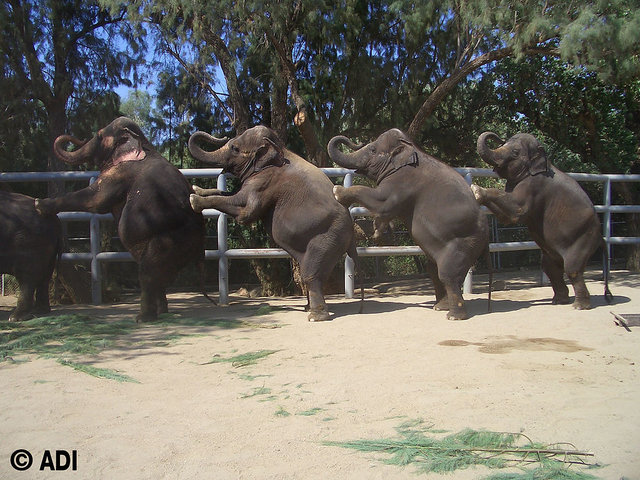 In the video, trainers are shown torturing and taunting the animals continuously as they teach them choreography and poses for the show. The elephants, which appear bewildered and frightened, are powerless in the face of chains and prods, which are cruelly used to prepare them for their film and TV scenes.

A trainer is seen forcefully handling a baby elephant, which is clearly afraid and struggling. The trainer continues to taunt the elephant by prodding it with a metal prong on sensitive areas such as the trunk. The elephant eventually begins to cry, and other elephants watching on do the same. 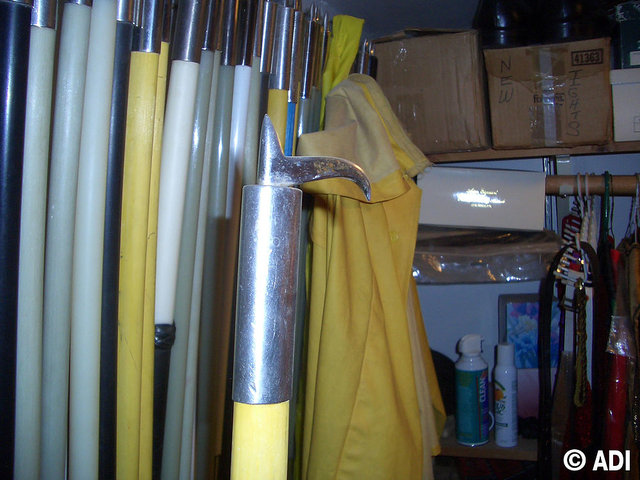 According to the voice-over on the video, when the elephants aren't in training, they are chained up for up to 12 hours, with no way of moving around or relaxing.

One of the elephants in the video is a female named Tai, who will now appear in the episode of Westworld in question. This means she has been suffering under the conditions shown in the video for over ten years.

Toni Frohoff, an elephant biologist who works with the organisation In Defense of Animals (IDA), told The Dodo:

Have Trunk Will Travel has exhibited some of the most vicious and sadistic treatment of elephants, including babies, that I have seen on film in my over 30 years as a wildlife behavioral biologist. There is no excuse or justification for abusing elephants like this, nor for mishandling a helpless baby's sensitive trunk, as is shown. 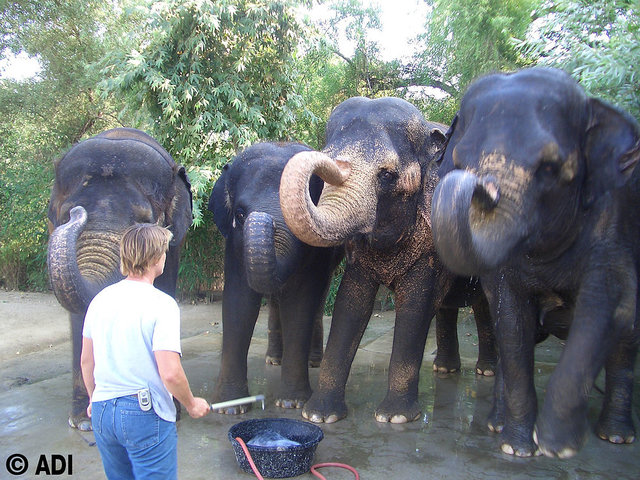 HBO quickly responded to the allegations of animal cruelty by saying in a statement that the images in the video weren't filmed during their production, and that they didn't reflect what happens on their set. They also pointed out a certificate from the American Humane (AH) organisation affirming that "No Animals Were Harmed" in the making of the production.

However, the AH has previously been known to wrongly award such certificates to productions. 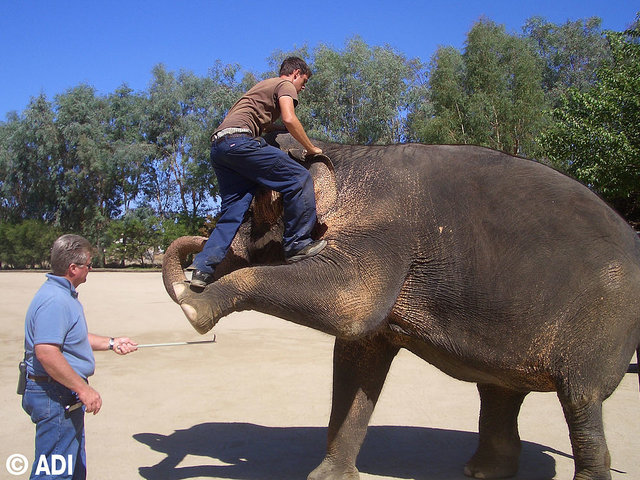 Jan Cramere, the president of the ADI, also commented on the developments:

With no way to guarantee the welfare of the animals off set, we urge HBO and other studios to end their use of live animals. There is no excuse for using the real thing when technology provides a realistic, humane alternative.

You can boycott such productions in order to stop supporting industries which still exploit wild animals for profit.

Below is the 2005 video of conditions at HTWT. Warning: you may find some images disturbing.