The Carson & Barnes Circus has had a long history of animal abuse complaints filed against it, and yet somehow, it pays the fine and manages to stay in business reports The Dodo.

The circus failed to meet minimum federal standards for animal welfare on numerous occasions. Many of the most grievous examples of this can be seen in the treatment of elephants. 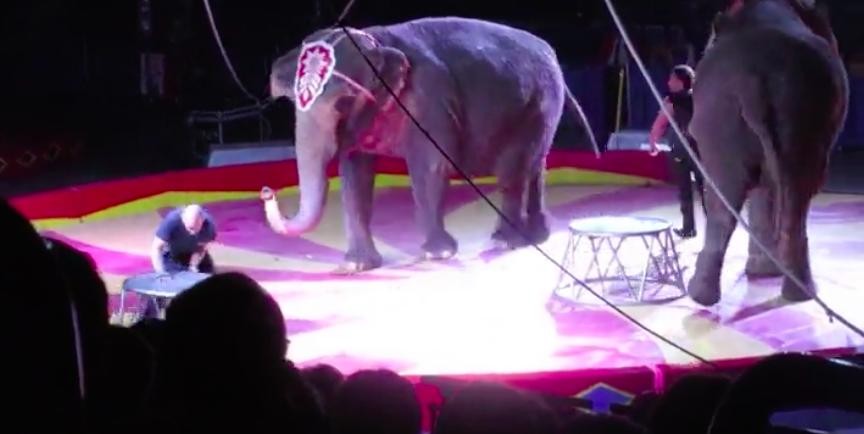 PETA acquired a video that was taken during one of the Carson & Barnes spectacles which shows Bunny, a 48-year-old elephant, limping.

The USDA followed up on these issues and discovered that she was suffering from an "underlying condition that would cause her discomfort" that neither her handler or veterinarian appeared to have noticed. She suffered for what was likely several months before receiving treatment.

Katie Arth, from PETA, explained to The Dodo:

Elephants often experience chronic pain, stiffness, and soreness as a result of being chained, forced to stand on hard surfaces, and being denied adequate exercise.

Another incident can be seen in a video, taken in 2013, that shows Habib Omar, one of the handlers, bathing three elephants, including the elderly, Libby. When she does not move forward quickly enough, he starts swearing at her and prodding her with a bull hook, which can break their skin. 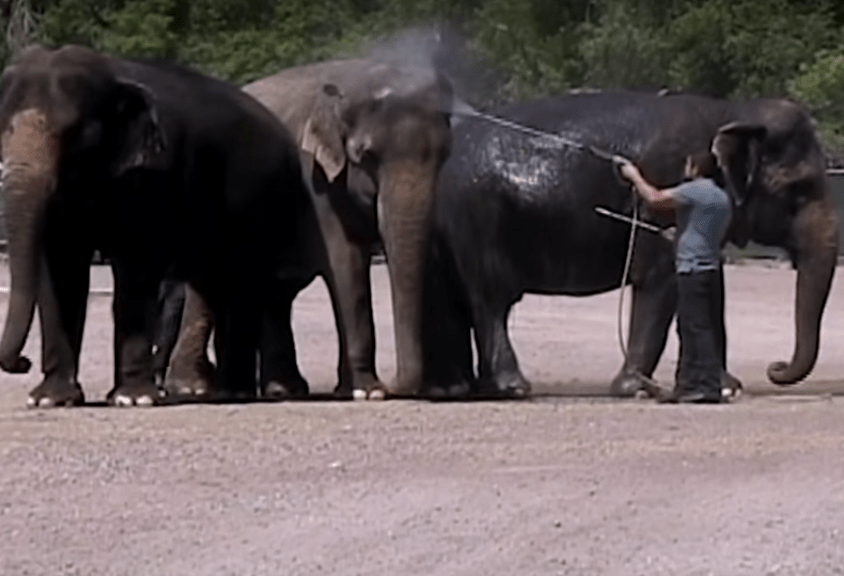 Omar has been involved in several of the animal abuse investigations with the circus, including the handling of Bunny's case.

In 2014, the circus called on the crowd to bang their seats and make noise, which startled the elephants causing them to break free. Two of them had cuts on their bodies.

Carson & Barnes ended up paying a $16,000 fine before being allowed to continue the show.

All this horror can be avoided by removing elephants from circus acts, but in order for that to happen there needs to be public pressure – financial or critical. 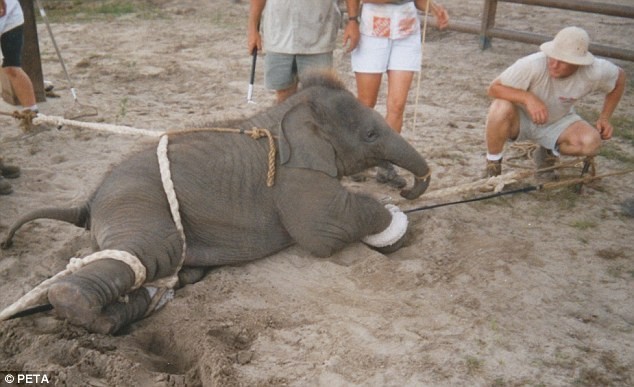 Not all negativity is due to handler malpractice, most of the suffering that these animals experience is due to the training process and the traveling that they have to endure. Ringling Brothers and Barnum & Bailey Circus both removed elephant acts from their shows. It is time for other companies to follow suit.

To support animals like these you can donate to the Performing Animal Welfare Society here. You can also contact Carson & Barnes directly here to tell them to put an end to the mistreatment.