On Sunday, July 23, the Sri Lankan Navy carried out a very unusual rescue mission. They saved two elephants from drowning around half a mile away from the shore. 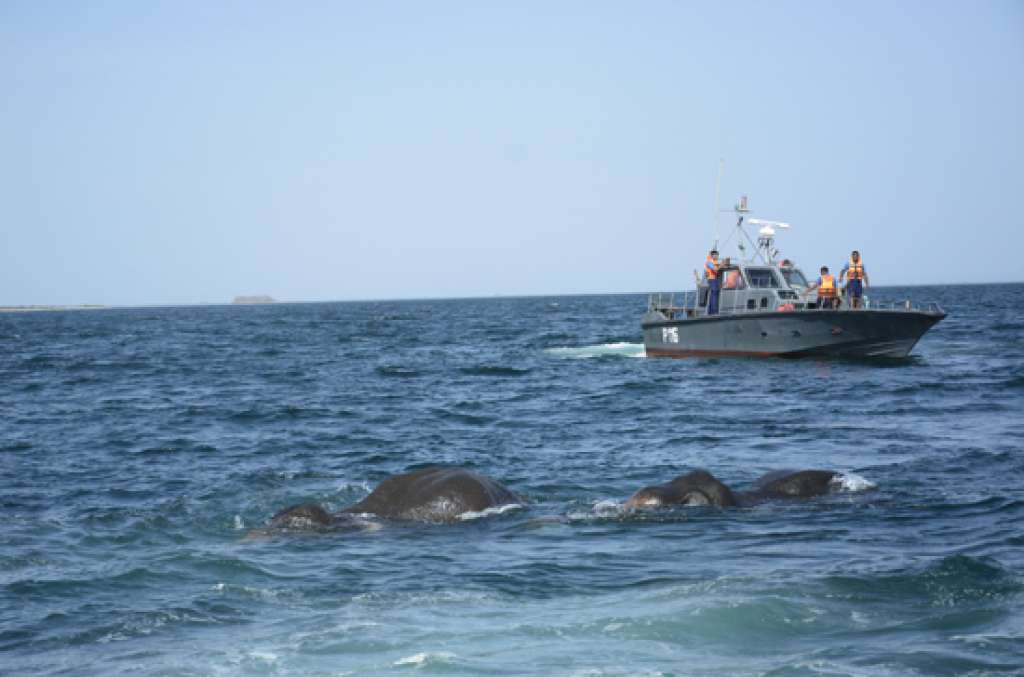 The elephants were swept out into the sea after they were hit by a strong current. Luckily, the animals are able to stay afloat and swim for some time, but will quickly become exhausted leaving them in serious danger of drowning.

When a patrol craft noticed the pair out at sea, they were clearly struggling to stay afloat. They both had their trunks raised into the air, desperately trying to catch their breath. 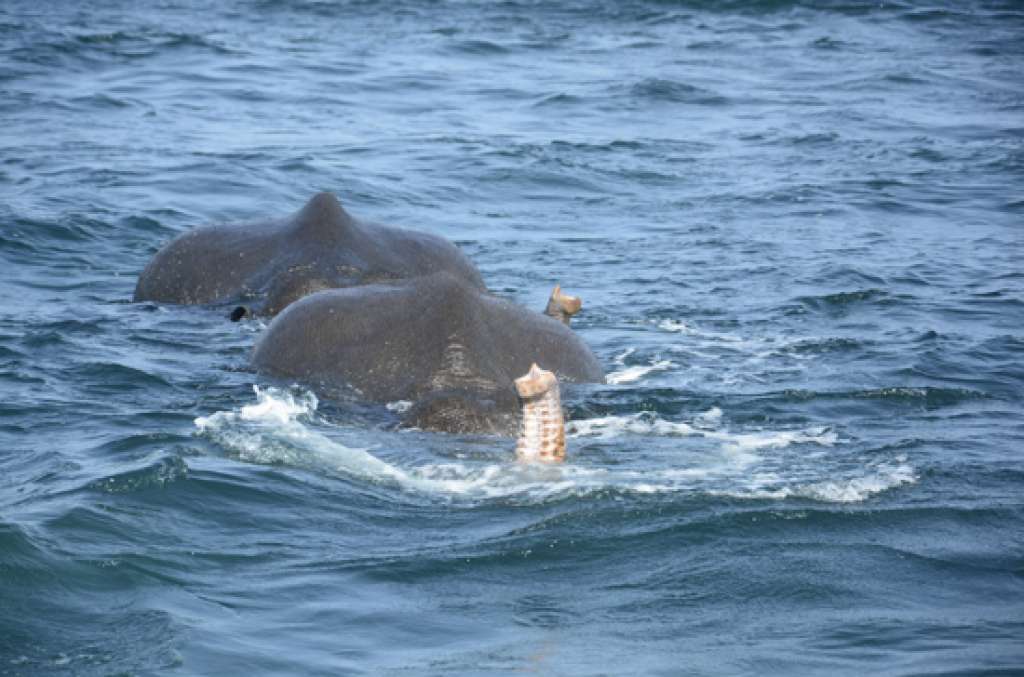 After seeing the animals in such imminent danger, the navy immediately set off on a huge rescue mission, equipped with a range of boats, divers, and ropes. It took just over five hours for the determined team to successfully secure and coax the elephants back to the safety of the shore. 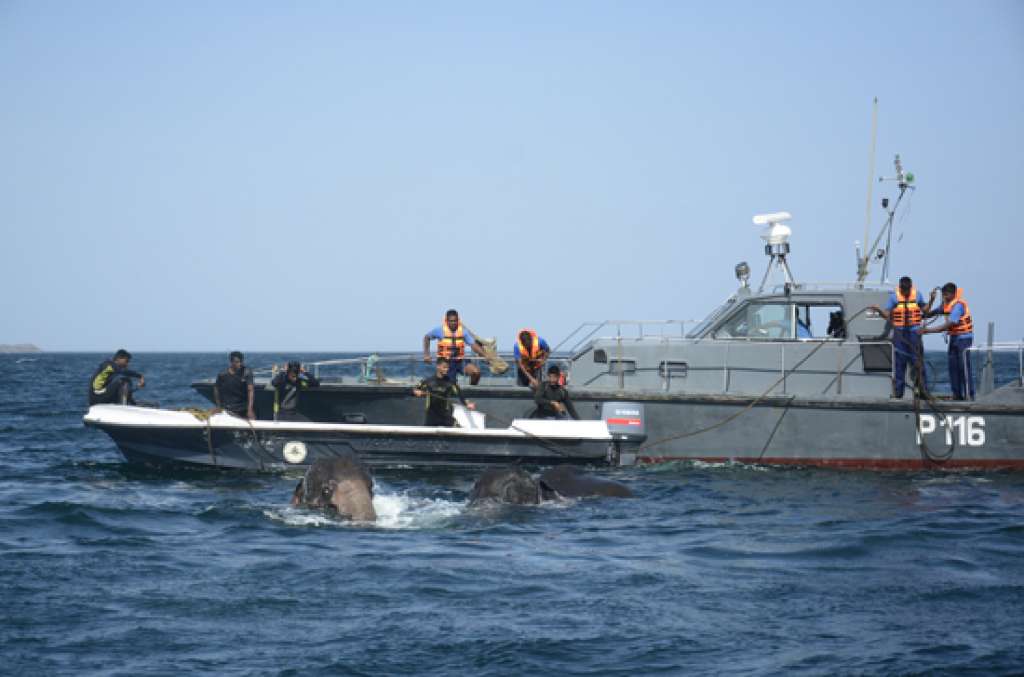 As soon as the huge animals reached shallow enough water, the pair were able to walk back to land. Amazingly, neither of them were injured throughout the ordeal. 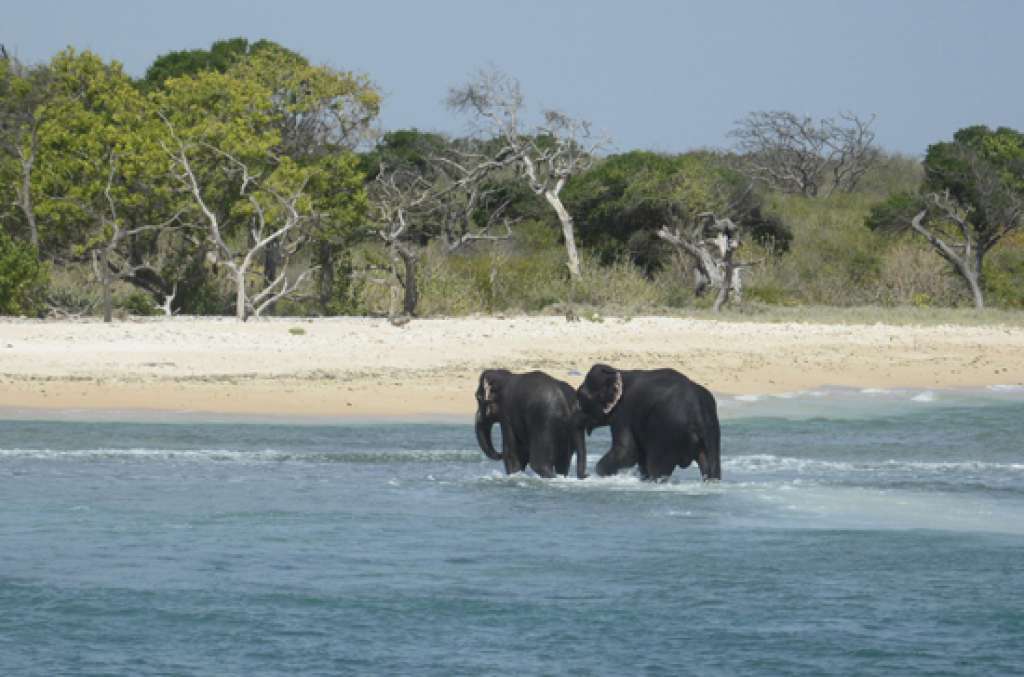 In a press statement, the navy explained:

Having safely guided the two elephants to the shore, they were subsequently released to the Foul Point jungle. They were extremely lucky to have been spotted by a patrol craft, which called in several other boats to help with the rescue.

Surprisingly, this mission came only weeks after another elephant had been found some five miles out to sea in another heart stopping rescue by the Sri Lankan navy.

Fortunately, the talented staff are more than ready to save these impressive creatures, no matter what strange situation they end up in.

Watch the amazing footage of their rescue below: