Precipitation of any kind has been scarce this year in the Tsavo West National Park in Kenya.

The drought could cause immense difficulties for the multitude of wild animals who live in the region. Many of the watering holes have had concrete linings added so the water won't evaporate as quickly, still, the cracked, dry earth leaves many to die of thirst.

But the organization TSAVO volunteers is looking to change that. 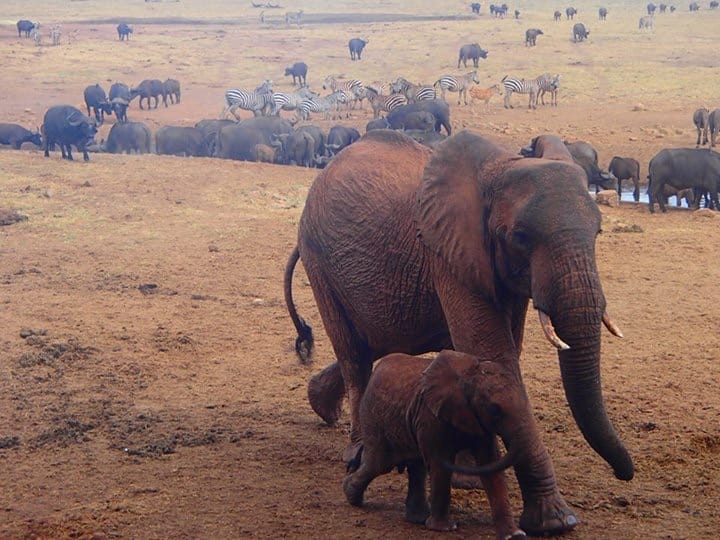 Patrick Kilonzo Mwalua is a 41-year-old pea farmer in his local village, but in his spare time, he works as a truck driver. A water truck driver to be precise.

Mwalua, who is also known as "the elephant guardian," drives around for hours at a time bringing over 3,000 gallons of fresh water to the plethora of parched animals. 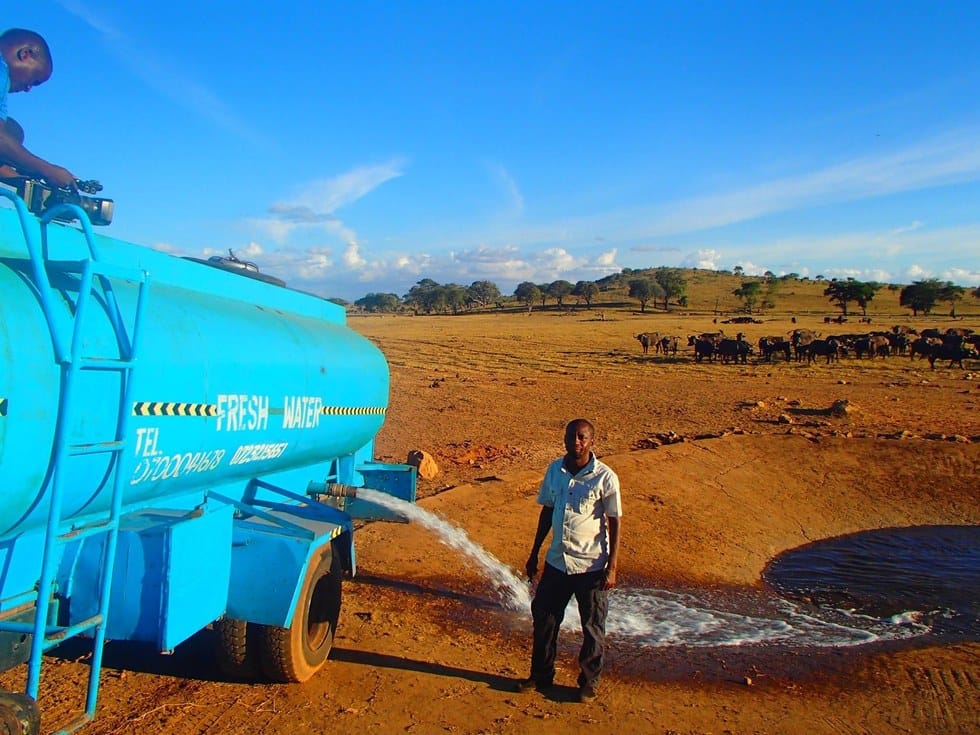 He described the reasoning behind his  on his GoFundMe page:

It is now very dry in Tsavo and water has become a very precious commodity because there is a shortage of water due to lack of rain […] and this has got us all very worried of losing many animals from antelopes to elephants if nothing is done very urgently. […] Elephants are becoming endangered from poaching and we need to save the ones we have left by providing water for them until the drought peril is over. 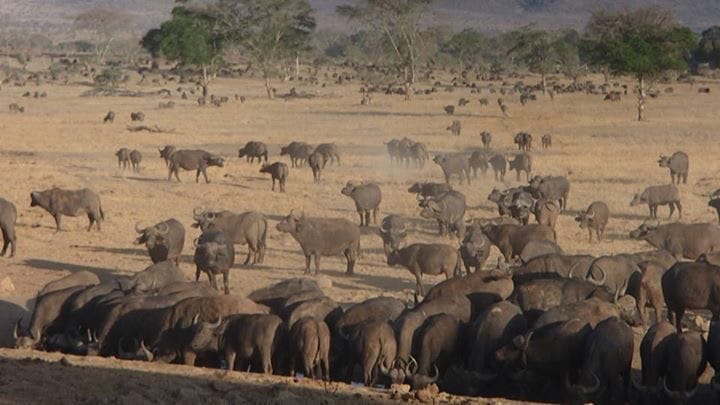 The animals in the area have come to recognize the rumbling of the truck as it approaches and fearlessly gather around the watering hole to wait for the lifesaving delivery. Mwalua told The Dodo:

Last night, I found 500 buffalo waiting at the water hole. When I arrived they could smell the water. The buffalo were so keen and coming close to us. They started drinking water while I was standing there. They get so excited. 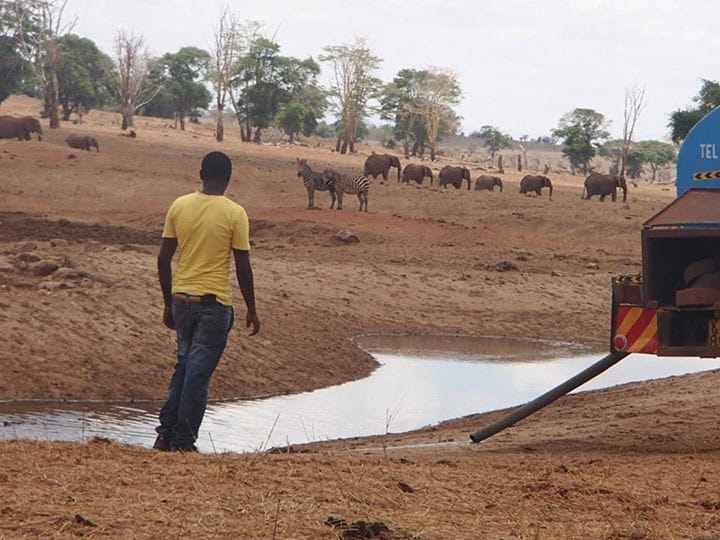 Between his work as a farmer and his water project, he also runs the TSAVO volunteers, teaching children and adults alike about the importance of wildlife conservation. He is passing down his passion for the animals and land in his region to younger generations.

Elephants often come at night when food is scarce to eat the crops the farmers grow. Mwalua has been working with the people in his village to create a night patrol to scare off the elephants with flashlights, so that people desperate to save their family's food stock, won't take any drastic measures against the animals, such as traps or poison darts. 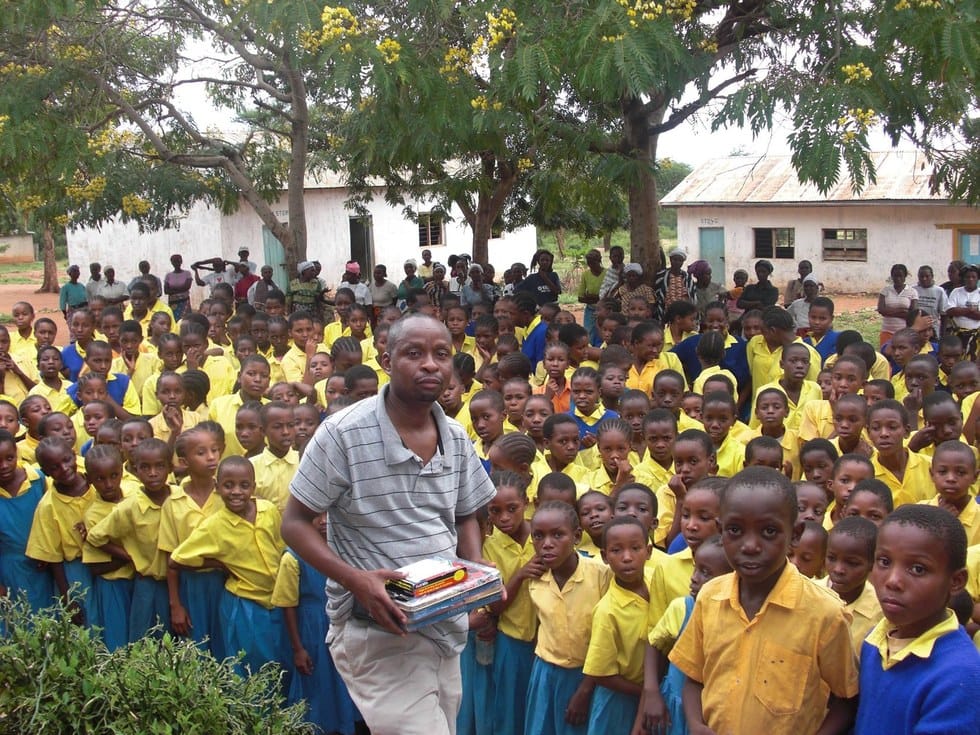 This brave man's incredible work has earned him attention from all over the world, but he still needs funds to rent the trucks and equipment needed for all of these vital measures. If you would like to donate to his cause you can do so, here.