A little puppy who was left to drown in a sewage tank is miraculously alive thanks to the amazing work of the association Animal Aid Unlimited in India.

The puppy had fallen into an open sewage tank, and would have no doubt drowned to death if a passerby hadn't heard his final cries. 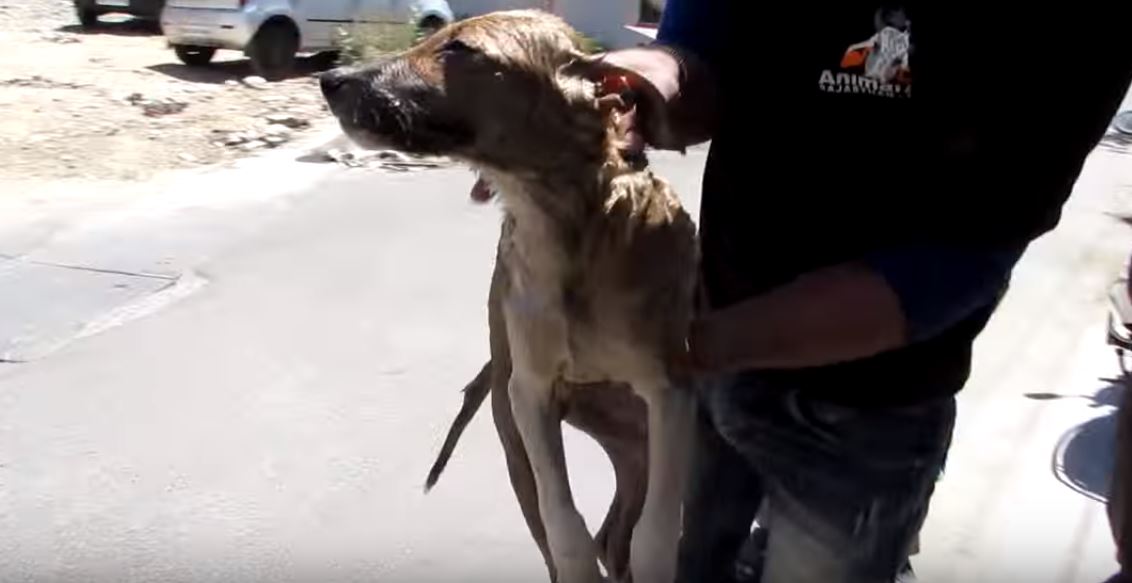 Sadly, this kind of thing isn't uncommon in India. All sorts of dangerous wells, drains, pits and tanks are left open with no adequate form of barrier, so wandering strays like this puppy can easily fall into them with no hope of escape.

Indeed, on April 17, a couple heard a strange noise coming from the sceptic tank on their private property.

They soon realised it was the desperate moans of an animal who was clearly struggling.

So they decided to ring Animal Aid for their help, as the association is very well-known in India for its amazing animal rescues.

A young volunteer called Ganpat took a huge risk by deciding to go down into the toxic tank to save the animal's life.

Gently lowered into the small opening by his coworkers, Ganpat made a shocking discovery when he reached the bottom of the tank.

There in the corner, he managed to make out the silhouette of a tiny distressed animal breathing its last in the waste water.

The whimpering made it clear: it was a puppy. 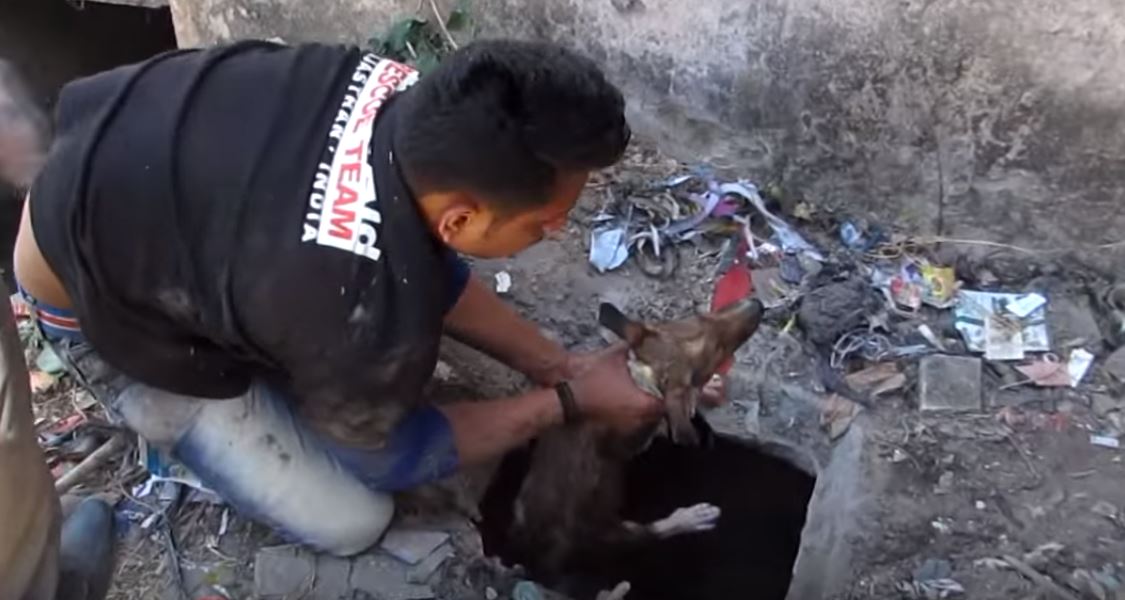 Reaching forward, he gently picked up the exhausted puppy. Then they quickly dried him up before taking him to the emergency vet, where he would need urgent care.

After two days of intensive care, he slowly started to recover… But he was still afraid of humans. 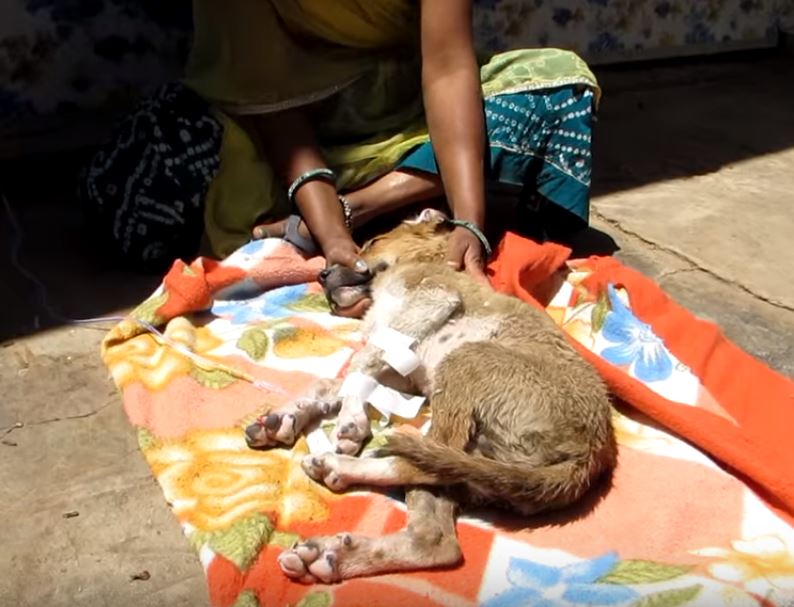 But after a few more days, the puppy started to come out of his shell, and realised that humans could in fact be kind.

So now he loves nothing more than spending the day getting cuddles from all the volunteers! 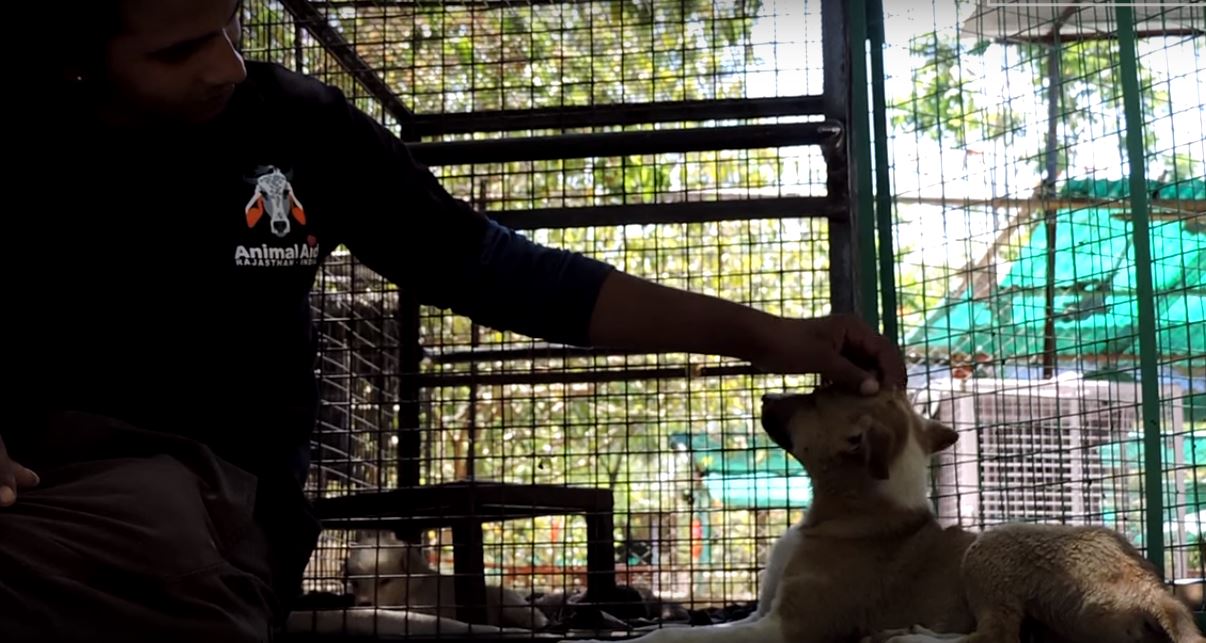 If you'd like to see more of the incredible work this charity do, or to make a donation, you can visit their website here.