With a red beret on his head, and a custom paintbrush in his mouth, this three-year old black Lab called Dagger, aka "DogVinci", starts painting a blank canvas. His human, Yvonne Dagger, only has to say the word "paint" and the canine artist happily gets to work in his home in Long Island, New York. 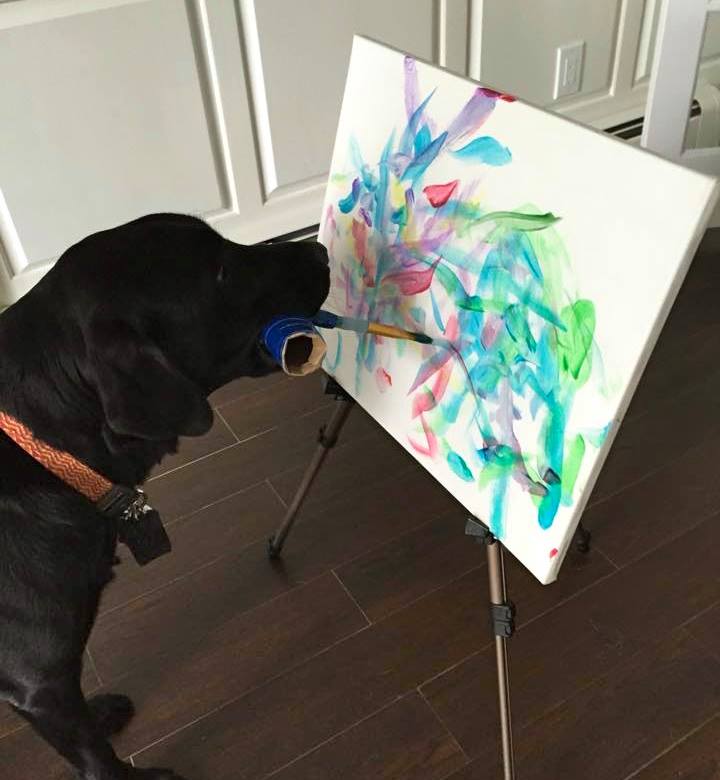 Dagger was in training to become a service dog for the disabled when he learned to pick up a paintbrush. His artist mother, Yvonne, told ABC7 News how his painting career began:

He just started nudging me, and I said, 'Dagger do you want to paint?' So his tail started to wag. I said OK.

A couple of years on, the four-legged artist is now using his talents to help train service dogs for disabled people. Indeed, each piece of art is sold for around $50 – $200 and the proceeds go to Canine Companions For Independence, an association which trains service dogs. 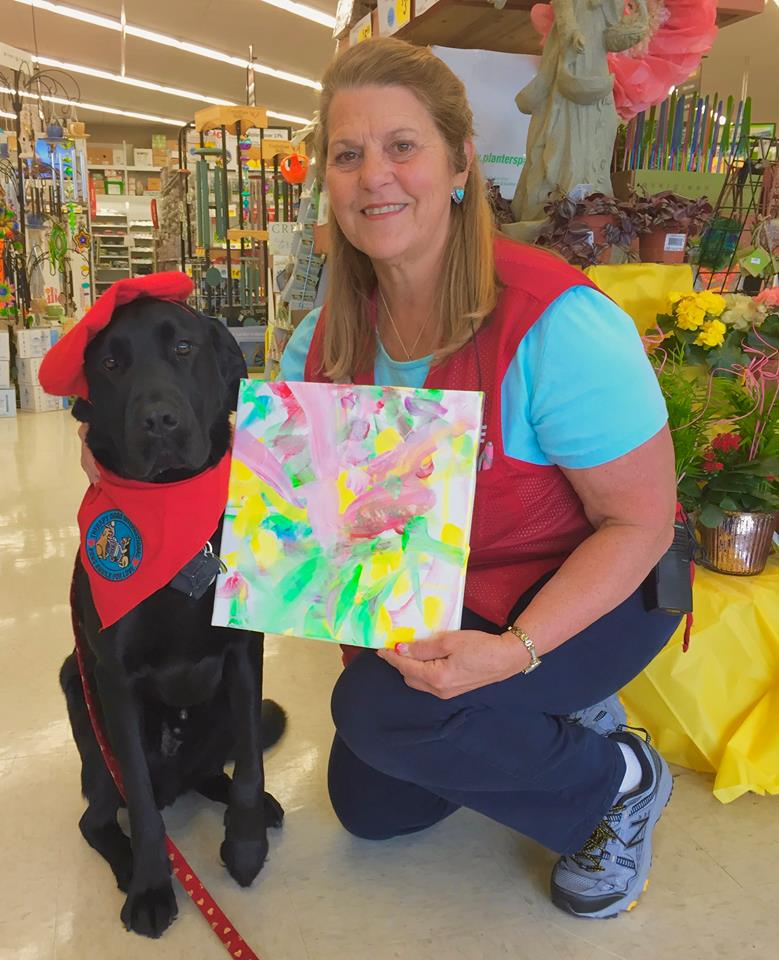 Last November, the adorable black Lab even painted live in front of a large audience at a fundraising event. His creative flair managed to raise over $700 for Forgotten Friends of Long Island, an animal rescue organisation. While he's not painting, Dagger works as a therapy dog for a rehabilitation and nursing center in Freeport.

Posted by Dagger II aka DogVinci on Monday, 11 April 2016

People from all over the world are now commissioning the dog, dubbed "DogVinci", to make them masterpieces. ""Every stroke you see on the canvas is Dagger's work," Yvonne added.