Since the end of December the United States, particularly northern and coastal areas, has been gripped by a brutal cold snap. Over the last few days, the sudden drop in temperature has sadly taken the lives of people and animals alike. 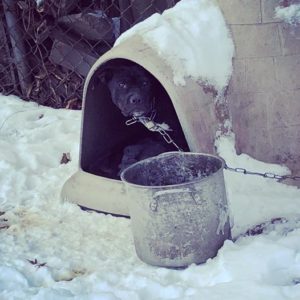 Shelters and rescue groups have seen an alarming rise in cases of neglect, cruelty to animals and calls for them to come to the aid of dogs and cats in need.

On January 4, local newspaper the Hartford Courant reported that a 50 year old woman was arrested after leaving her dog to freeze to death in a dog house outside her home in Connecticut.

A veterinarian who examined the dog, a young Pit Bull, said that he had been brought into her clinic "frozen solid". He was also underweight. 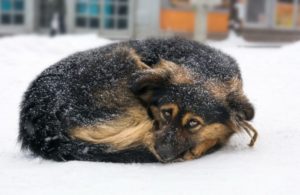 This isn't the only case of neglect seen in the U.S. over the last week. Earlier in the week in Detroit, Michigan, Detroit Dog Rescue reported that they were looking for a man who had abandoned a Pomeranian in a cage in front of their building. Sadly, since they weren't open overnight, the dog froze to death before volunteers came to work the next morning. 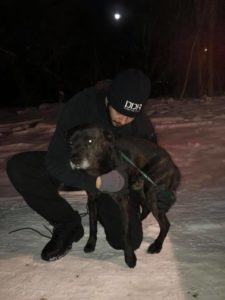 The shelter said that the number of calls they get about animal abuse and neglect has risen sharply:

Because of this awful weather, we're getting more calls, Facebook messages and emails than usual. […] Detroit Dog Rescue has received more than 600 calls, messages and emails over the past three days, and we're doing everything we can to fight the cold.

In Ohio and New Orleans, where the number of calls to rescues has also risen, many cases of hypothermia have been reported by the press. Shelters are calling for people to take better care of their pets, who can often feel the cold more acutely than we do.

Smiledog published an interview with Dr. David Rosene, a veterinarian at Shorewood Animal Hospital in Wisconsin to get his advice on what families with pets should do to make sure their four-legged friends are comfortable over winter.

He explained that animals don't show that they're cold in the same ways as humans do, so pet parents should learn the signs. 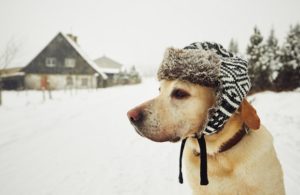 For example, you should make sure there is always an easily accessible, non-freezing water source while they are outside, and wipe down their legs with warm water when they come back indoors from walks or play dates in the snow. As sidewalks are often salted or gritted to stop them from freezing over the accumulation of freezes and snow, you should also wash their paws to avoid it getting caught between their toes, which can irritate their paw pads.

For now, shelters and rescue groups are staying extra-vigilant and warning families with pets to do the same. They also recommend that people don't let their furry friends outside unaccompanied until the cold snap has ended.

The simplest way to protect your pet is to remember that if you are cold, so are they. Read our article on what you should do if you see an animal alone outside.