The Catalan sheepdog is a breed of Catalan Pyrenean dog used as a sheepdog. This dog is bred in Europe, especially in Spain, Finland, Germany, and Sweden.

They are renown for being loyal and affectionate dogs that are highly intelligent and great around children of all ages. Their alert and protective nature also means they make excellent watchdogs.

History of the Catalan Sheepdog

The Catalan Sheepdog is a very ancient and rare breed of herding dogs that developed in Catalonia (North-East Spain), during the establishment of the Roman Empire. The Romans introduced two types of dogs to the Iberian Peninsula in about 200 to 100 BC when they marched across these lands, one was to protect the flocks of livestock they brought with them and the other was to herd cattle.

The dogs the Romans bought with them in their travels were crossed to native Catalan dogs and this produced the Catalan Sheepdog. They were developed to be good at herding and to also guard the flocks and were valued for being hard working, active, courageous, loyal and kind.

The dog's popularity wasn't limited to North-Eastern Spain but in the rest of the country too. They were used during the civil war to carry messages and to stand guard as sentries which earned them the reputation of being highly intelligent and dependable.

Like most breeds, their numbers declined after World War II, but thankfully during the seventies, breed enthusiasts made sure they didn't disappear altogether. To this day, the Catalan sheepdog is still one of the rarest breeds around with very few puppies being registered with the Kennel Club every year.

The Catalan Sheepdog is a small to medium sized dog that has a strong, well-proportioned head and a skull that's slightly longer than it's wide. There is a distinct furrow in the centre of their skulls which gets flatter as it reaches the back of a dog's head.

The muzzle of a Catalan Sheepdog is short and rather blunt and they have a black nose. Their ears are set high on the head and triangular shaped while their eyes are dark amber to a chestnut colour with black rims. The breed always has an intelligent, alert look about their eyes.

The Catalan Sheepdog has a moderately short, solid and muscular neck that's set nicely into their shoulders. They have muscular legs and well sprung ribs with their chests almost reaching the level of their elbows. Tails are bushy and long which dogs carry low and slightly curved. 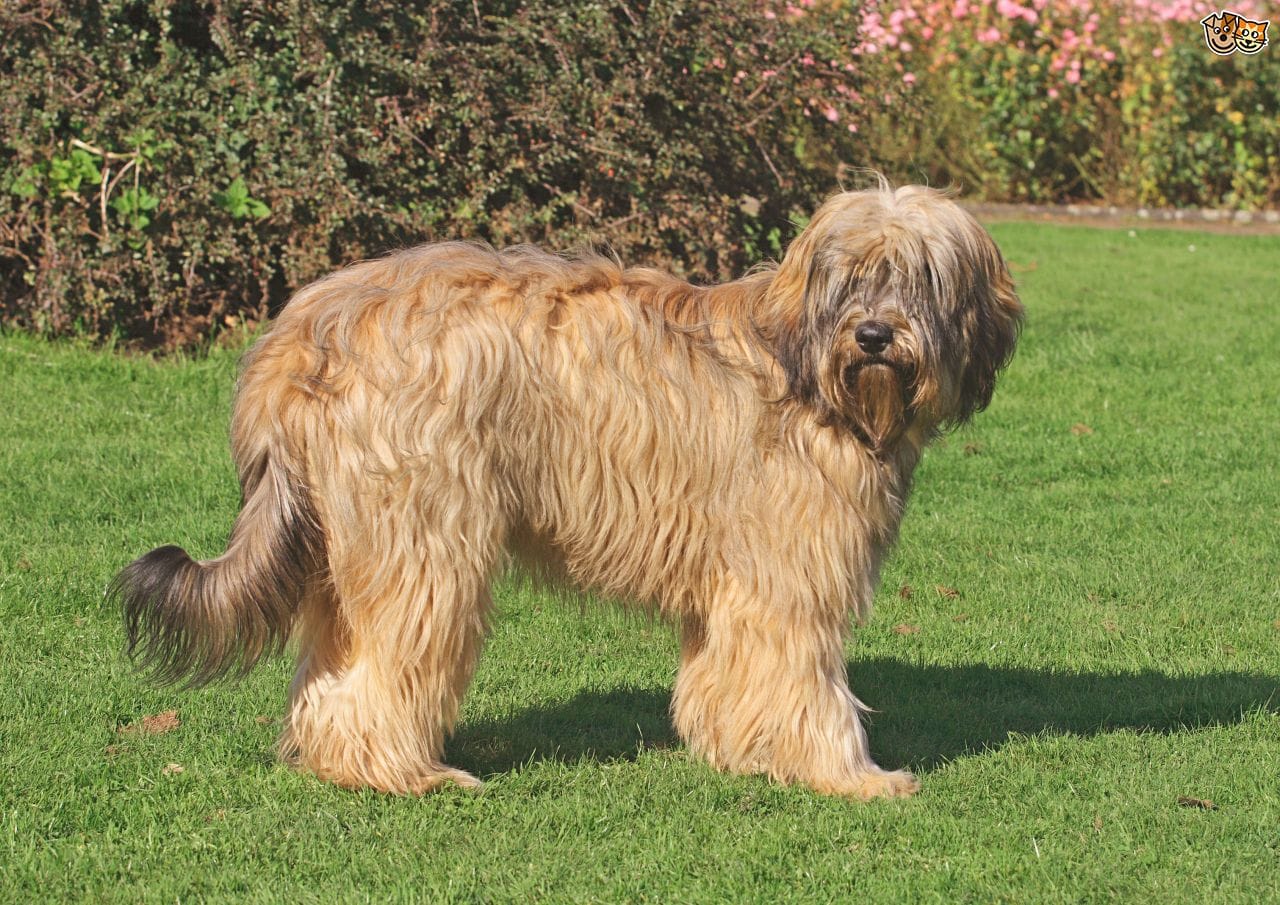 The Catalan Sheepdog's coat is rough, moderately long and can either be slightly wavy or straight. They also have a fine, dense undercoat and slightly longer hair on the muzzle which forms their characteristic moustache and beard.

Hair is also thicker on a dog's hindquarters and their legs and their toes and tails are extremely well covered in hair. The accepted breed colours for Kennel Club registration are as follows:

Catalan Sheepdogs are playful, active, intelligent and happy dogs with a bold nature that makes them a great family dog as well as working dog. Much like other sheepdogs, they do tend to become protective of their humans. This loyalty makes them great guard dogs.

These protective instincts can also go into overdrive especially where their food and toys are concerned, and they can become wary and suspicious of strangers so early socialization is needed.

They are a good choice for first time owners because they are intelligent, always eager and willing to learn which added to the fact these dogs pick things up very quickly makes them easy to train. Catalan Sheepdogs get along well with other dogs and animals due to their naturally calm nature.

They are not a good choice for people who live in apartments but thrive in a country environment or with people who boast large, secure back gardens who have enough time to dedicated to these lively, active and intelligent dogs.

Like most breeds, the Catalan Sheepdog is known to be susceptible to a few hereditary health issues.

The conditions that seem to affect the breed the most include the following:

The average life expectancy of a Catalan Sheepdog is 12 to 14 years.

These dogs will need a brush about three to four times a week so that makes it above average in terms of coat care, but this is because it does tangle easily. It is low to moderate in terms of shedding so there may be a little hair around the home, and it may need occasional trips to a groomer.