After losing the only life he had ever known, Rio, a 10 year old golden-retriever mix was on the verge of giving up.

Most dogs find it difficult adjusting to shelter life but for Rio, this was just a reminder that his owner of over a decade, was gone. 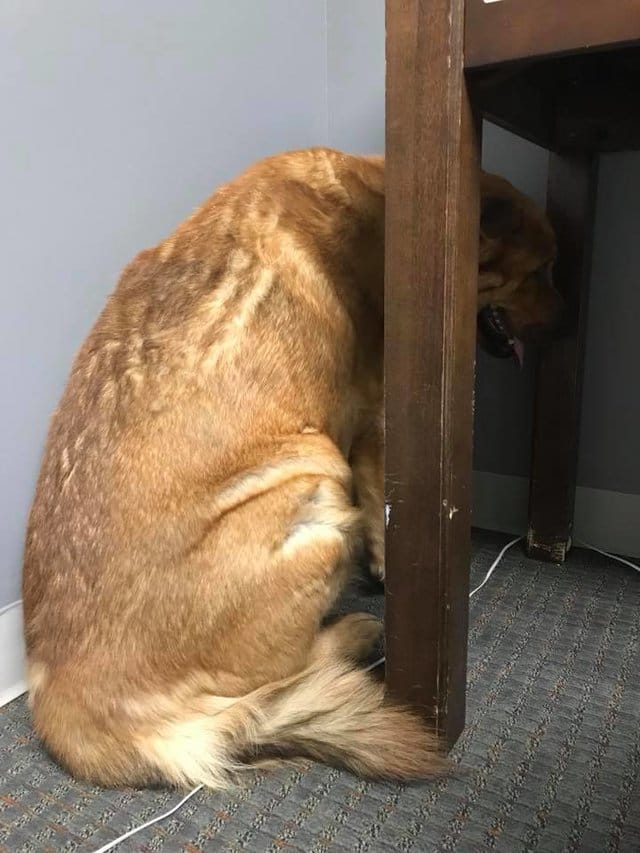 After his human suddenly passed away, he was all alone so instead of living out his final years in comfort, Rio found himself in a loud kennel, a far cry from his loving home.

The poor pup seemed to be in mourning and ready to shut down. This abnormal behaviour didn't go unnoticed by employees at Detroit Animal Care and Control who immediately knew that if they didn't act fast, they could lose Rio forever. 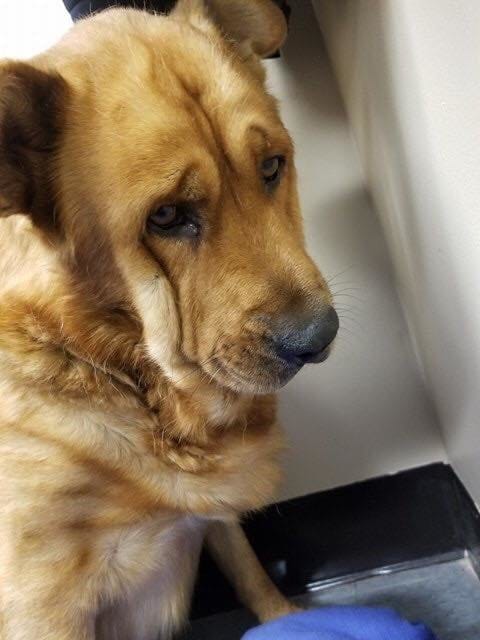 With this in mind, they called Detroit Dog Rescue (DDR). Kristina Millman-Rinaldi, executive director of DDR, told The Dodo:

We take on [the shelter’s] tougher medical and mental health cases, so dogs who may be shutting down or suffering from kennel neurosis. A lot of people don’t realize what intuitive and sensitive creatures dogs are. They sense, like humans, everything that’s happening around them.

It wasn't long before Rio earned himself a reputation as "the saddest dog in Detroit" and true to this, he continued down the dangerous road of depression. 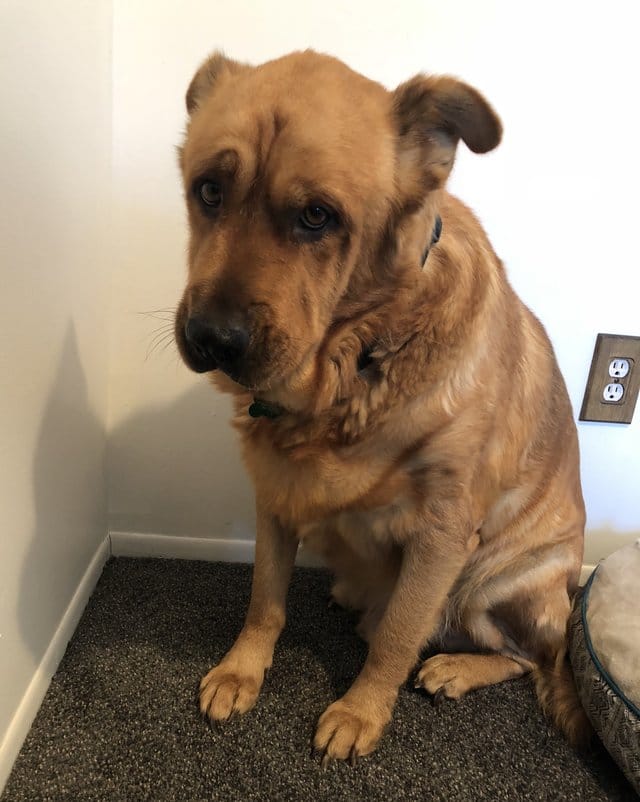 He was not being reactive to anybody. He was just facing a corner, wouldn’t look at anybody, wouldn’t respond to his name and was really having a tough time with losing everything he had ever known.

She knew that Rio's best hope would be to find him a loving foster home so with this in mind, she made a call. Some people may have hesitated to take on such a difficult older dog, but for DDR field volunteer Ryan Callahan and his wife Tashia, there wasn’t a question in their mind.

Callahan, who already cares for another DDR foster and their two family dogs, said:

It was just right dog, right place, right time. He needed us, and we were able to provide the one-on-one time he needed.

So on a snowy night before Valentine's Day, they brought him home and for the first time, Rio didn't shirk away. He even had his own special room in Callahan's home office just to make sure he was as comfortable as possible. 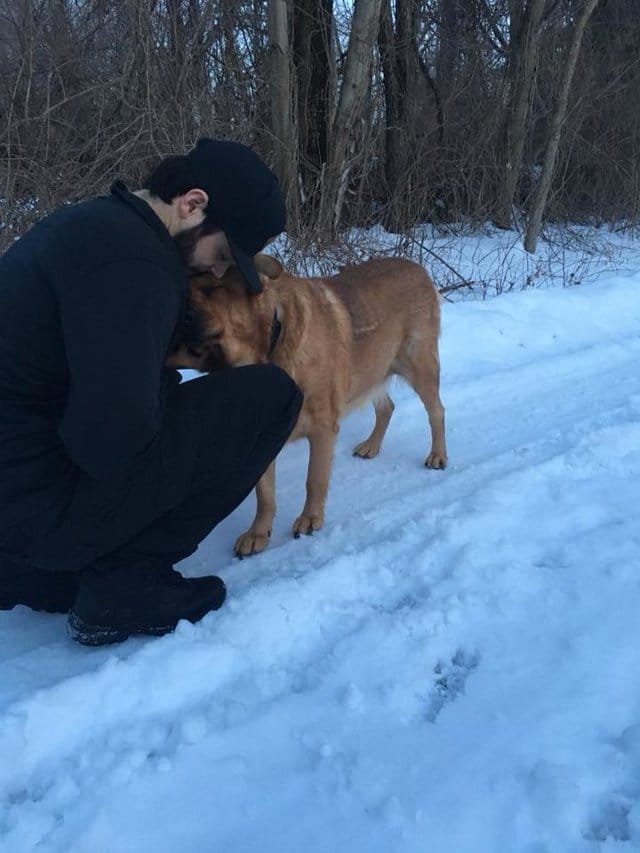 For the past week, Callahan, who works from home, has spent each day with Rio at his feet, and every day Rio becomes more relaxed. Here now loves to sit on Callahan’s lap, and will even look him in the eyes, delighting in his new human.

I don’t know if it’s becoming more familiar with my wife and I, or learning that he’s still loved, but over the last week, he’s gone from not leaving the corner of the room and howling nonstop to sleeping through the day. Every time we walk by him, he wags his tail, and he loves going for walks in the woods with us. 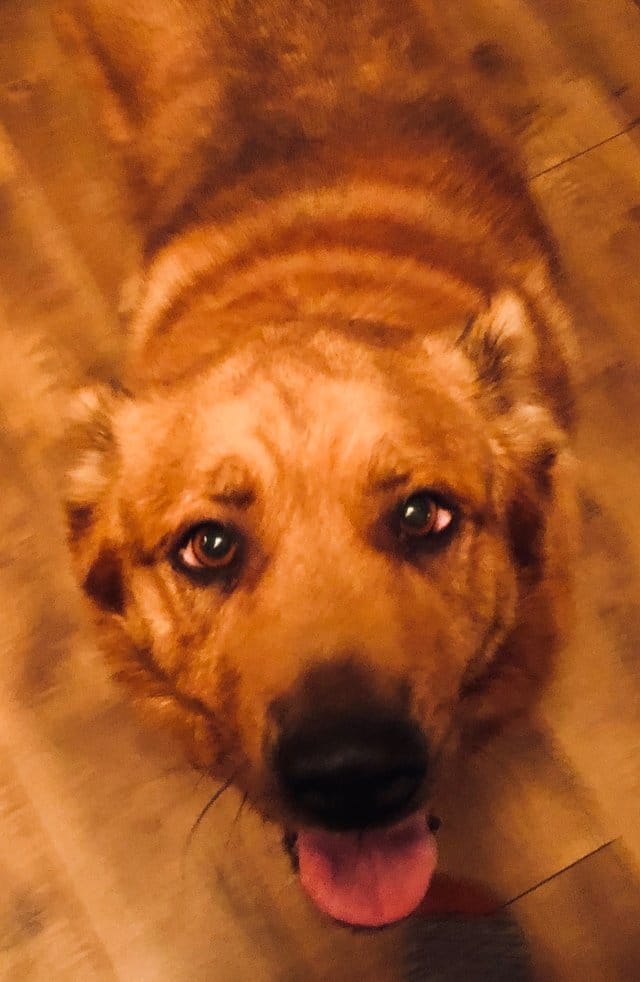 Callahan believes that the reason Rio has made such great strides is that "he just needed a place in someone’s life.” He also went on to say:

My hope is that he doesn’t have to go another day wondering where he is or what is happening around him. That his new life — whatever that ends up being — is even better than his last one. 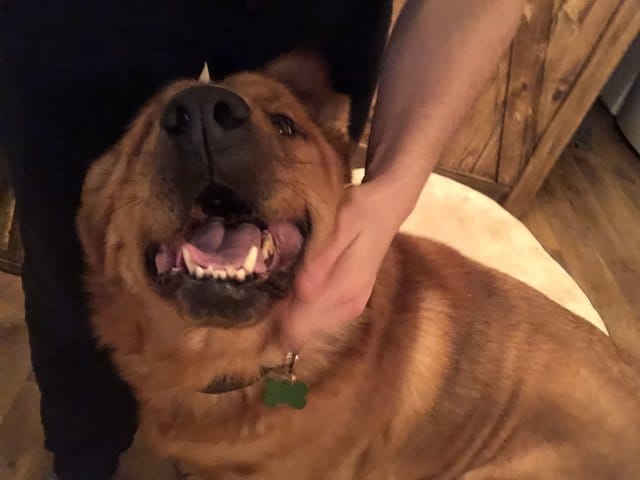 Millman-Rinaldi said that she "hopes that he finds his place [and] his purpose again" and that one day, he will once more be "whole again".