Danpoong had a difficult start in life. She spent her first year and a half living on a dump in Islan, South Korea with nobody to care for her. 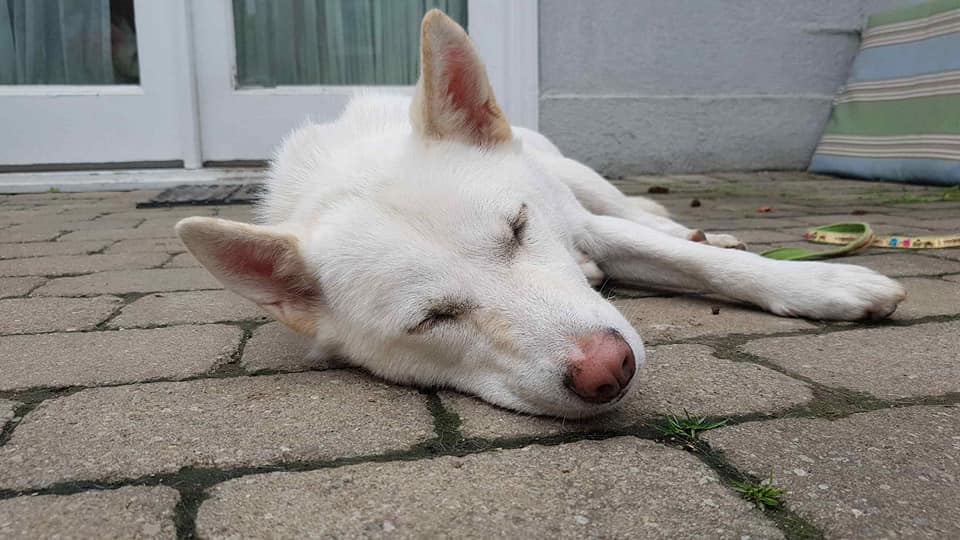 As a stray on the streets of Korea, she found some sort of refuge in the dump where she could always scrounge and forage for scraps of food to keep her going.

The Korean Jindo was treated as a guard dog by the owner of the dump, but he never showed her any affection or kindness. Local residents assumed that he would eventually either sell the canine into the meat industry, use her for breeding or eat her himself. 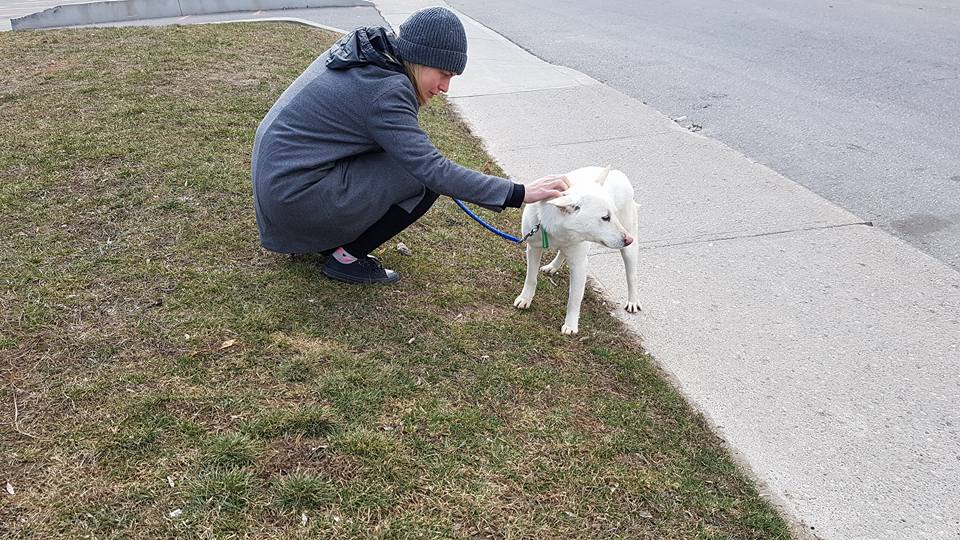 Free Korean Dogs became aware of the canine's precarious situation and they embarked on their rescue mission. A member of the association, Jinoak, began to try and persuade the owner of the dump to surrender the dog.

After it was discovered that Danpoong suffered from heartworm, she succeeded by convincing the man that the dog was no longer good to be sold, and so he gave her up.

Danpoong's rescue story had finally begun after such a long time of neglect and discomfort.

So long without treatment had left the Korean Jindo extremely weak and underweight. She needed time to recuperate her strength before she could be transferred to North America where she would wait to find a forever home.

Ms. Jung, an avid animal lover, offered to take care of the brave dog until she was strong enough to move on and six months of lots of love and attention later, Danpoong set off to Toronto to start her new adventure. 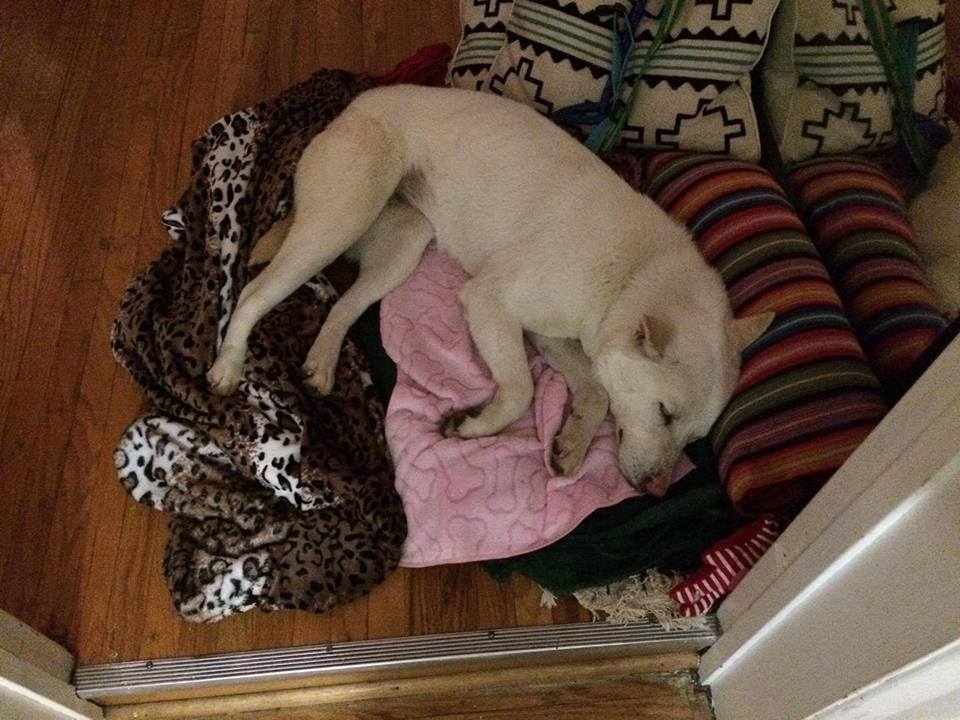 She arrived at her foster home in Toronto, Canada, and while the canine got along very well with her foster mother, the same could not be said for her boyfriend. The pooch felt very protective over the lady, ultimately meaning that the couple could not adopt her and so she began her search for a forever home again.

Just when Ek Park, of Free Korean Dogs, was ready to take the sweet dog back in, she escaped.

However, this panic was short lived and amazingly, Danpoong was found a couple of days later in front of a nearby building, He described to The Dodo:

At first she was suspicious, like ‘Who are you?’ And then she remembered me and came directly to me and started licking my face. You could tell that she was so, so happy to see me. 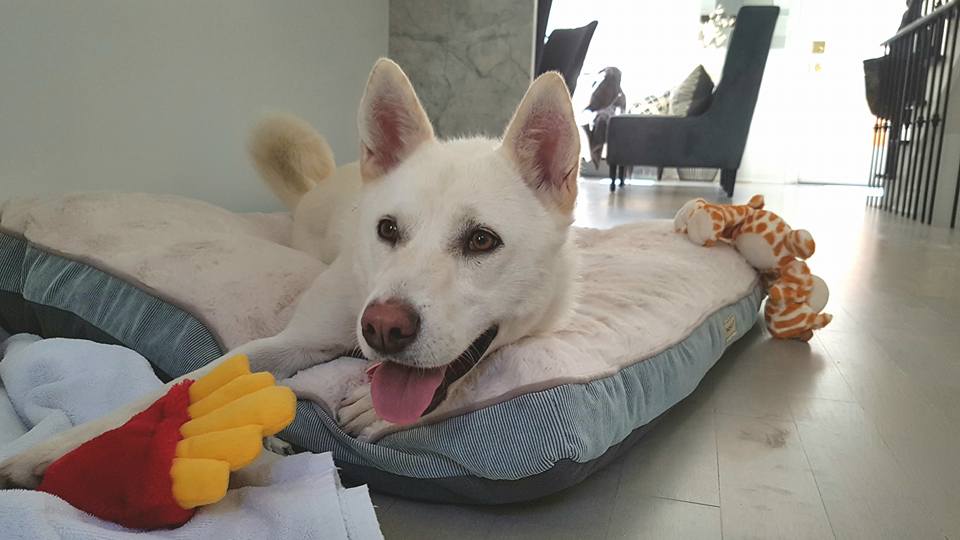 A short while later, they found just the man they had been waiting for, Vincent Choi. The animal lover was more than ready to take on the responsibility of getting a dog and even took a month's vacation off of work to help the canine settle into his new home.

It took time for the canine to relax in her new surroundings, but with plenty of love and affection, she blossomed into a playful and trusting girl, ready to forget all about her tragic past. 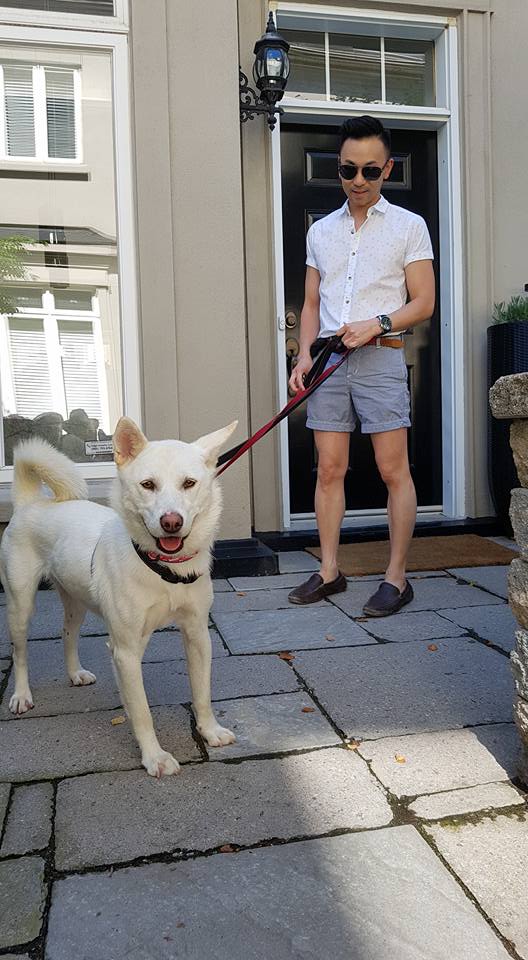 While Doonpang was lucky enough to escape and find a wonderful new home, the fight against dog meat does not end here – we need to keep on campaigning until the trade is outlawed completely. LCA has made incredible progress in the fight against this horrifying industry. You can help support their vital work by making a donation.