A few weeks earlier, the same rescue home saved a Pitbull named Star from a shelter where no one wanted to adopt her. As fate would have it, Star and the nine puppies ended up in the same foster home, under the amazing care of Crystal. 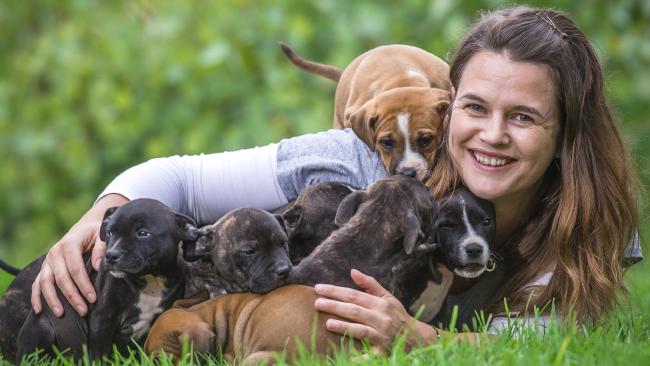 Star immediately took the puppies under her wing and became their very own surrogate mother, after their mother had sadly died from overbreeding.

The litter of nine puppies had been bred in a disgusting chicken coop, where their mother Jewel had been forced to give birth to five litters in three years. Sadly, the four-year old mother Jewel did not survive the years of havoc on her body.

Our beautiful 'Star' who only 3 months ago was rescued from a pound now plays surrogate mum to the pups. Her happy ended started yesterday when she was adopted into a gorgeous family of her own

Although the puppies were devastated by their mother's death, they luckily found a new foster mom in Star. Saskia Adams, president of Forever Friends Animal Rescue told the Geelong Advertiser:

[Star's] story with the orphaned puppies is a heartwarming miracle in itself out of the tragedy of Jewel’s loss. 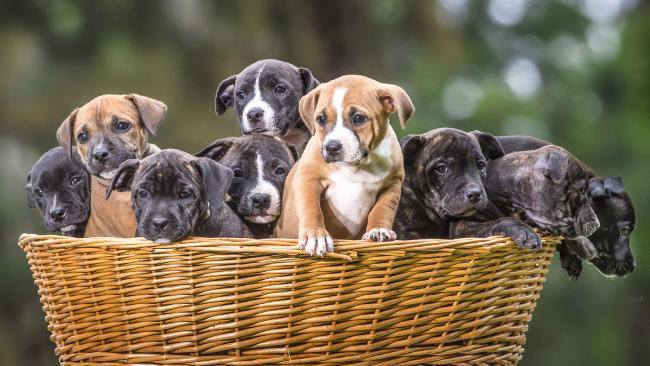 And after a few weeks in their foster home, Star and all nine puppies have now found forever homes! Whilst what happened to the puppies' mother is terrible, Star's maternal affection for them has been a true miracle.