It is often said that dog's have a sixth sense and this certainly rang true for Sasha, an adorable pit bull whose brave actions have people everywhere hailing her as a hero.

Late on Sunday night, her mom, Latana Chai, was lying in bed at home in Stockton, California, when suddenly, she was woken up by a frantic sound which she soon discovered to be Sasha, barking and throwing herself against the back door. 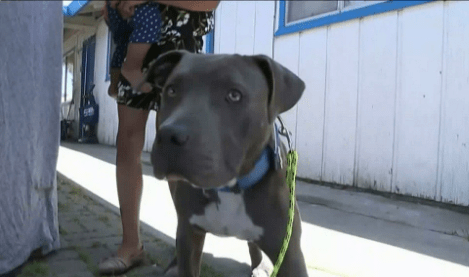 It soon dawned on Chai that she and her seven month old baby Masailah were in grave danger. According to The Dodo, she said:

As soon as I got to the door, she runs in [and] starts barking, and I’m like, 'What the heck is wrong with you? Like, you don’t do this. I looked up and there’s black smoke coming from my neighbor’s house. You can see the flames coming out.

Soon enough, the fire spread to Chai's unit and Sasha knew there wasn't a second to waste. The animal ran straight for Masailah. Chai said:

I ran into the room and I see Sasha. She has my baby by the diaper just dragging her off the bed — trying to get her to safety. 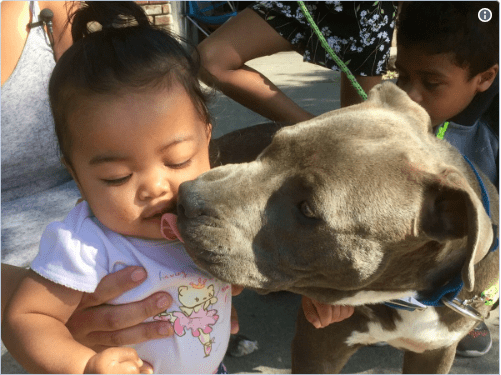 Chai followed Sasha's lead and rushed outside, whereupon she immediately called 911 for help. Firefighters were soon on the scene to put out the blaze and although damage to the building was extensive, all the residents were able to escape in time and this was all thanks to Sasha.

She saved us all. She is our hero. Without her, we probably would've never made it out.