Glynis, a Shar Pei, was found dumped in the U.K., and it was obvious she was in bad shape. The was unable to walk and bleeding. 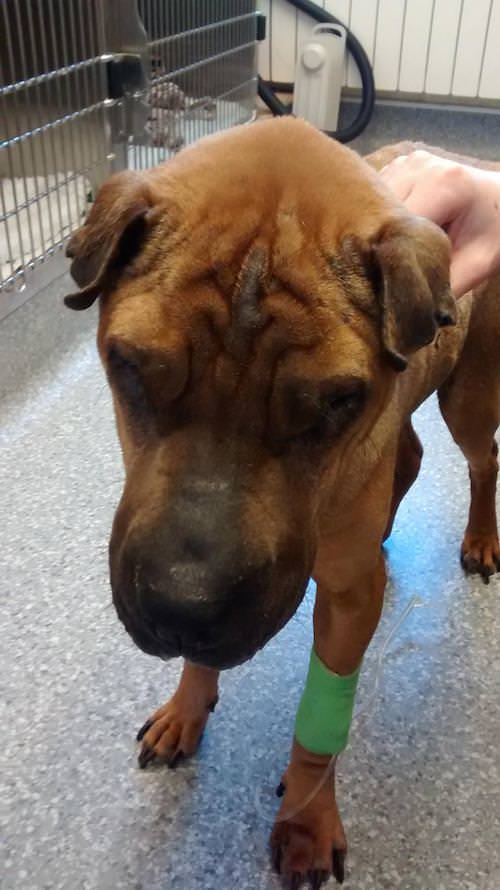 The dog, who was between nine and 10 years old, was immediately rushed to the vet. They discovered she had pyometre, a deadly infection of the uterus, in addition to being malnourished and in an obvious state of neglect. 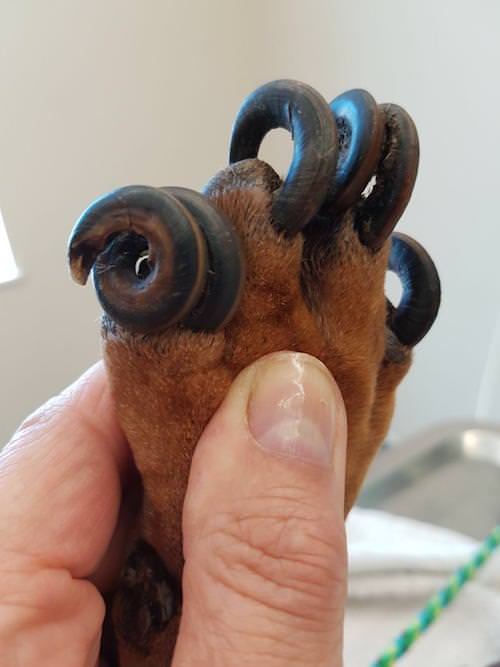 The people who found her couldn't afford her bills and the vet wanted to put her down, but she called Rescue Remedies who agreed to take care of her. An investigator for the RSPCA, Rachel Smith, said in a statement:

Her nails had curled around three times before embedding in her pads which were horribly infected – she’d clearly not had them clipped or been walked for a long time. 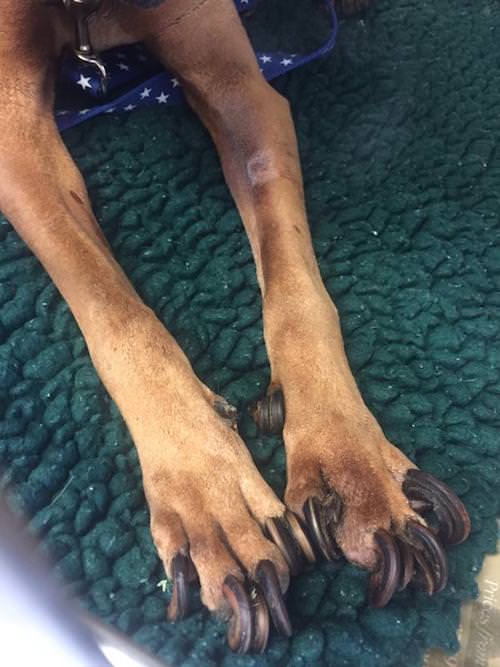 In addition to these injuries, she had ear and eye infections, as well as muscle loss from lack of exercise.

Veterinary staff said they’d never seen such a severely neglected dog in all their years of practice. She was in a disgusting state. I suspect this poor Shar Pei had been used as a breeding machine, shut in a small crate and expected to churn out litter of puppies after litter for her owner to sell for profit. It’s no life for a sweet, gentle and beautiful dog. 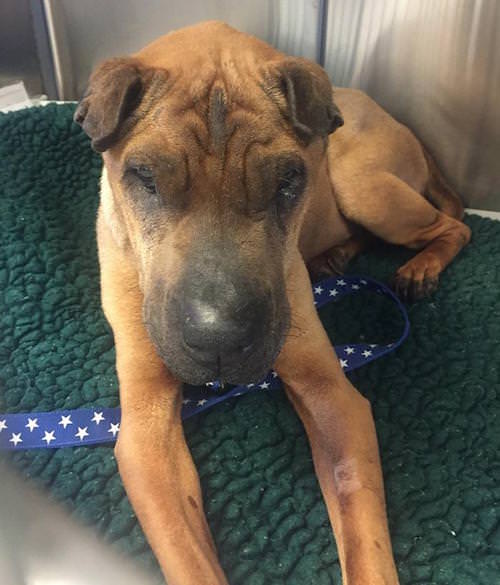 Thankfully, she is taking well to treatment. Once her nails were trimmed down she was able to walk again.

Despite her difficult past being abused for a puppy mill, Glynis is the sweetest dog, who loves affection and everyone around her. Inspector Smith continued:

Glynis has a dear, dear temperament and has won many hearts. She is really good, gentle and receptive.

The RSPCA is looking for any leads as to who may have treated the dog in such a horrible fashion. 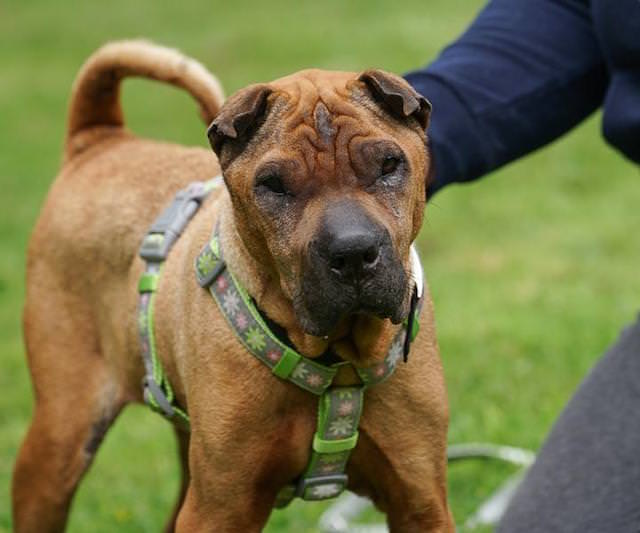 It’s inexcusable to allow an animal to get into this condition and to cruelly abandon them so I’d be really keen to hear from anyone who recognizes Glynis or may know where she’s come from.

For now, she is available for adoption, and is looking for a loving forever home. For more information and updates, you can check out her page, here. You can also donate to her care, here.