Six months ago, Poppy Yang rescued a stray puppy from a parking garage in Taiwan. It seems this act of kindness brought her good karma as the little dog soon went on to return the favour.

While Tuesday February 6 may have started off like any other day for Poppy, little could she or anyone else have predicted that later that evening, a powerful earthquake would strike. Her puppy, named Twenty, seemed to mysteriously sense that something wasn't quite right. 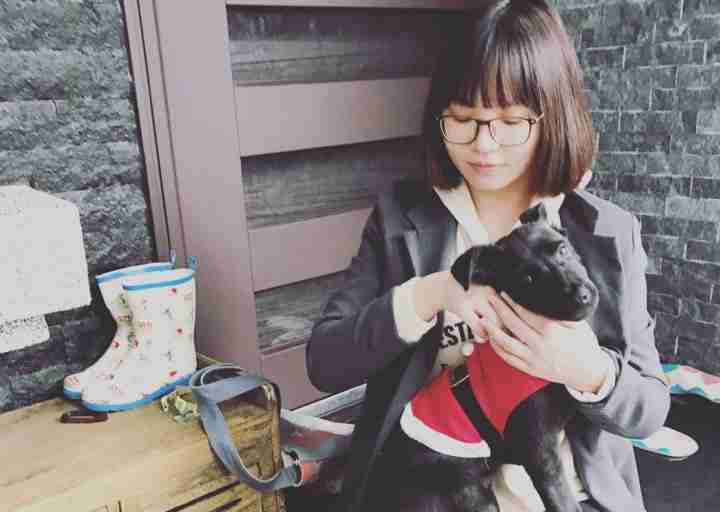 Poppy said to The Dodo:

At about 11 o’clock that night, I arrived home and I went out to play with the dog downstairs for a while. We were heading upstairs at 11:30 when suddenly the dog ran back outside and started barking at the ground.

She said that it wasn't his normal bark and that he seemed particularly "distressed" about something.

After playtime, Poppy intended to go back inside and take a shower. Twenty, on the other hand, had other plans. She said that "she told him to stop playing and come inside" and that "a few seconds later, he rushed outside again and continued barking", clearly quite concerned.

This unusual persistency on Twenty's behalf delayed Poppy's shower and probably for the best as just minutes later, the 6.4 magnitude earthquake hit. 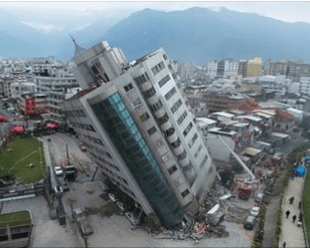 A building in Taiwan caught in the earthquake. Source: The New York Times

Thankfully, once the quake had stopped, neither Poppy nor her pup were hurt. Besides numerous objects in her house falling over, the damage to the building appeared to be relatively minor. However, upon entering her bathroom, the very place she would've been if it weren't for Twenty, she was greeted with a floor covered in glass from the shower door.

I would have been seriously injured, because the moment the glass broke there was no place to hide. People say that animals have the ability to predict things and it seems like it's true.

It has been said previously that animals , dogs included, can detect the vibrations and sounds preceding an earthquake, thanks to the acute sense of hearing which humans don't possess. 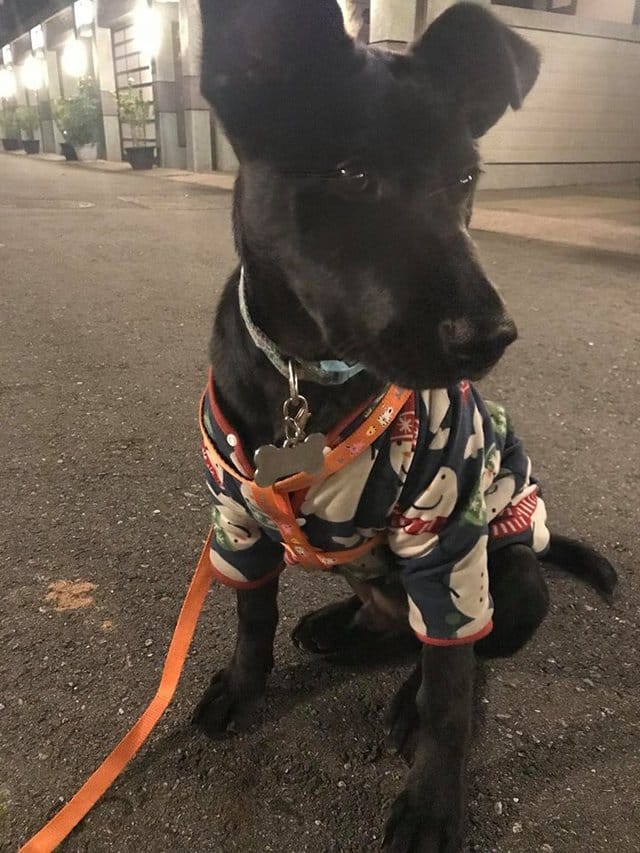 Source: Poppy Yang
No-one will ever know for sure whether Twenty's sudden change in behaviour was due to this but it nevertheless potentially saved Poppy's life. It seems the pup was returning the favour after being rescued just months before with Poppy saying:

I am thankful he delayed me. I think it is our duty to look out for one another. We will live together forever, until we’re separated by death. This is the best way we can thank each other.