When Nicole Grimes was 14, she was forced to part with her dog Chloe Bear for reasons concerning her dad's work. She never imagined that seven years later on they would once again be reunited. 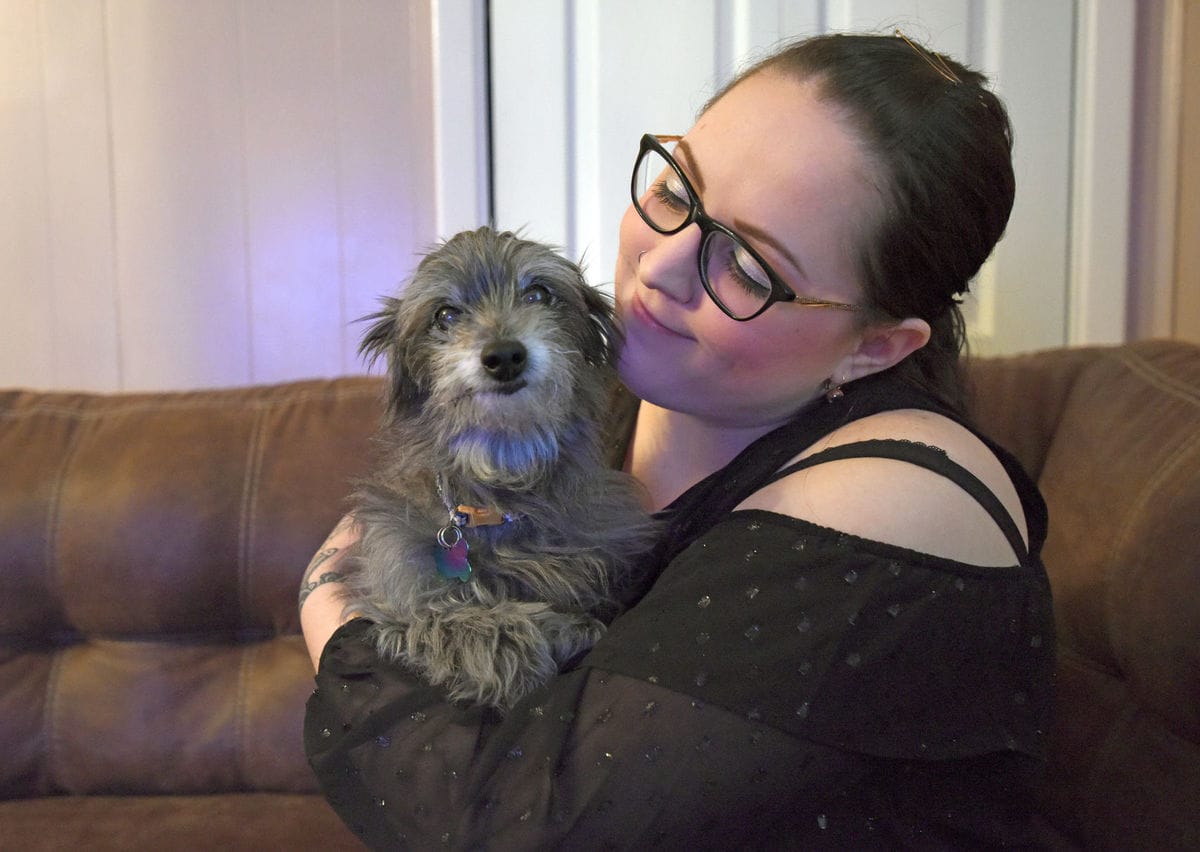 This miraculous reunion was all thanks to the power of social media. Grimes' Facebook friend posted saying that she was trying to re-home an older dog named Chloe. Grimes said to Observer-Reporter:

It looked very similar to my puppy when I was little. So, on a whim, I said, 'I’ll take her.'

To confirm that the dog was indeed her Chloe Bear, Grimes took her to a local veterinary clinic where the vet would be able to find out her microchip number. As luck would have it, the numbers matched and the two were once again together with Grimes saying "I felt like I won the lottery. That was one of the most exciting moments of my life. I just never thought I’d see her again.”

Aside from shrinking and mellowing a bit and losing her teeth, Grimes said Chloe, now 11 years old hasn't changed much. The pair first met when Grimes was 10 and Chloe was an exuberant Pomeranian-poodle mix.

Being an only child at the time, Chloe felt lonely, so her grandmother picked out Chloe to be a companion for her. Grimes and her mother said they believe the reunion with Chloe is a sign from her grandmother, who died three years ago. She said:

I really loved this dog. She was a special gift for me. 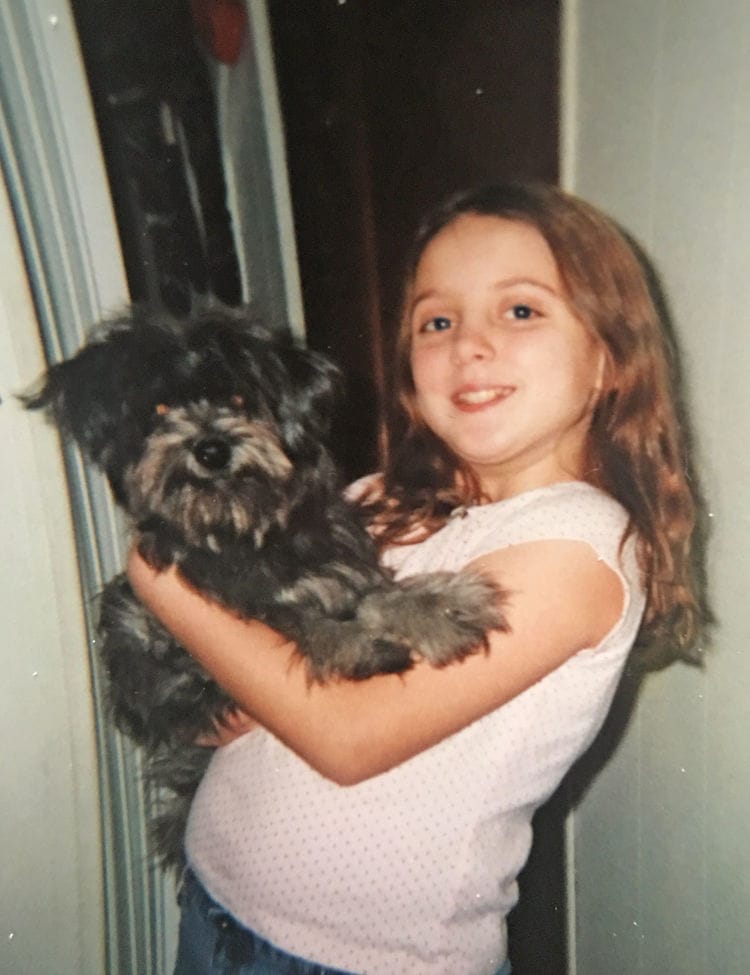 When Grimes was 14, her father was offered a job at Microsoft that required him to work from home. It soon became clear that having a "yappy" dog around the house wasn't the right working environment so they took her to Washington Humane Society and had to part, much to Grimes' dismay.

Chloe first lived with an elderly couple and was there for years before they died. She was then passed on to a neighbour, who happened to be Facebook friends with Grimes.

Grimes said when she was first reunited with Chloe, the dog kept licking her face and was so comfortable with her. Grimes said she suspects Chloe knew who she was. Her father recalls that "she came right up to all of us [and] we went through the old pictures of her to compare. It looks like she was treated well." 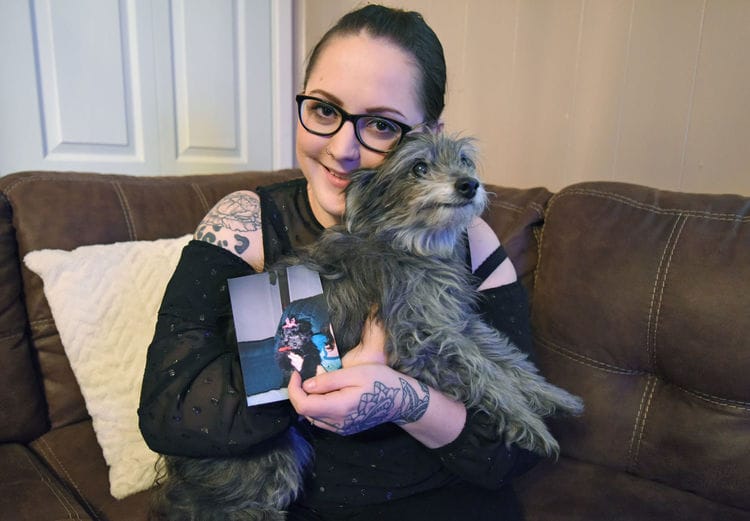 Grimes' mother wanted to cross-reference the microchip numbers for herself just to make sure that it was the same dog. Kelly Proudfit, executive director of the humane society who had the chip number, said they were thrilled to be a part of Chloe’s reunion:

It’s a crazy story. It sounds like the dog must have recognized her, and dogs have amazing memories in that respect. It’s a great, happy ending.

“She’s been so cuddly, and she fits right in here,” Grimes said. “It’s like a part of my childhood came back.”