On Saturday August 27, a nation in mourning paid hommage to the victims of the terrible earthquake that shook the centre of Italy last Wednesday. The funerals of 35 of the 291 tragic victims of the catastrophe were held on this day.

The coffins were laid out in the Accolé Piceno sports centre, where a mass funeral took place in the presence of the Italian President Sergio Matterella, Prime Minister Matteo Renzi, and many inhabitants of the affected area. 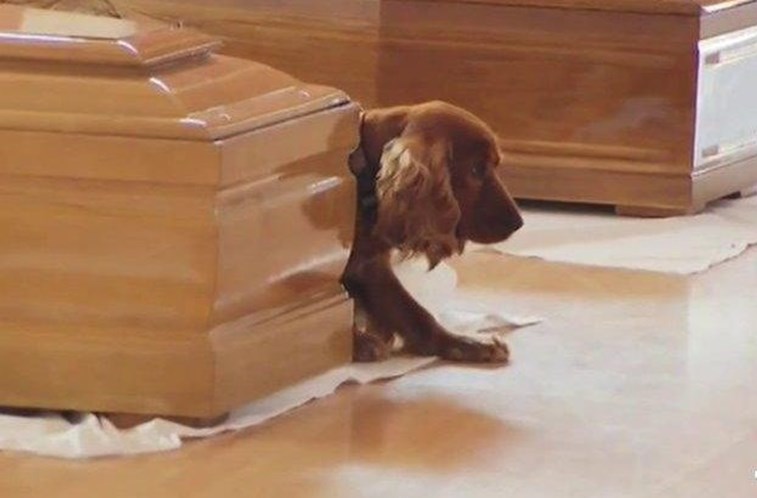 During this solemn moment of remembrance, as heartbroken families said their goodbyes to their close ones, a particularly moving scene caught the eye of the crowd, and has since made it all over the internet.

A red cocker spaniel came to lie, motionless, in front of the coffin where his beloved human will rest from now on, and stayed there until the end of the ceremony. Though nobody knew the name of the grieving dog, all were touched by his deep distress and eternal devotion to his human.

Local sources later explained that the animal comes from Accumoli in the region of Lazio, the commune of 708 people most seriously affected by the earthquake. Its epicentre was just a few kilometres outside of the village.

We applaud the bravery of the many rescue dogs who worked relentlessly over the days following the earthquake searching for possible survivors amongst the debris. 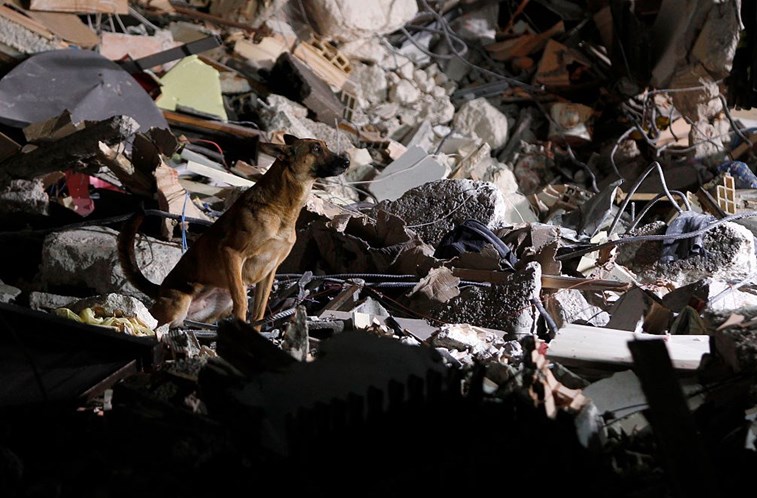