When Jon and Kayla Patel went to have a look around a shelter in Jackson, Tennessee, they weren't entirely convinced they wanted to adopt a dog, as The Dodo reports. 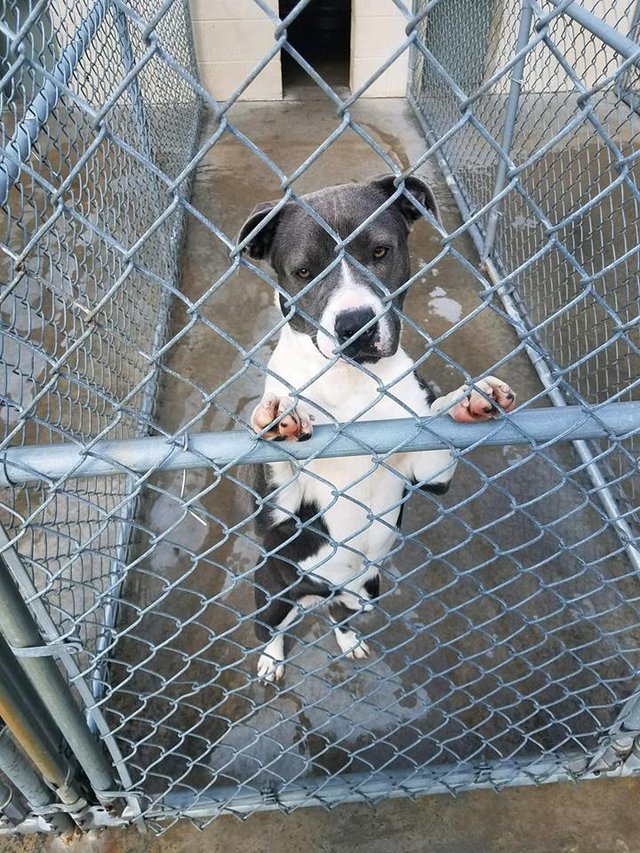 Among the many dogs barking and jumping up on the cages, one caught the attention of the couple: a young pit bull who wasn't moving at all. 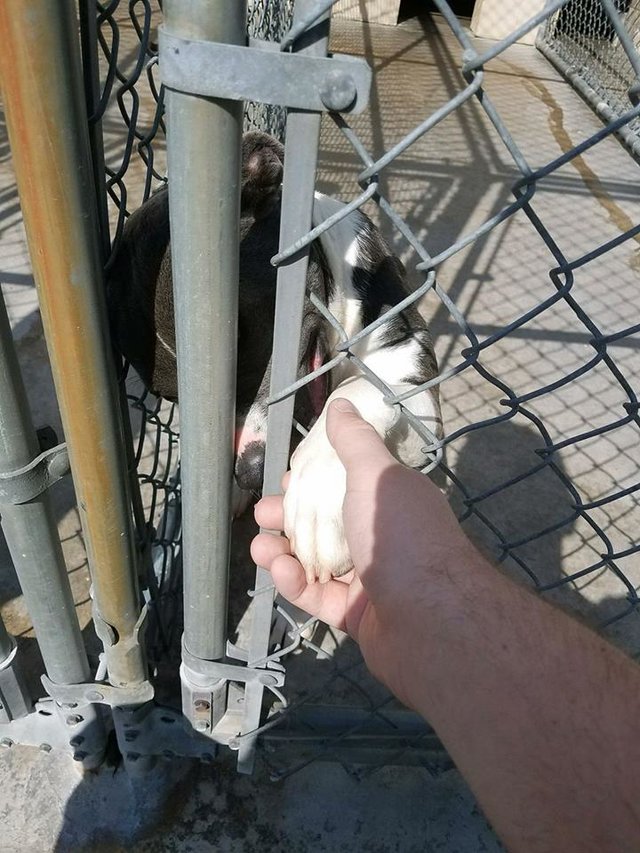 Kayla was abandoned by her old owner, who claimed she was no longer "cute". Once the dog was no longer a puppy, he decided to surrender her to the shelter. The poor animal, renamed Ellie by Jon and Kayla, was set to be put down the same day, but Jon convinced the shelter to hold her until the following Monday, which was the earliest day he could pick her up.

They said that if we didn’t come Monday, they would have to put her down. She’s only a year old, and if they put her down, it would have been such a waste of life. 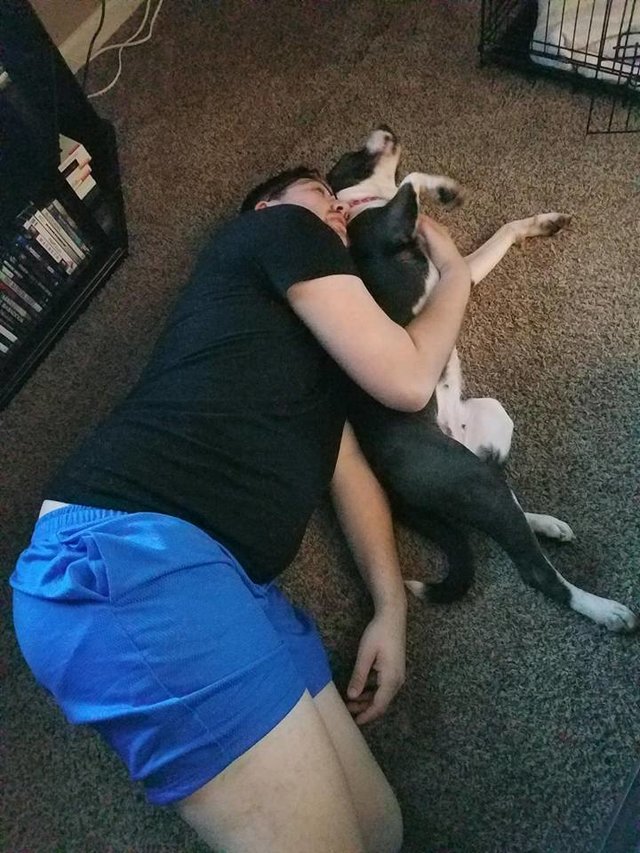 True to their word, Jon and Kayla returned the following Monday, bringing Ellie home with them. 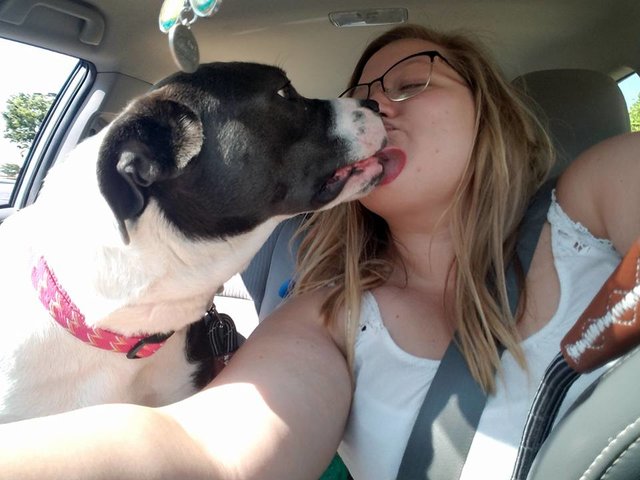 She won’t let you out of her sight — ever. Even if you creep out of the room … she’s coming after you because she wants to keep her eye on you. I think she just loves us and she wants to be near us all the time.

Unfortunately, not everyone shares Jon and Kayla's love for Ellie.

People have crossed the street to avoid walking near her because she’s a pit bull. We also get a lot of sideways glances, and people kind of muttering about her. But she literally just chases butterflies all day. She’s not going to hurt anybody. 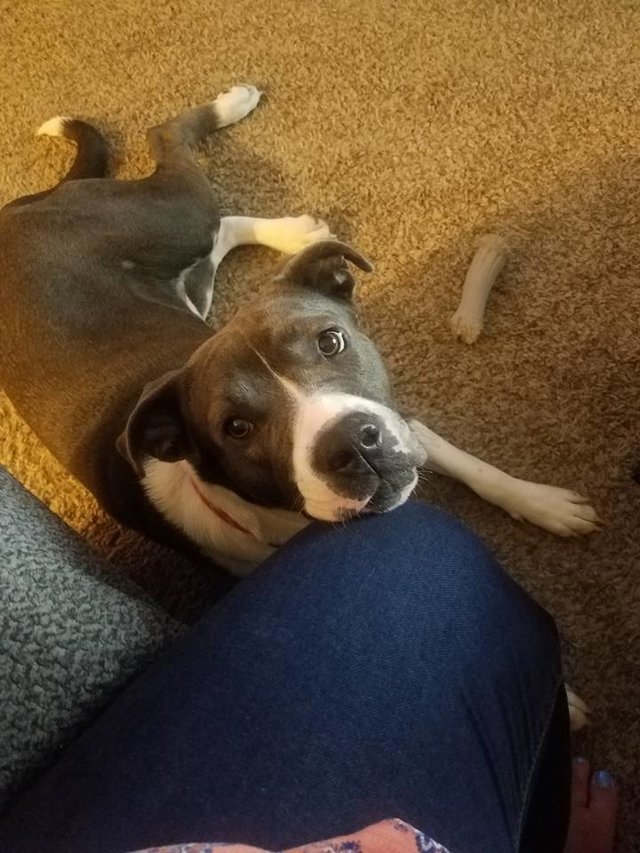 I was a little apprehensive at first about bringing a dog home, but now that she’s here … the family wouldn’t be complete without her. 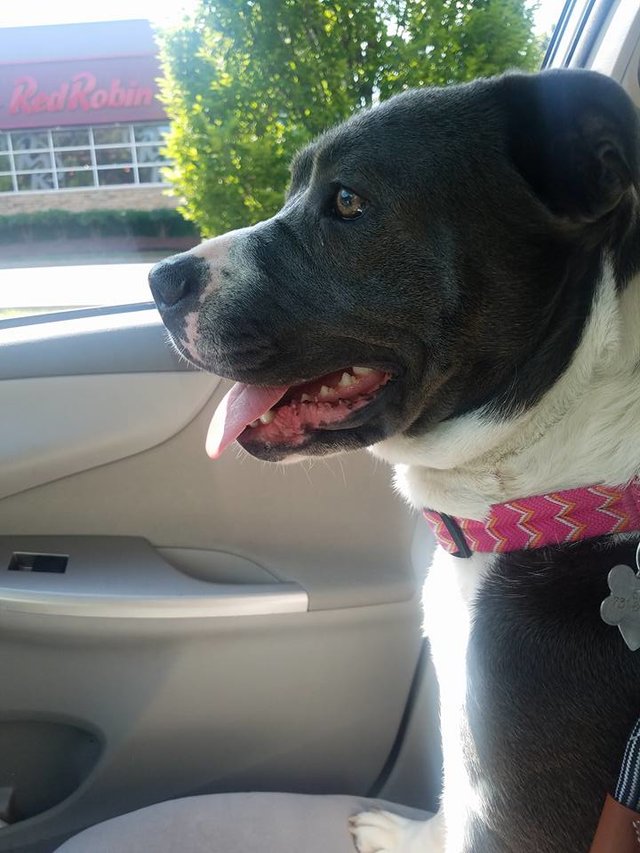