The holidays are past, and that winter chill that might have seemed charming is now just a nuisance – or worse. Sadly, many people think that their dogs are naturally better equipped to handle the cold.

A German Shepherd in Kansas City, Missouri, suffered from this assumption, after his owner left him outside in the freezing cold – nearly killing him.

The dog had been chained up outside his entire life, but the freezing winter temperature finally got to him. It was only around 12 degrees at the time.

His owner brought him in to emergency veterinary care after he was unable to move. The dog, called Caesar, was starving and comatose. 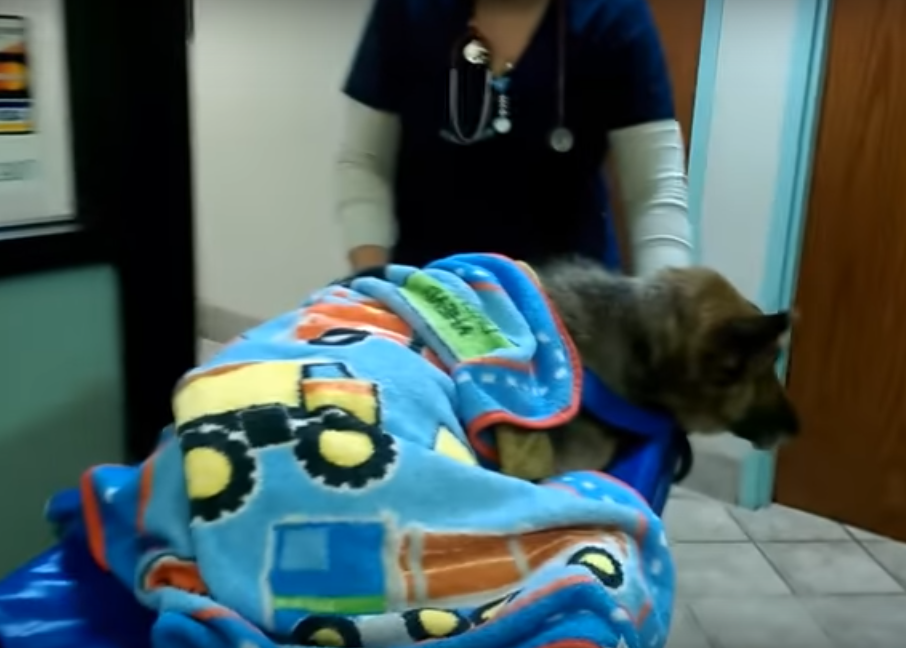 The man changed his story several times in an attempt to avoid blame for the incident, saying that Caesar was a stray or that he had run away, before finally admitting the truth.

The poor pooch is still in critical condition. He is missing his front teeth from constantly biting his chain, along with seriously low body fat, and an injured back leg. He might also have to have an eye removed.

The owner will face no criminal charges, as he freely gave up the dog on his own accord. Caesar is currently at the Missouri German Shepherd Rescue, where he is receiving treatment.

PETA (People for the Ethical Treatment of Animals) recently released a video starring actress, Laura Vandervoort, showing exactly how harmful it is to leave your dog outside for extended periods of time.

Posted by PETA (People for the Ethical Treatment of Animals) on Wednesday, December 28, 2016

The actress only lasted 20 minutes in the cold, and yet some dogs spend their whole lives outside.

Most cities have guidelines about what to do if you see a dog outside in the cold. It's best to call the police or local animal control if you think the canine might be suffering.