If you saw what Bobby looked like two years ago, you wouldn't recognize her.

The little dog was found in a ditch by Lukasz and Natalia Muniowski while they were biking in the Polish countryside in 2015. According to an interview with The Dodo the couple gave this month, they first noticed her when her head 'popped up' from the side of the road. 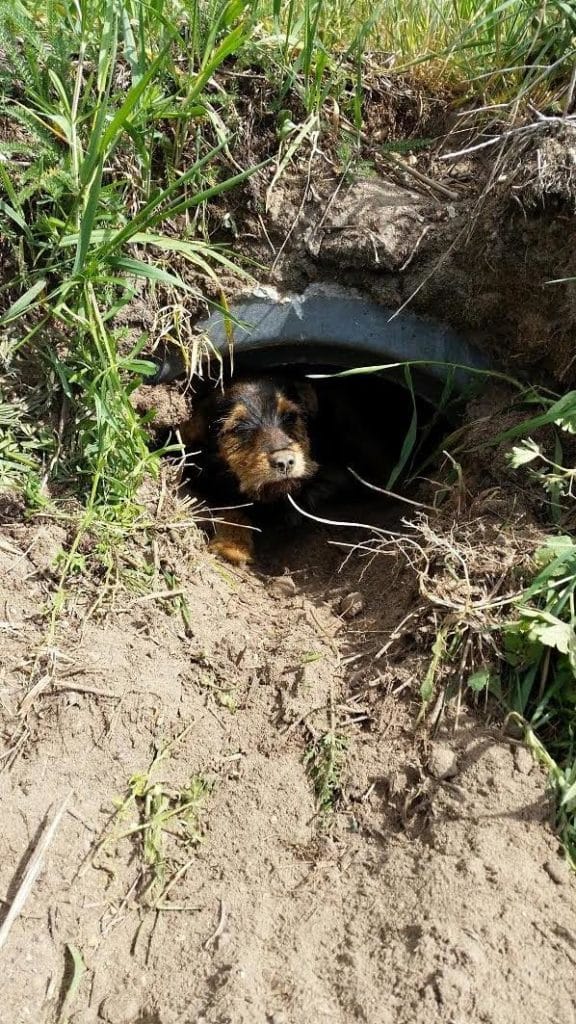 But when she ran away from them to hide herself in a drain, they noticed that there was something wrong with her legs, as Lukasz describes:

Her run … was very awkward. Her back was in the air, the back legs were wobbly and didn't touch the ground. It's really strange to describe, because I've never seen anything like it. 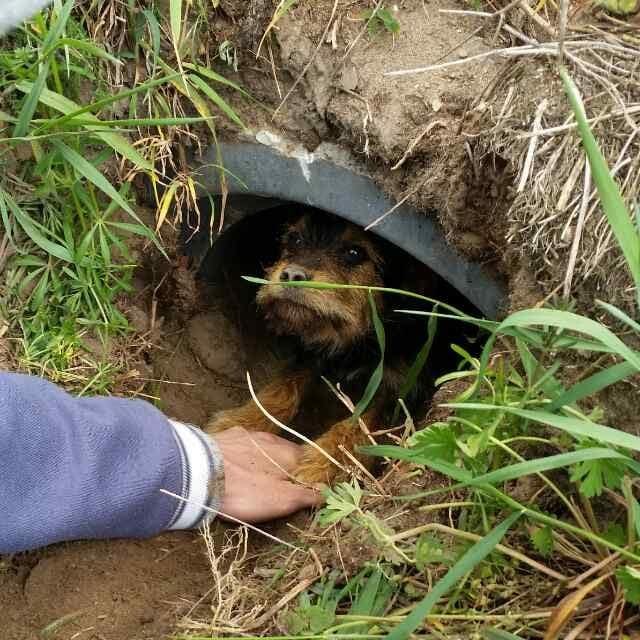 It was clear that the little dog was in distress and the pair immediately went to her aid:

Bobby started to growl, but it wasn't a scary growl. When I […] put my hand slowly in there… she smelled it and then put her paws on my hand.

She soon trusted them enough to let them pick her up and the canine was safely taken to a veterinarian. With 2 legs looking like they were broken and one paw "hanging […] from a single thread", the vet guessed that Bobby had been hit by a car, or possibly caught in a hunting trap, and that she'd been injured for 3 or 4 weeks. 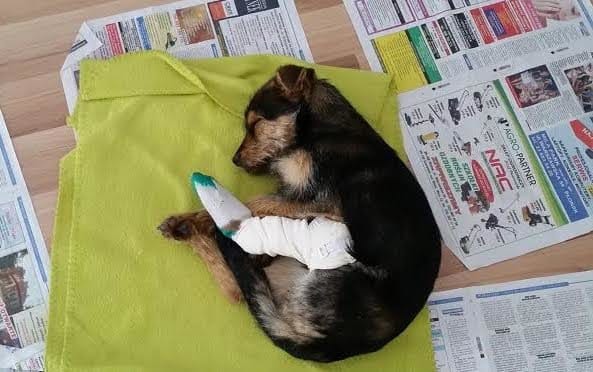 Without a family to care for her, the vet doubted that Bobby would have any chance of survival and suggested that she be put down. It was at that moment that the Muniowski's decided to adopt her.

After treatment and operations from 2 different vets, Bobby was well on the way to recovery – although she had to have one leg amputated. Despite being given a brace to help her walk, her new family was unsure that she'd ever be able to run again. 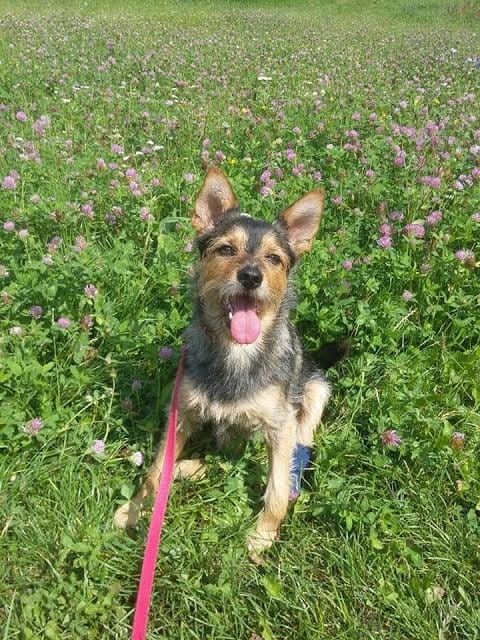 One night, during a short walk, she was tugging on her leash, so we decided to run and she ran with us! She was so happy.

Nowadays, the happy pooch can be found playing with her brother, Leon, or snuggling up with her rescuers, happy and finally safe. 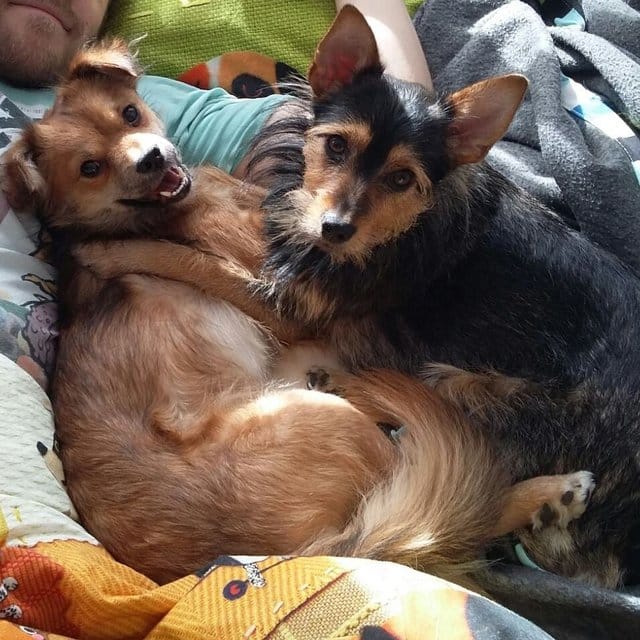 Bobby's story is proof that any dog, whether they have 3 legs, one eye, or half a tail, can be the perfect pet, as long as they are given a chance and shown some love!