A four year old Corso Cane was found impaled on a tree in Pas-de-Calais, northern France. The animal was discovered on May 2, by Dominique, who said:

He was impaled on a tree, through his stomach…we broke the branch to bring him to the ground. The dog had been massacred.

The police, called to the scene, drew up a report which sends shivers down your spine. The dog had been disemboweled and had several "perforation marks". Faced with the horror of the situation, the SPA (French equivalent of British RSPCA and American ASPCA) has of course decided to file a complaint in order to find those responsible as soon as possible. 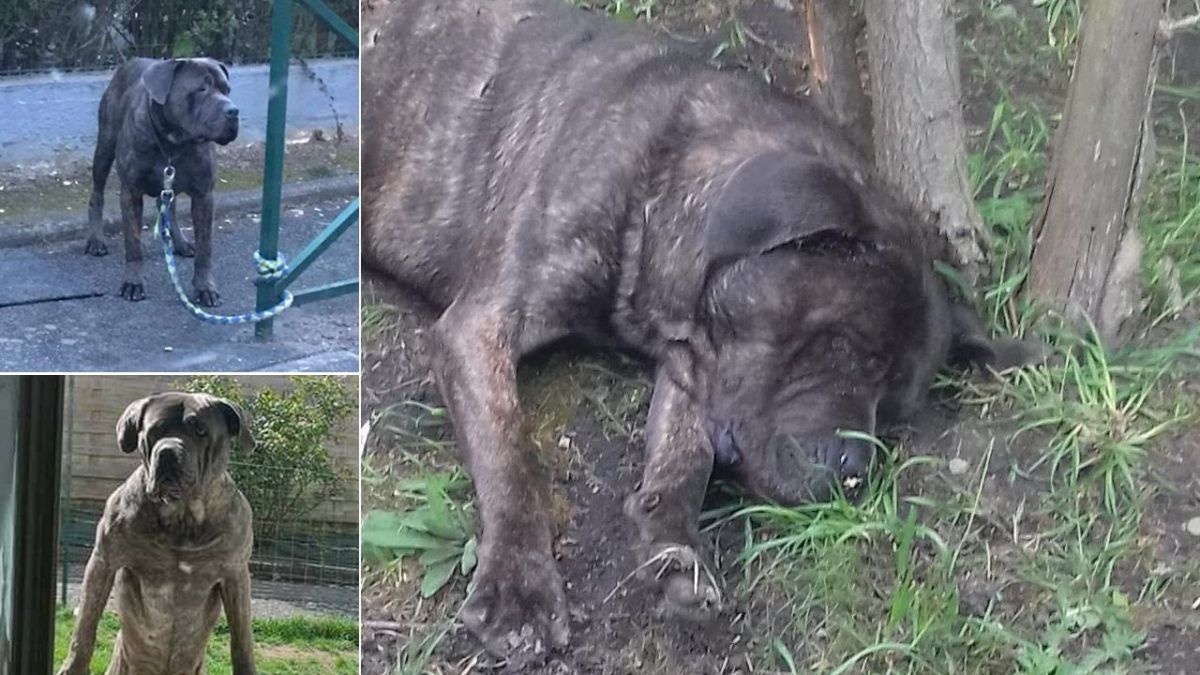 It was a mastiff, you can not kill a dog like that alone, especially in that way. I do not understand how someone could do that.

The dog had changed owners several times over the course of his life and had a worn out eye, proof of his difficult past. The police are currently looking for the animal's owner, and obviously, the person or people responsible.