A police officer was on his way to run an errand when he witnessed a neighbor's dog, Julie, digging through a pile of trash.

This was not particularly uncommon in the town where he lived, Novo Horizonte, Brazil, but it was what she was looking for that was so touching. 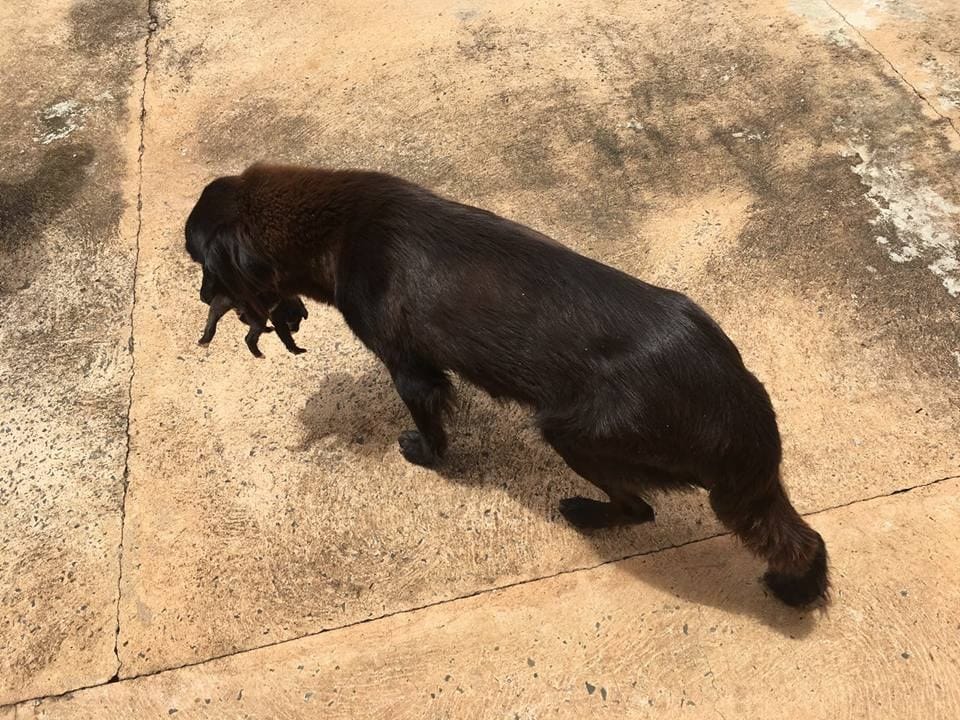 When he returned, he spotted something in her mouth. At first he believed that it was a dead kitten, but on closer inspection, he realized it was a puppy, but he was very much alive. 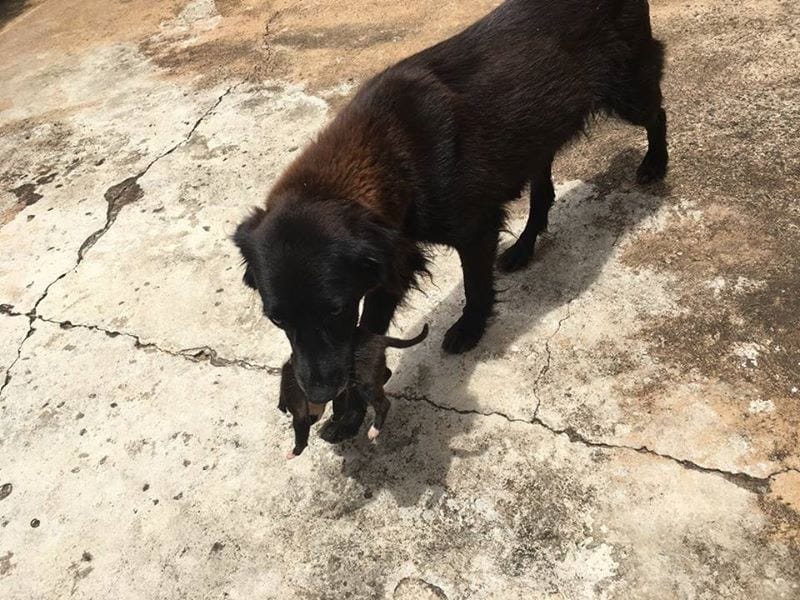 The officer immediately contacted local animal rescuer, Marco Antonio Rodrigues. "[When I arrived], it was a moment of sadness… how can someone act like this?" he told Bored Panda.

The dog was very concerned and didn't want to let go of the puppy, so they allowed her to watch over while they took care of the pup. "She played the most important role by saving the puppy," he wrote on Facebook. 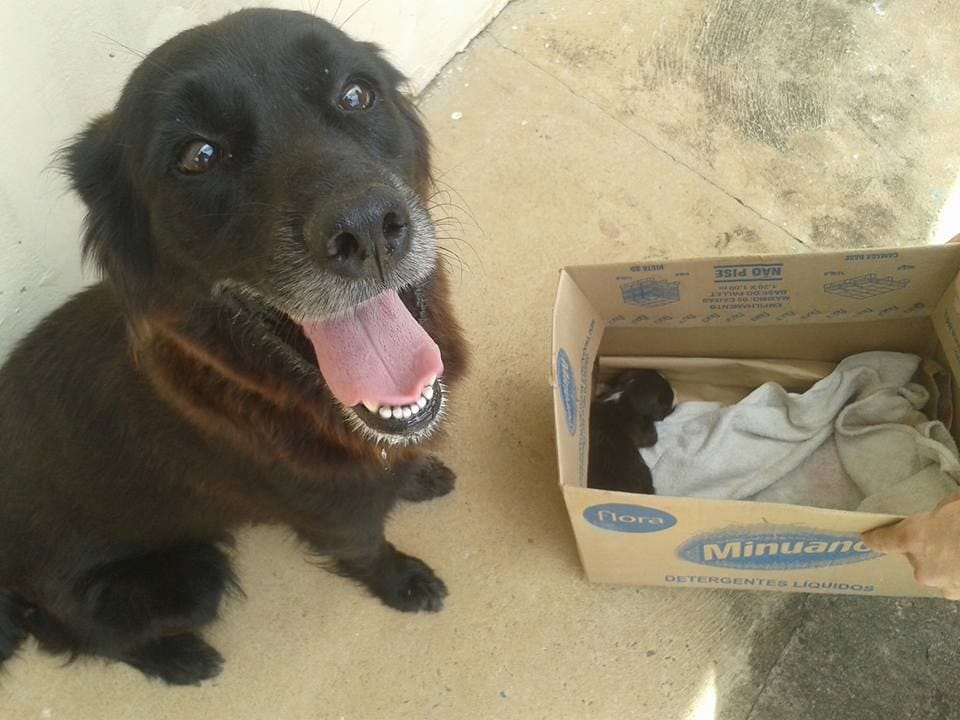 Unfortunately, Julie was not producing any milk, so they had to get help from another mama dog who was. Rodriguez wrote:

One dog found the puppy in the trash and another is being his mom. What a beautiful thing! 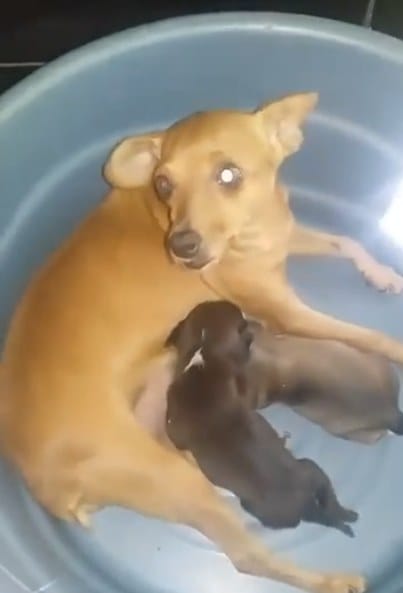 They don't know who could have put the pup, now named Chaplin (as in Charlie Chaplin) for his distinctive mustache, in the trash, but he will never have to be afraid again. 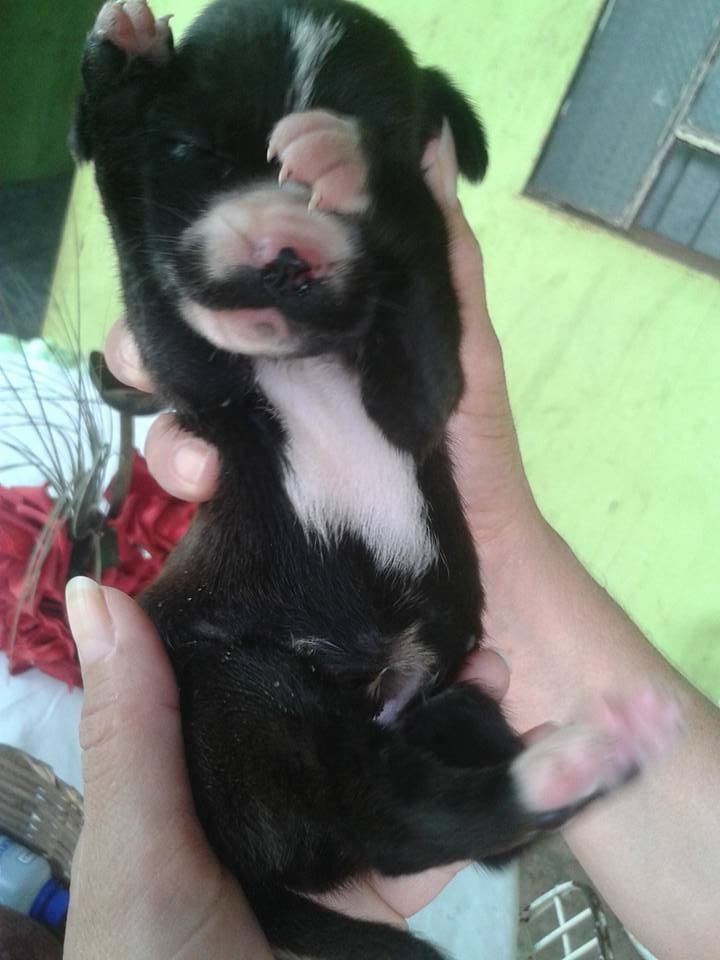 He has two adoptive moms who will look out for him, and Rodriguez has been taking him to the vet to make sure he grows up big and strong.