Diesel was chained up by his owner in Yukon, Canada, and left out in the backyard for years. In the brutal heat of summer and the freezing cold winters, he was left outside. 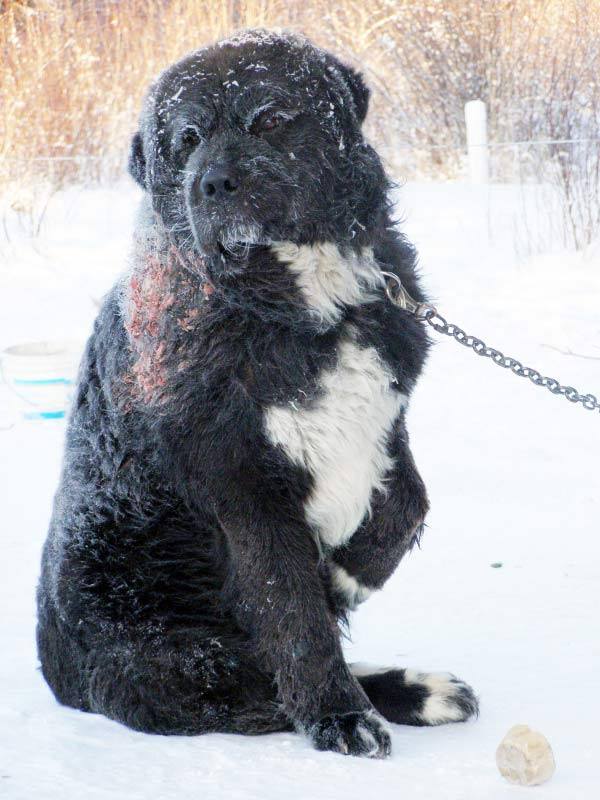 When Animal Advocates Society found him, he was covered in dry blood from a dog fight. The poor dog had also been kicked in the face by a horse, leaving his teeth almost completely broken and his tongue split.

He would raise one paw at time to try and keep it warm in the negative 40 degree temperatures. All this could easily have killed him. But it didn't. So when his owner got sick of caring for him, he was going to shoot him. 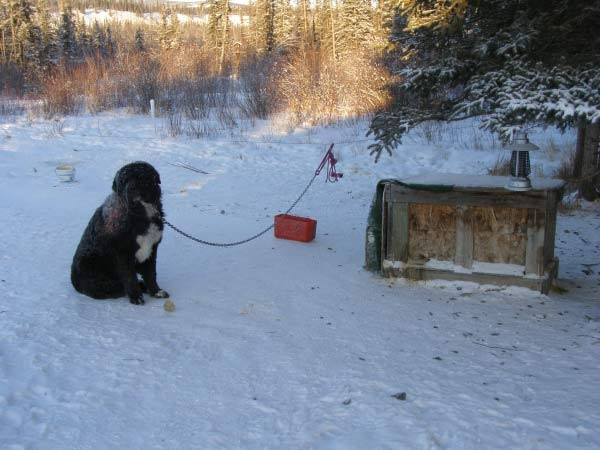 Thankfully, rescuers stepped in just in time. They pulled him from the abusive home, and rushed him to immediately get treatment. 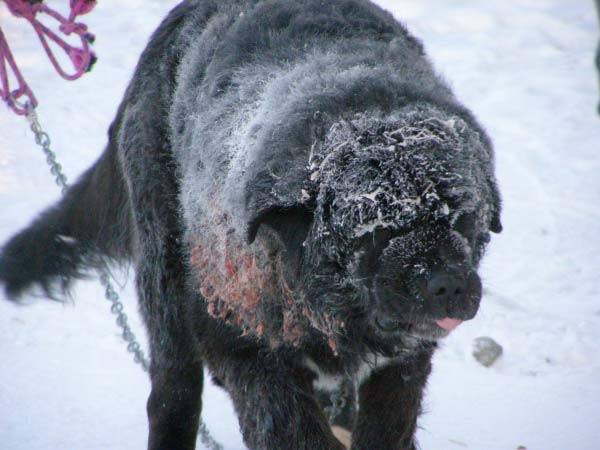 Vets neutered him and removed a benign tumor that had been left untreated.

Slowly, Diesel started to warm to humans in his new foster home. He was still scared of other dogs and children, but he proved to be a huge teddy bear.

The gentle giant loves cuddles from his humans and is loving life now that he's free. Unfortunately, he doesn't quite understand proper dog behaviors and manners. 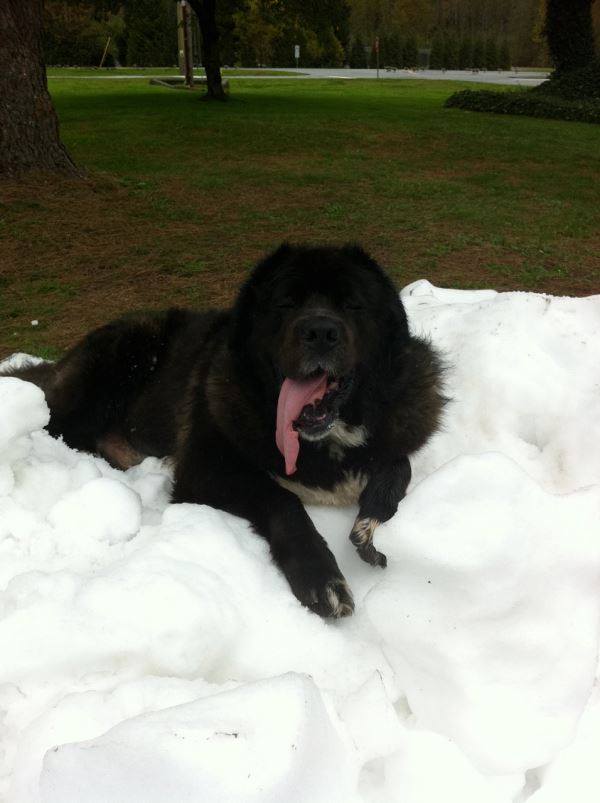 Animal Advocates is paying for him to go through training and education to make sure he is the best possible dog for any family who would be lucky enough to have him.

The organization does their best to rescue as many dogs as possible, but they can only rescue those who they can afford to keep and care for. 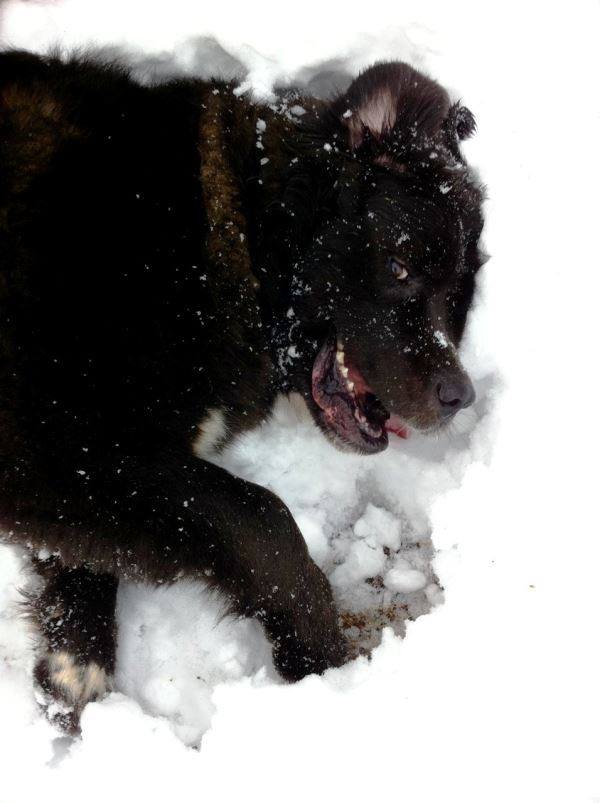 If you would like to help support the association in finding and rehabilitating more abused dogs, you can donate to them here.

Watch the full video about Diesel's rescue below: 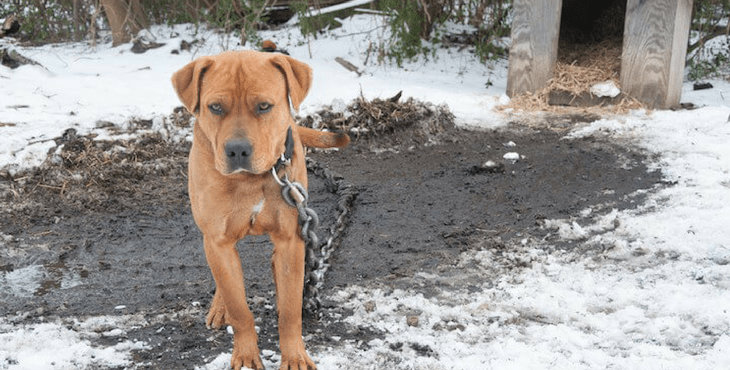