There is no denying the uniqueness of Beaux Tox, the yellow lab's face. Despite his perpetually pensive forehead, he never stops wagging his tail, filling every room he enters with joy. 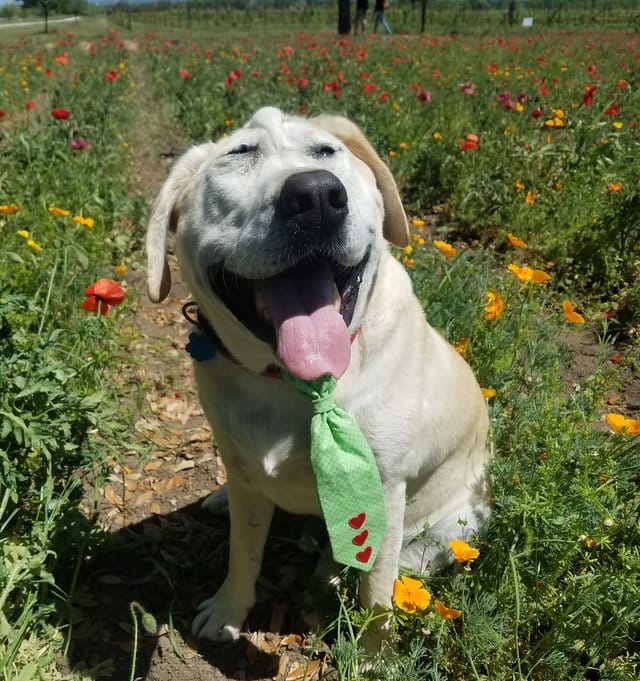 While some might be put off by his one of a kind face, a single photo was all it took for Jamie Huilt to decide Beaux Tox's life was worth saving. She said to The Dodo:

A friend of mine posted a picture of Beaux on Facebook saying he needed a foster or to be adopted — anything. That day I sent him a message saying, ‘I would love to take that dog in and give him a home.

After being forced to share a womb with six brothers and sisters, he developed a sunken cranium and close-set eyes, according to Huilt. She said that despite his facial deformity, he is still just as intelligent as the next dog and neither his personality nor his chances at living a long, healthy life were affected. 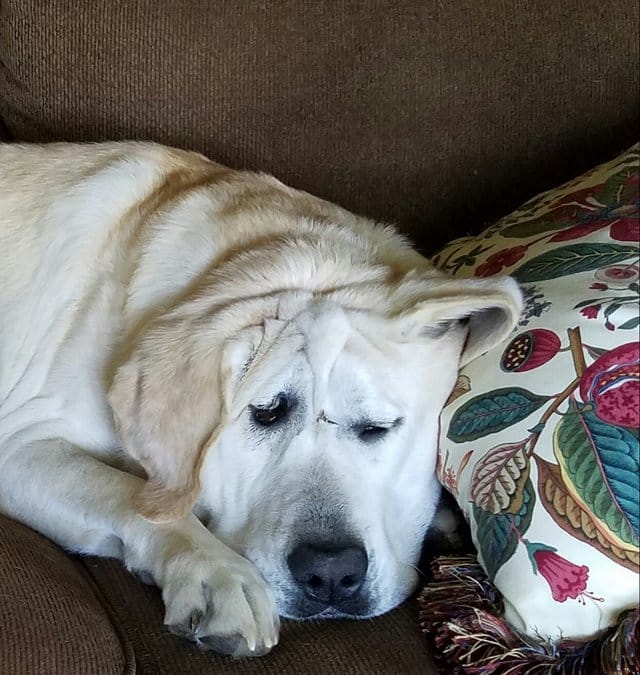 Nevertheless, Beaux's early years were difficult. Due to his strange appearance, the people who were breeding him couldn't sell him. This lead to them giving him away to a man in Austin, Texas. Named Lucky at the time, the poor dog didn't get along well with the man's cats, meaning he was banished to the backyard. This was how it remained for five years. He didn't even have a dog bed for comfort. 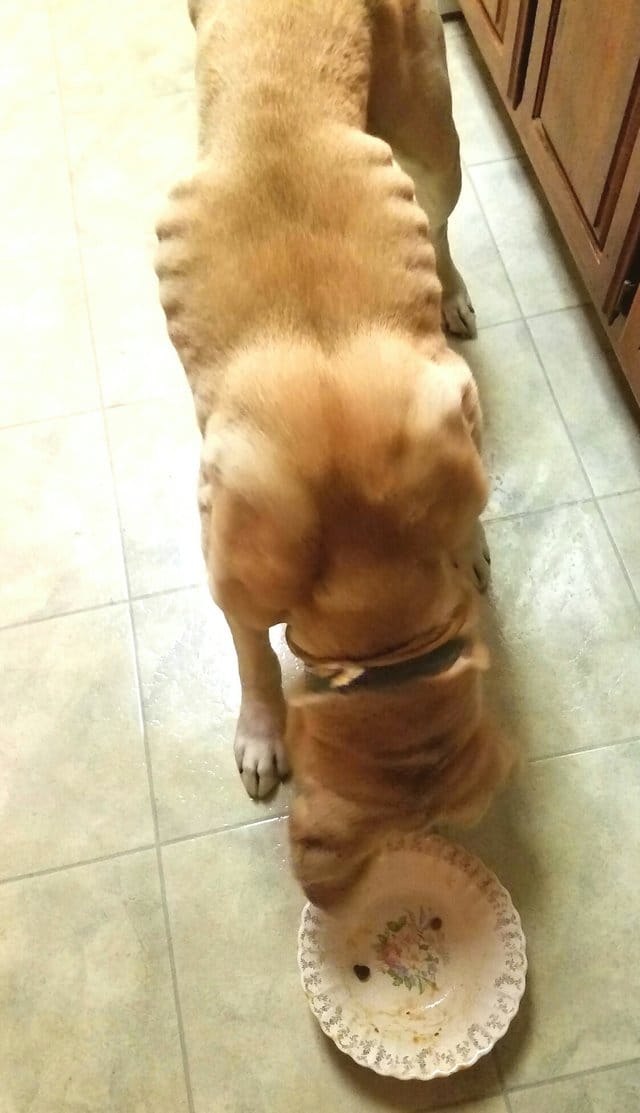 Local rescue groups attempted to intervene and find Beaux a better situation, but after spending his whole life in a small yard without any training or direction, Beaux was returned to the man’s backyard again and again.

After meeting Beaux at the man's home, Huilt was unsure of what to do. What she found was a mere shell of a dog with his rib cage jutting out from beneath his fur. Covered in fleas and infested with ear mites, Beaux’s health issues didn’t put her off as she knew she’d be his last chance at a real home.

This compassion came from a place of true empathy as Huilt herself knew what it was like to be trapped in the foster system, having spent two years there herself, before being adopted at the age of nine. She said:

At that point I didn’t care how badly he might be ill. I just didn’t want him to go into the foster system again and be returned. I wanted him to have stability and a place he knew was his home. That is why I adopted him outright from the owner. Beaux Tox had already bounced around and I just wanted him to be a dog. 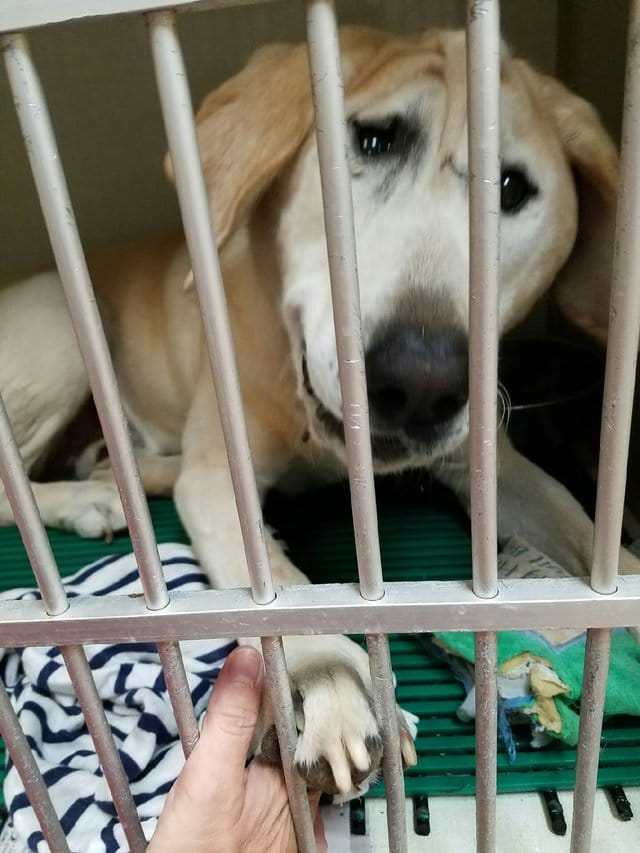 Upon bringing him to the Hoegemeyer Animal Clinic in Kerrville Texas, it was discovered that Beaux had heartworms, a disease that over time permanently damages the organs, and he was far too weak to begin any type of treatment.

Dr. Jay Rydberg determined that Beaux only had a 50-50 chance of survival but Huilt said she "didn't care", knowing that she would do whatever it took to save the dog's life. Spending most of his time in an oxygen tank, his health was touch-and-go with Huilt even coming into the office at 3am one night to say goodbye.

It seems Huilt's determination was contagious as just like her, Beaux refused to give up. Slowly but surely, he started to gain weight meaning that he was finally strong enough to undergo heartworm treatment. Though he had lost hearing in his left ear due to the ear mite damage and still has trouble seeing out of his right eye, Beaux was finally given a clean bill of health. 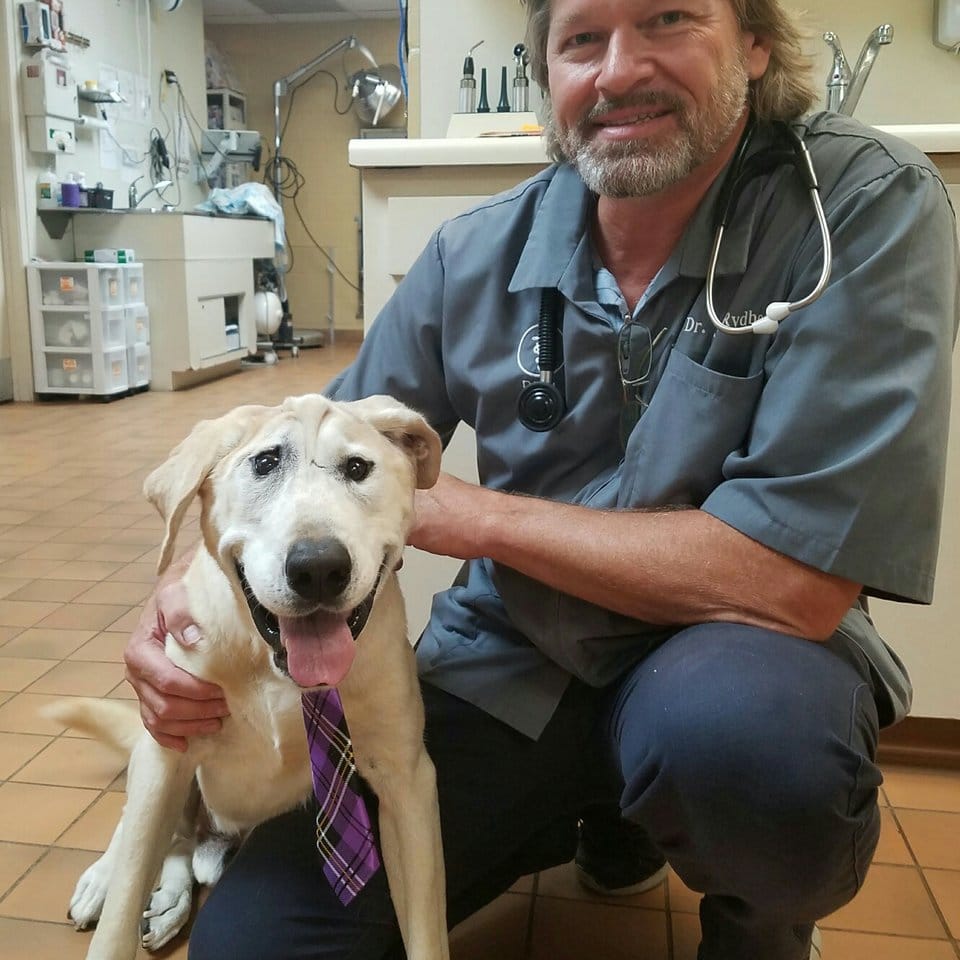 Since arriving at Hulit’s home, Beaux has transformed completely. “He was an outside dog, but you’d never know because he does not want to go outside,” she said. “He’ll go out if you do, but if you stay in, he’ll stand right by the door and look through the window.” 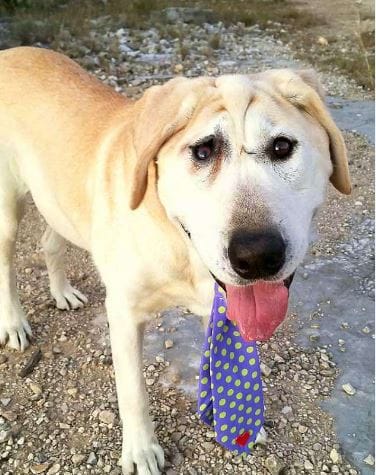 As well as a new home, Beaux also now has a new friend in the form of Riley, a 13 year old golden retriever mix, who has taught him what it means to be an inside dog. The two are said to be inseparable and despite the age difference, they could not be better suited. Huilt added:

He’s so full of life, and he’s just brought so much to us. 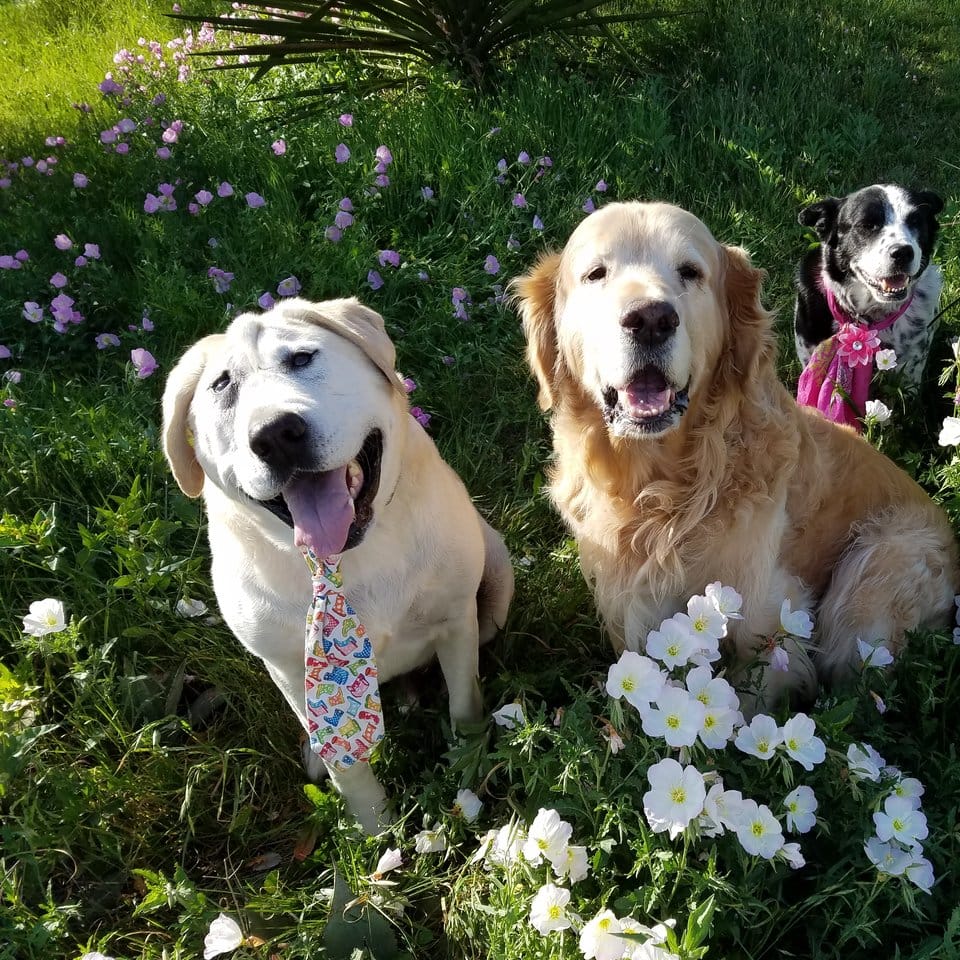 Source: Jamie Huilt
This wonderful story is very similar to that of Button, a dog who just like Beaux was abandoned due to his facial deformity.
H/t: The Dodo
ADVERTISING