Earlier this month, during her ride home from work, Angel Janes spotted a homeless man sitting just off the freeway with a sign asking for money or work. However, upon offering him a cigarette, she realised that the sign wasn't the only thing he was holding. Bundled up in his arms was a small Chihuahua, wrapped up in a blanket to shield him from the cold. 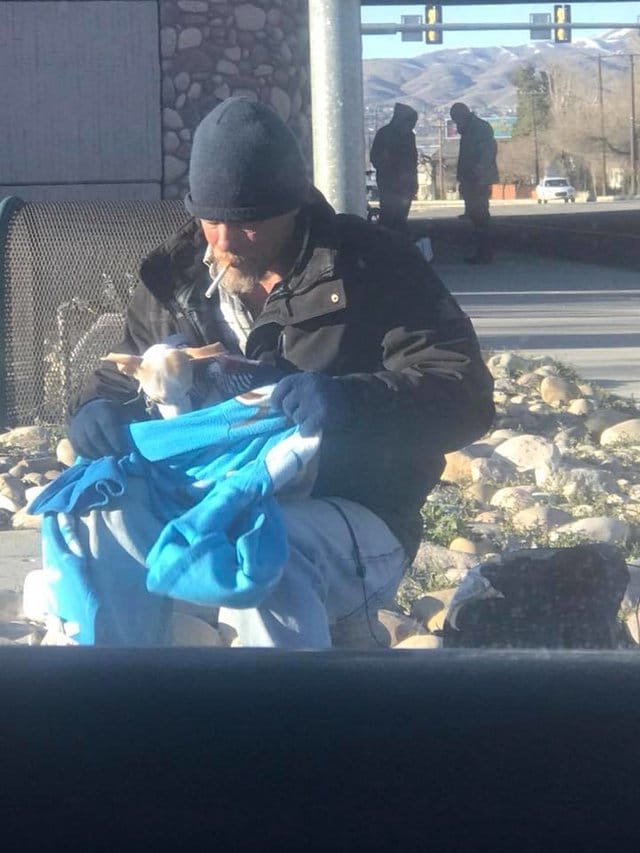 It soon became clear this this pup was priority number one for the man, named Ron. After talking to him, he asked her if she could give the dog a good home. He told that he'd seen a woman dumping the from her car on the busy road just two hours earlier and fearing for the little pup's safety, he immediately came and picked him up.

Janes said to The Dodo that in just "the brief time we spoke, [she] was inspired by this heartfelt person" and that "he was just trying to do right so this dog 'wasn't homeless like me.'" 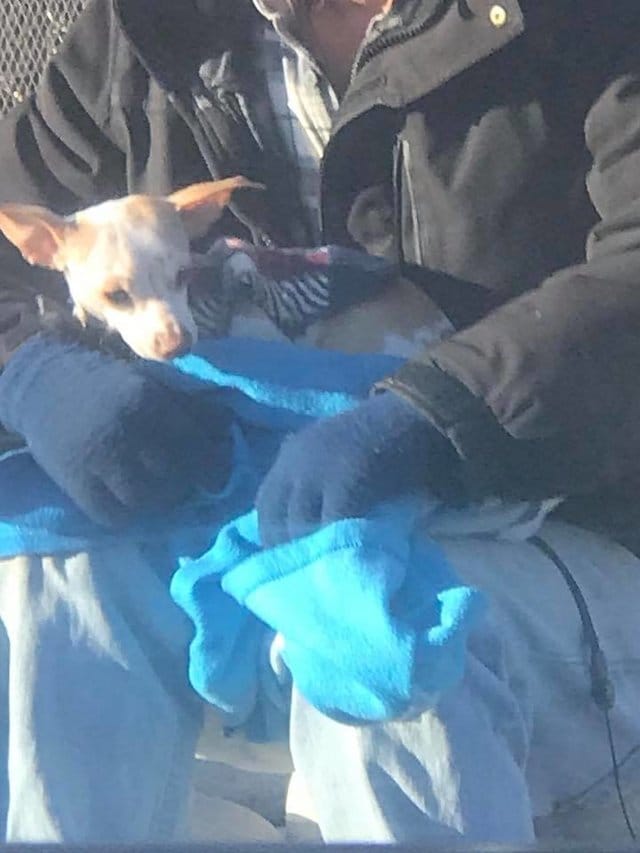 Although the Chihuahua was in caring hands, Ron knew that the dog deserved more than he could sadly offer. Unable to give the pup a home herself, Janes took to social media and shared the story with her friends on Facebook. It wasn't long before Kathleen Dallmann reposted to a page for local animal lovers, detailing where Ron and the dog could be found.

Just minutes later, a lady was on her way to pick up the dog to foster him. She offered Ron $50 as a show of her gratitude for looking after the dog and keeping him safe, but he refused the money insisting that he "just wanted to do the right thing". However, upon further insistence, Ron accepted the money.

In that very moment, it became clear that all that mattered to Ron was that little dog's life. Dallman said:

He was in tears because he was able to help the dog find a home. He said he knew what it was like to be homeless, and he didn’t want the dog to be homeless.

This act of selflessness from Ron did not go unnoticed and soon enough things began to change for both him and the dog. The Chihuahua was in a lovely foster home who were prepared to look after him until he found his forever home. 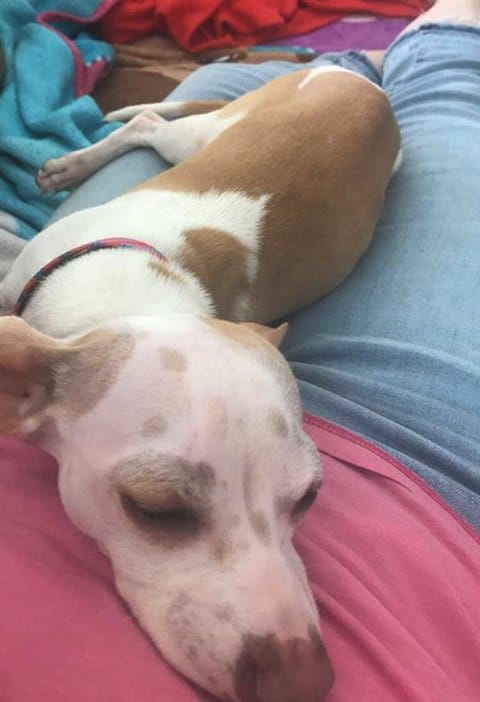 However, this didn't take long as soon enough Chasity Guyer and her daughter decided to adopt him. After hitting it off straight away, they named him Lucky Louie in reference to how quickly he found help after losing everything.

Lucky Louie is said to be doing "really good" now with Guyer adding that "he's not going anywhere". But this story is far from over, as Dallmann knew. She said:

I was so happy that things had worked out for the dog, but I couldn’t stop thinking about Ron. He didn’t even have a place for himself. So, I started a GoFundMe page for him. I didn’t know if anyone would donate, but after getting the word out, it got up to $500.

Over $6000 has now been raised with Dallmann saying that Ron "was in tears" and disbelief after hearing that the community had done something so nice for him. Upon receiving the money, he insisted that some of it go towards the dog's care but Dallmann insisted it was just for him. 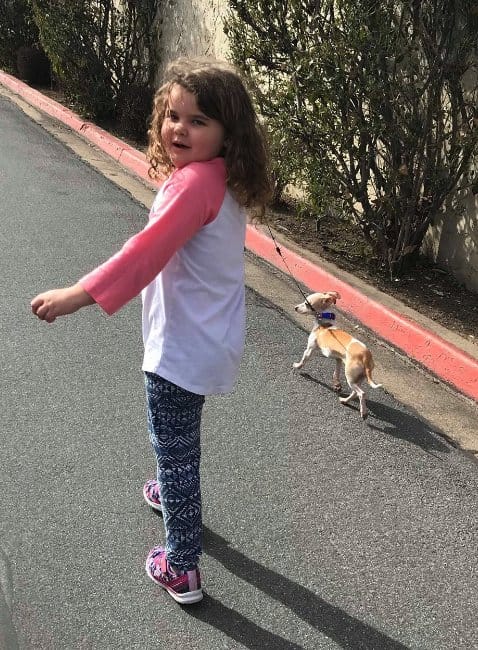 Dallmann is still in contact with Ron after he used some of the money to buy a cell phone. She said that "he really wants to get a job. Like the dog, everyone deserves a second chance at life". Talk about good karma!

If you would like to donate to Ron's GoFundMe, you can do so here!