National Geographic photographer Paul Nicklen has captured the devastating effect of climate change on wildlife, after a trip to Baffin Island, Canada. He and a team from the Sea Legacy organisation filmed a polar bear, clearly starving to death and unable to walk properly, as he searched desperately for food through a landscape now empty of the snow and ice he usually thrived in. After rooting through a trash can and finding it empty, he collapsed to the ground. 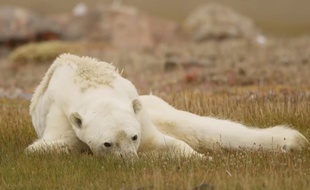 According to Nicklen, the bear was so emaciated that he was sure to have died soon after the encounter. Some people asked why the photographer hadn't tried to save the bear, but, as he told National Geographic:

Of course, that crossed my mind. But it's not like I walk around with a tranquilizer gun or 400 pounds of seal meat. 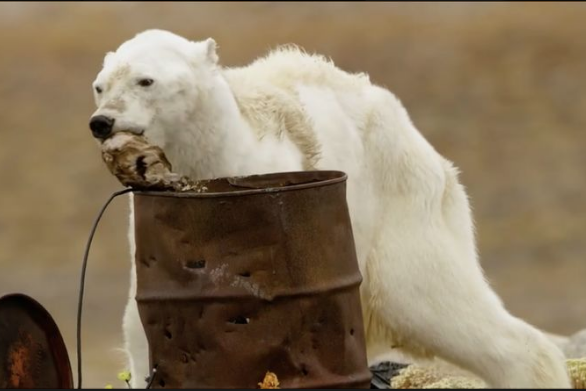 By publishing the video, he hoped to draw attention to the threat to the environment posed by global warming, not only to icy landscapes, but to the animals that live in them. In the case of the polar bear, the disappearance of sea ice surrounding the island means that bears living there can't hunt for seals, leaving them to starve. The caption for the video that he posted on Instagram said:

This is what starvation looks like. The muscles atrophy. No energy. It’s a slow, painful death. When scientists say polar bears will be extinct in the next 100 years, I think of the global population of 25,000 bears dying in this manner. 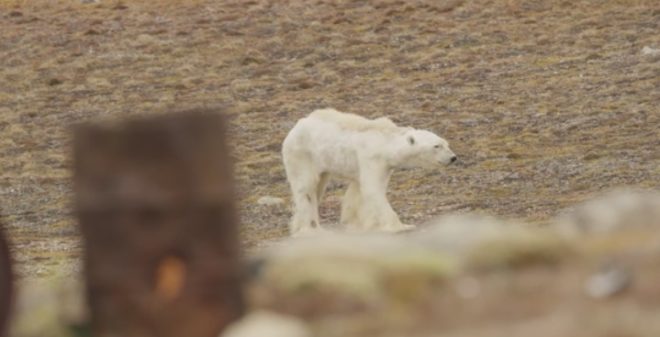 At the moment, there are 19 different subpopulations of polar bears living in the Arctic, with several of these coping well. However, things could rapidly change. The IUCN describes polar bears as 'vulnerable', but could be pushed towards being endangered in the near future. After watching Nicklen's footage, polar bear specialist Todd Atwood, told website Mashable:

It’s probably a combination of things — it could be an old animal — but it also could be that if it’s still on land, that there’s not enough sea ice.

Sea ice melting, caused by global warming, will continue to prevent polar bears from hunting, as well as threaten the seals they hunt as these are also part of their habitat. This means that there will be less seals for the bears to hunt and feed on. 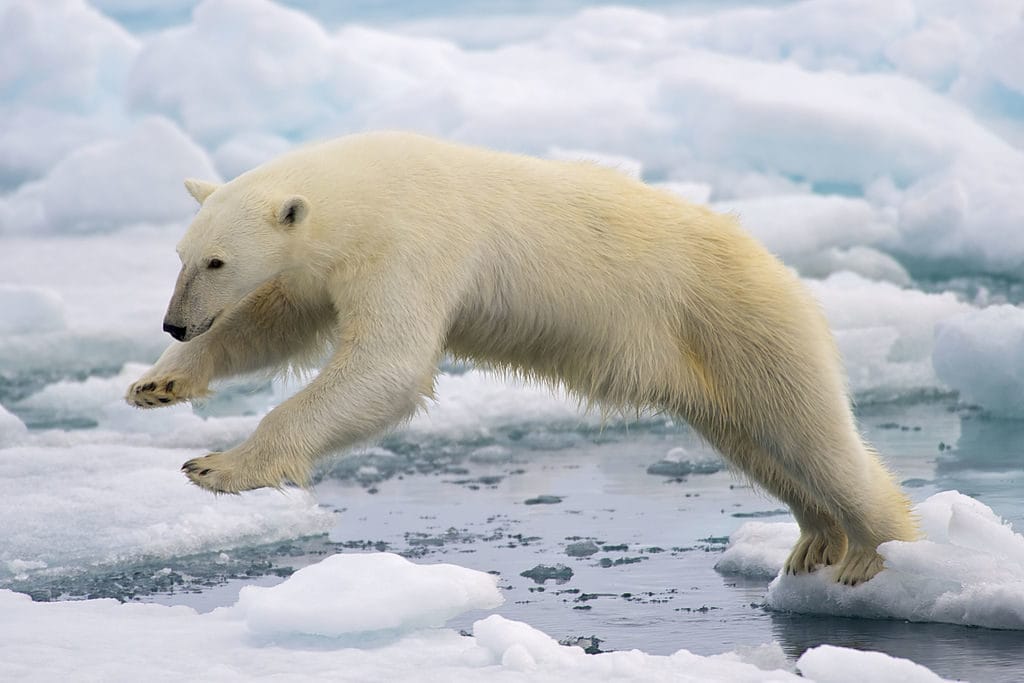 In 2002, a study by WWF showed that polar bears were returning from ice to dry land earlier in the year and staying there for longer, making their fasting period longer and putting their health in danger. 15 years later, the situation has gotten worse. The National Snow and Ice Data Center, which tracks the rate of sea ice melting, has said that there have been record lows in recent years, which continue to worsen.

Study after study says the same thing; sea ice is melting because of global warming, which puts animals like the majestic polar bear in danger. The only solution is to help stop global warming, limit our use of fossil fuels and protect our planet for future generations.

Learn what you can do in your home to fight global warming here. You can help protect polar bears by symbolically adopting one with WWF.