Four workers at Fir Tree Farm in North Lincolnshire have been sacked after hidden camera footage appeared to show them abusing the pigs. The video, which shows men hitting and poking them with pitchforks was taken in secret by charity Animal Equality UK. 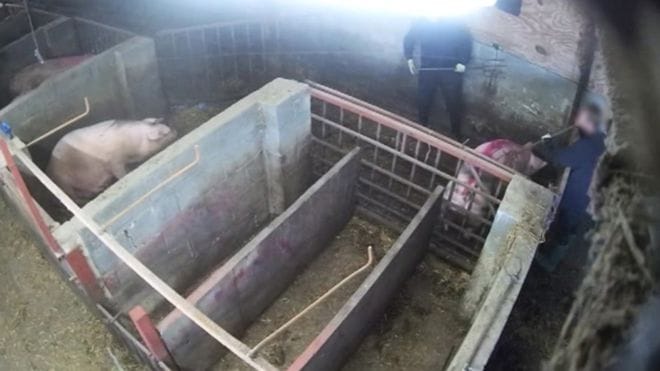 Screenshot of the video in which the farm workers can be seen prodding a pig with a pitchfork. Source: Animal Equality UK

The farm owners said they were "shocked by the actions of those involved".  They said the men were dismissed after an investigation and the incident was reported to the police and the RSPCA (British equivalent of the ASPCA). 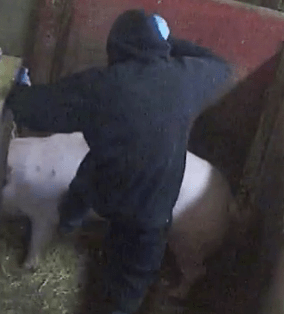 Screenshot of the video in which a farm worker can be seen kicking a pig. Source: Animal Equality UK

The charity said it found out about the abuse after an anonymous person tipped them off.  According to the BBC, chief executive Toni Shephard said:

[The sacked workers had shown] a complete contempt really for the animals in their care. Even though we were expecting to find cruelty, we were really shocked at the level of violence being inflicted on these pigs by multiple staff members. The worst treatment really was of an animal who came in and clearly couldn't walk and yet this animal was still subjected to kicking and being slammed by a metal gate. 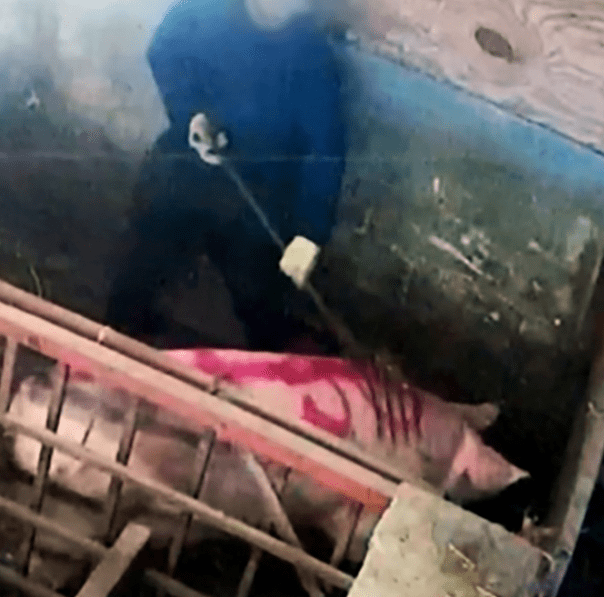 Screenshot of the video in which a worker can be seen prodding a pig with a pitchfork. Source: Animal Equality UK

The Godfrey family, who own the farm near Elsham, said:

[This] abhorrent behaviour does not represent our business. We understand that people will be shocked by these images and like them, this has been both a shocking and deeply upsetting time for us and the rest of our team. The behaviour depicted in the footage is contrary to the standards and ethics that are the foundation of our business.

Just recently, a video was released showing the horror of pig farming in Spain.