At over four feet tall, with a gigantic beak and crooked, huge legs…these birds seem straight out of a cartoon, and yet, they are completely real, as The Dodo reports. 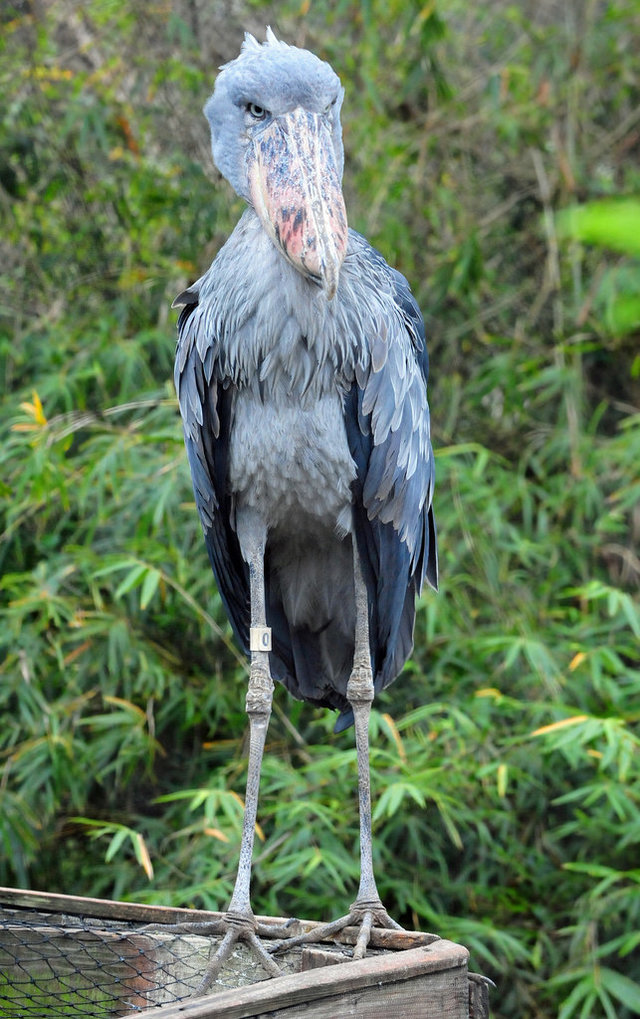 The Shoebill is actually a wading bird, just like the heron or the stork.  The bird is also made recognizable by its small beak. They are patient hunters who can stay motionless for hours, watching lizards or a young crocodile. 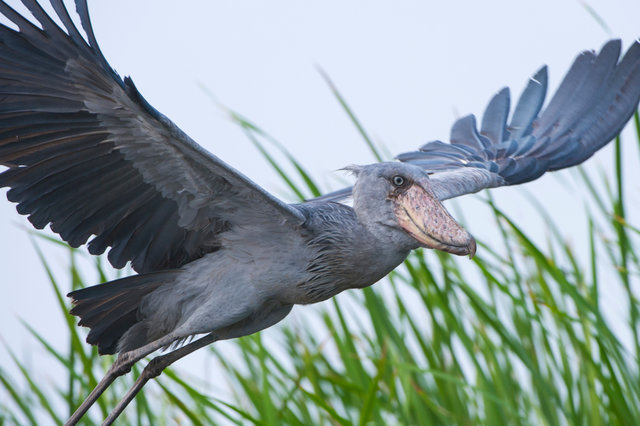 Beloved by the ancient Egyptians, they weren't identified and classified until the 19th century, after arriving in Europe. Unfortunately, they are currently under threat due to the alarming destruction of their habitat.

There are now less than 10 000 left in the wild and the Shoebill has been considered as of 2004, a vulnerable species by the International Union for the Conservation of Nature. 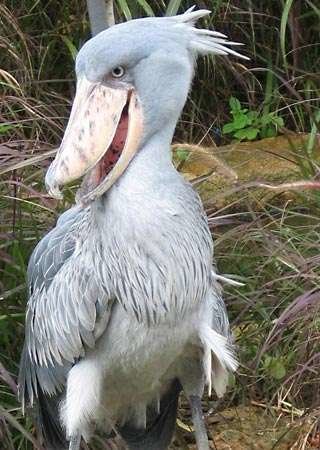 In captivity, reproduction is difficult. However, the Pairi Daiza Park in Belgium managed to produce two young chicks in July 2008.

The Shoebill is also a victim of illegal animal trafficking. Once captured, their chances of survival are very slim due to them being very sensitive to stress which is made worse when they're transported. 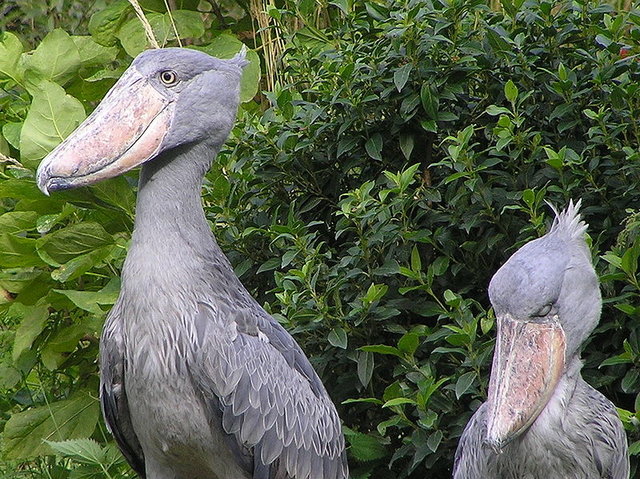 Luckily, residents living near shoebill habitats in Mambamba Lake, East Africa, have noticed the birds are targets of the trade, so they formed volunteer groups to keep an eye out for suspected poachers and work with local law enforcement to report them.