Dick has escaped. The adorable Brittany Spaniel was saved by the French rescue, Fondation 30 Millions d'Amis. For nine years, the dog was held prisoner in a garage in Maizicourt, France. 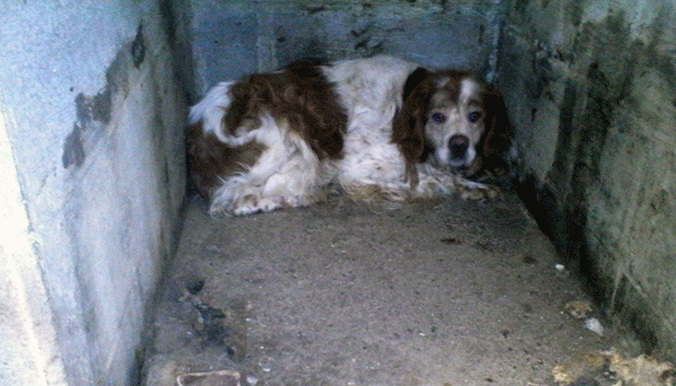 Fondation 30 Millions d'Amis intervened on May 26, after a complaint was filed, and pulled him from his nightmare. Flore, a member of the organization, explained:

Dick had never seen the sky, never felt the grass beneath his feet, or even felt the wind on his face… It was extremely hot in the garage and the odor was unbearable. 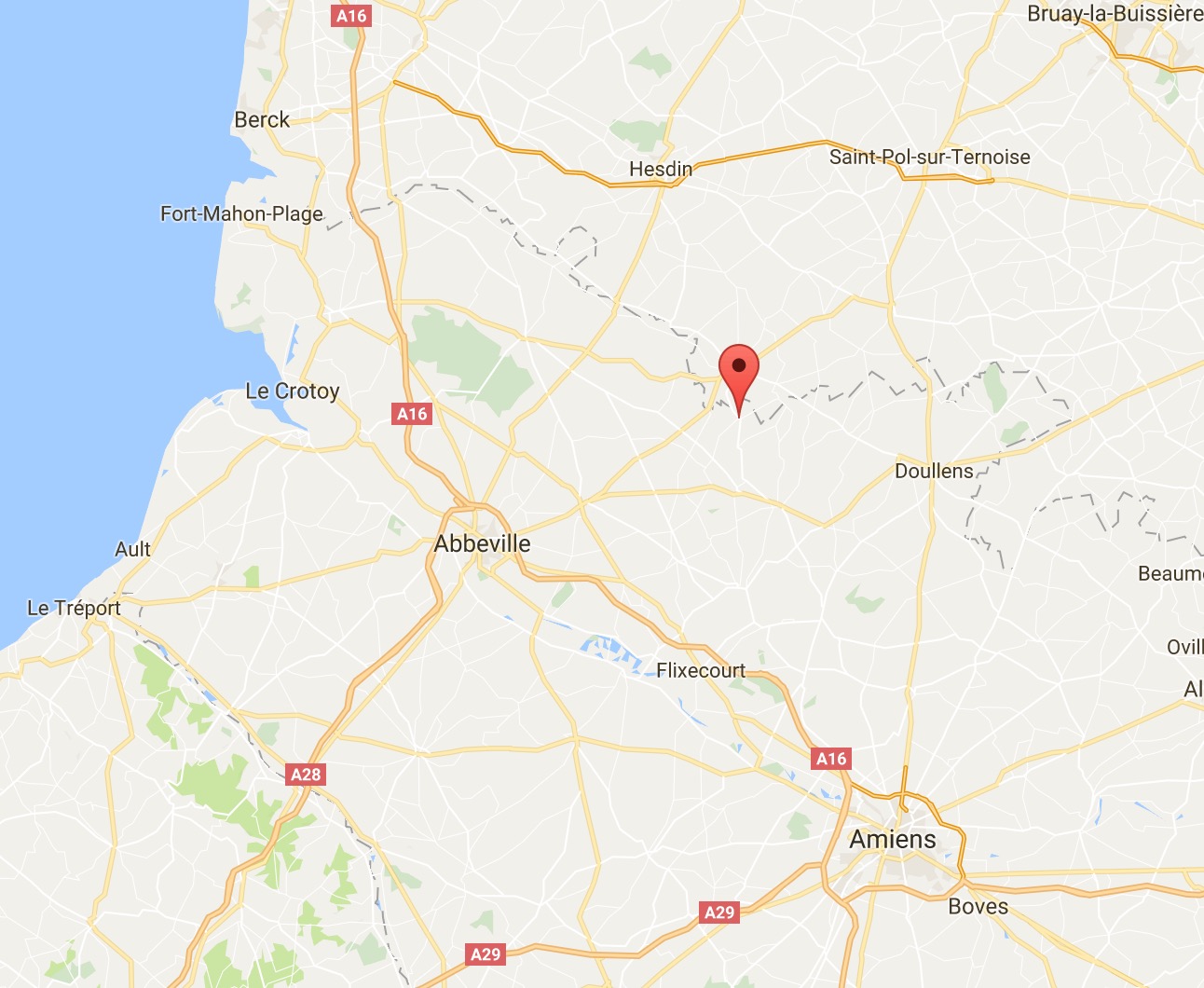 "He could barely look at us and was trembling"

The Spaniel was living in the middle of his own excrement and only ate garbage or scraps. Since he never received any affection in the prison where he was born, he was extremely frightened during the rescue.

"He was so scared that he ran and lay down all the way to the back of his hiding place," continued Flore. The members of the association were extremely patient and worked to gain his trust and progressively got him used to the outside world:

We tried to put a leash on him, but he refused to come forward. We carried him to the car where he rolled up in a ball on the seat. He could barely look at us and he was trembling…

A charge of "neglect" was filed

The rescue explained that the owner accepted to hand over his dog and that charges of "neglect" were filed against him. Dick moved to the Buigny Saint-Maclou shelter, where he's learning how to trust humans. 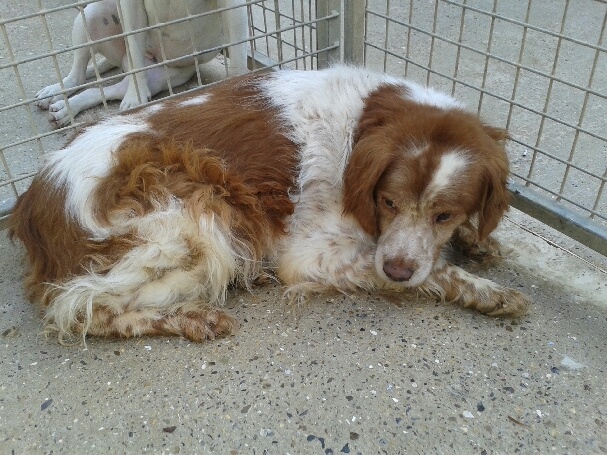 "He is still extremely disturbed"

The road to recovery is still long for the traumatized animal. According to the shelter, Dick still seems incapable of enjoying his new life.

"The poor animal doesn't know how to walk, can't stand up, he's out of place, out of time, passive, waiting for nothing. […] He refuses all food, all he knows is trash, different food isn't appetizing to him," they wrote on their site (in French).

"He's still extremely disturbed. He is terrified of people. As soon as we touch him he is frozen and trembling," added a volunteer.

Thanks to the patience and tenderness of the team, Dick stands a good chance of recovering and learning to love life. "Patience Dick, little by little, poor dog. Every day a little more life. Your life will start at nine years old," concluded the volunteers who are caring for him.

If you would like to help support Fondation 30 Millions d'Amis, you can do so here.