The maternal bond between cows and their calves is incredibly strong and one special cow showed just how maternal these creatures are when she was separated from her baby.

Karma was separated from her son Mr. Rojas when was rescued from a small farm where she was mistreated by the rescue association The Gentle Barn. Unknowingly, they had torn her away from her calf and she was left heartbroken. 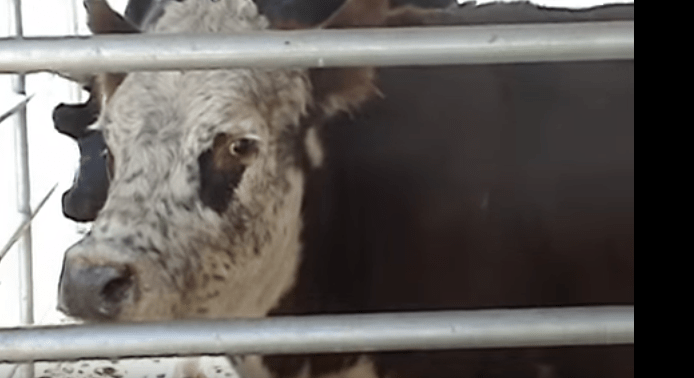 The distraught mother would cry every night in her new sanctuary, and volunteers were stumped as to why; until they saw her udders. They were swollen and still producing milk. Staff put the pieces of the puzzle together and realized that Karma must have had a baby that was left behind.

They immediately set off to rescue her baby and reunite the young family. 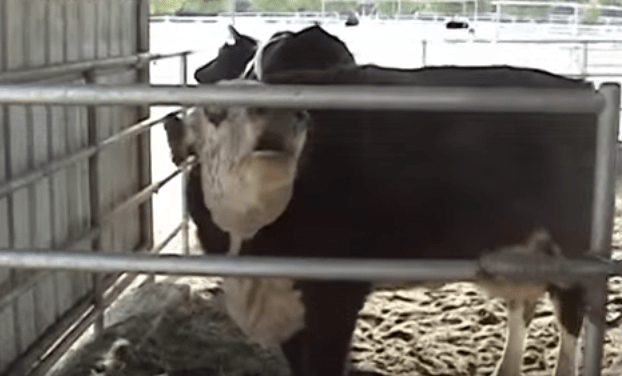 Mr. Rojas was rescued just in time. When volunteers arrived at the farm, he was on his way on his way to a slaughterhouse. Fortunately, luck was on their side, and the vehicle transporting the calf had broken down, so The Gentle Barn was able to intercept hi and bring him to his new home.

Karma was awaiting the arrival of her baby back at the sanctuary and as soon as she saw him, was clearly desperate to be near to him again. 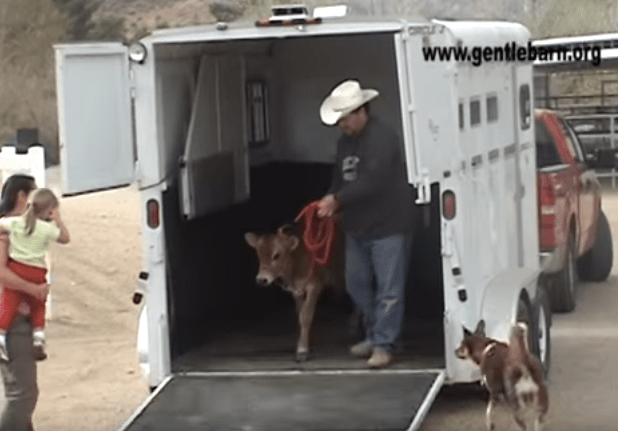 However, the calf was incredibly weak after having been separated from his mother for a few days and continuing to live in the terrible conditions on the farm and he collapsed just after getting out of the car.

Luckily, he was able to regain his composure and was back on his hooves in a few seconds. Mr. Rojas was led towards his mother, eager to see him, and as soon as he entered the pen was again overcome with stress and weakness. 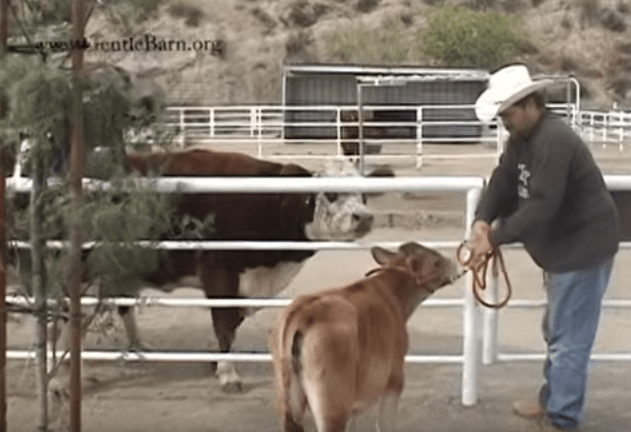 However, with just a little love from his mother, the calf was up again and the pair was finally reunited and elated to be so.

Since his arrival, the young animal has been getting stronger and stronger. The Gentle Barn described on their Facebook page:

He is sweet, affectionate and curious, and will never be separated from his mom again. 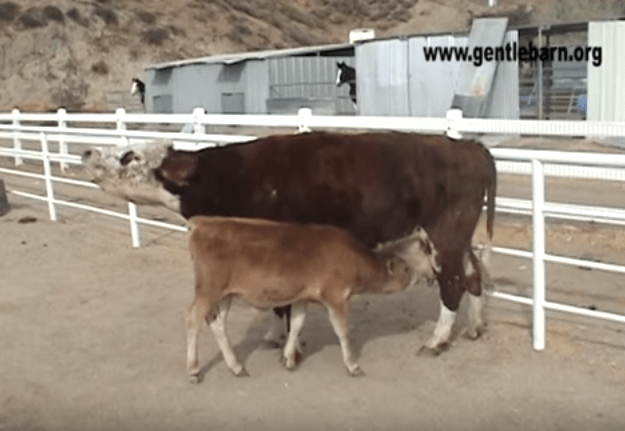 To support The Gentle Barn and help them to carry out their amazing work you can make a donation here.