A chimpanzee named Thomas sadly passed away at the Chimfunshi Wildlife Orphanage sanctuary in Zambia at the end of March.

After the death of his biological mother in 2013, the orphan was adopted by Noel, a female chimpanzee, who took care of him for several years until he fell victim to a fatal lung infection at the age of 9. 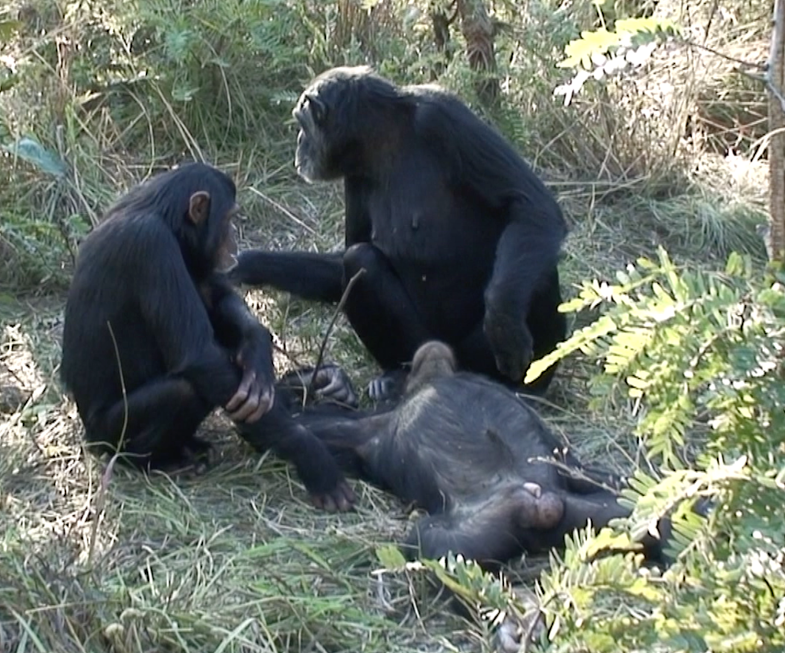 Despite the best efforts of volunteers at the sanctuary, who tried to entice Noel and her daughter Nina away from their loved one with food, the animals refused to leave his side. Edwin van Leeuw, a primate specialist told The Dodo:

The fact that she chose to be near Thomas and clean his teeth over receiving abundant and delicious food from the caregivers indicates that she was motivated to stay with him.

Devastated by the loss of her adopted son, Noel began to clean his teeth with a twig from a nearby plant, carrying out a type of funeral ritual. 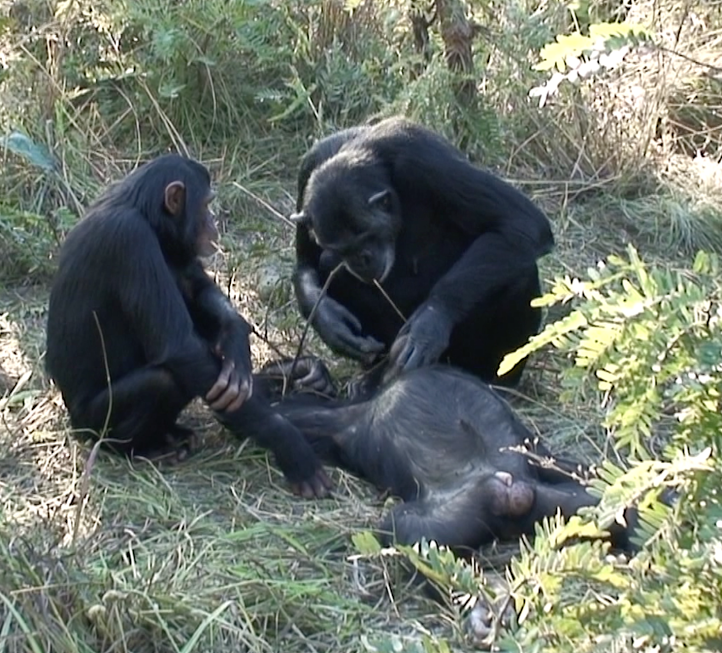 It is well known that chimpanzees are capable of experiencing complex emotions, including sadness and grief, but this is the first time that they have been observed cleaning the body of a deceased family member.

This practice, which was filmed and documented by employees, could help scientists to discover the origins of man's funeral rites. 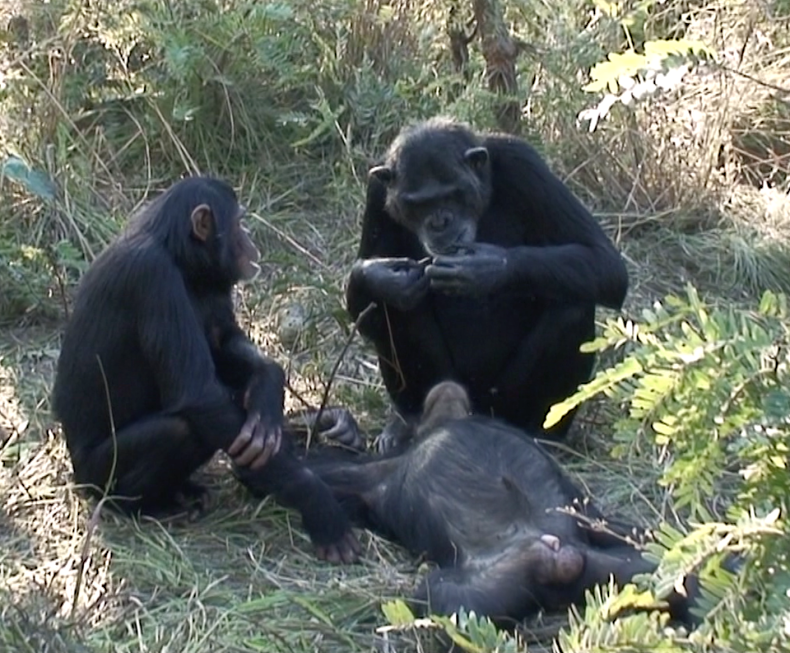 There have been numerous cases in the past of animals demonstrating that they struggle to understand the finality of death. Some have been known to refuse to leave the bodies of their loved ones,  whilst others visit their owner's graves, and in certain extreme cases, some refuse to eat as a result of their grief.

While Thomas died of an infection, there are many other dangers that threaten his species. Chimpanzees are hunted and captured on a huge scale every year for their meat or to be sold as pets and The International Union for Conservation of Nature classes chimpanzees as an endangered species.

Watch the video of Noel carrying out these funerary rites below: