Brutus has come a very long way. This adorable Rottweiler was born at a dog breeders in Colorado, US, who severely neglected him as a puppy.

When he was two years old, Brutus was let outside in the freezing cold for too long… 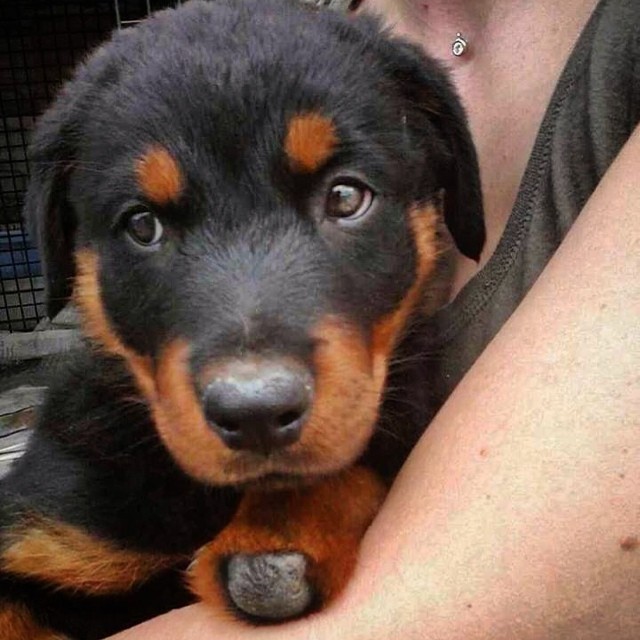 When he finally got back, his breeder realised that he had frost bite on all four of his paws, reaching half way up his legs. Rather than taking him straight to the vet, the irresponsible breeder decided to amputate his four legs himself. A horrific operation which left him completely unable to move by himself.

A few weeks later, Brutus was finally freed from the hands of his neglectful breeder and taken into a foster home, with his soon-to-be saviour, Laura Aquilina. But he was still suffering awfully from his botched surgery.

His rescuers then decided to help save him by launching a fundraising campaign for remedial surgery and prosthetic limbs so that he could live the life of a normal, healthy dog. 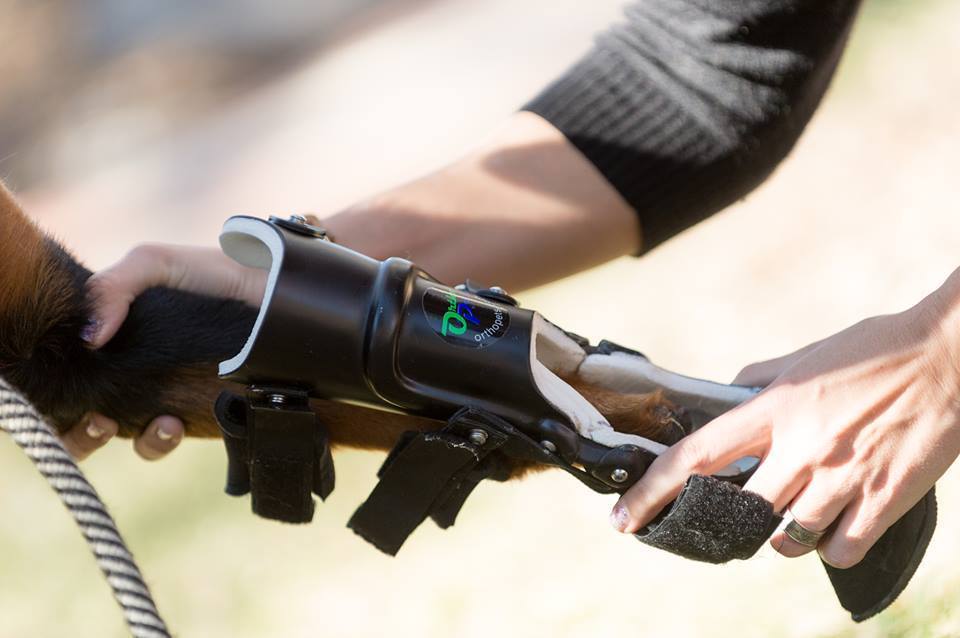 Brutus' story touched the hearts of so many people across the web, that within a few months, over $12,000 had been collected. Laura then got in touch with Martin Kauffman, founder of OrthoPets, who help build prosthetic limbs for handicapped animals.

Thanks to all the donations, OrthoPets managed to make a personalised set of prosthetic limbs for Brutus. This ingenious device meant that Brutus was able to stand on all four legs, walk and climb over obstacles all by himself. He was finally able to enjoy life and play with other dogs. 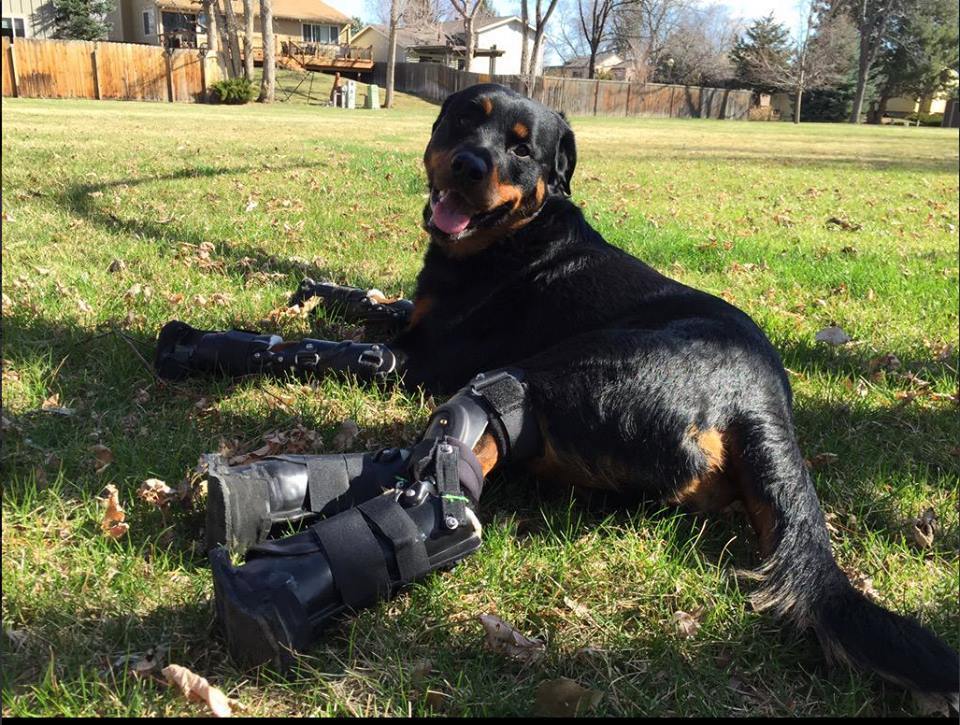 What a complete turnaround for Brutus, who has now become the second dog in the world to benefit from these prosthetics.

We wish him a very happy and long life alongside those who offered him a second chance at life!

Watch footage of Brutus taking his first steps in this heartwarming clip: