One brave mama went above and beyond for her babies.

This greyhound was found at the Vera Market in southern Spain with a fractured leg searching for food by Lianne Powell. She immediately rushed her to see her friend, Ellen Sobry a veterinarian in Turre. 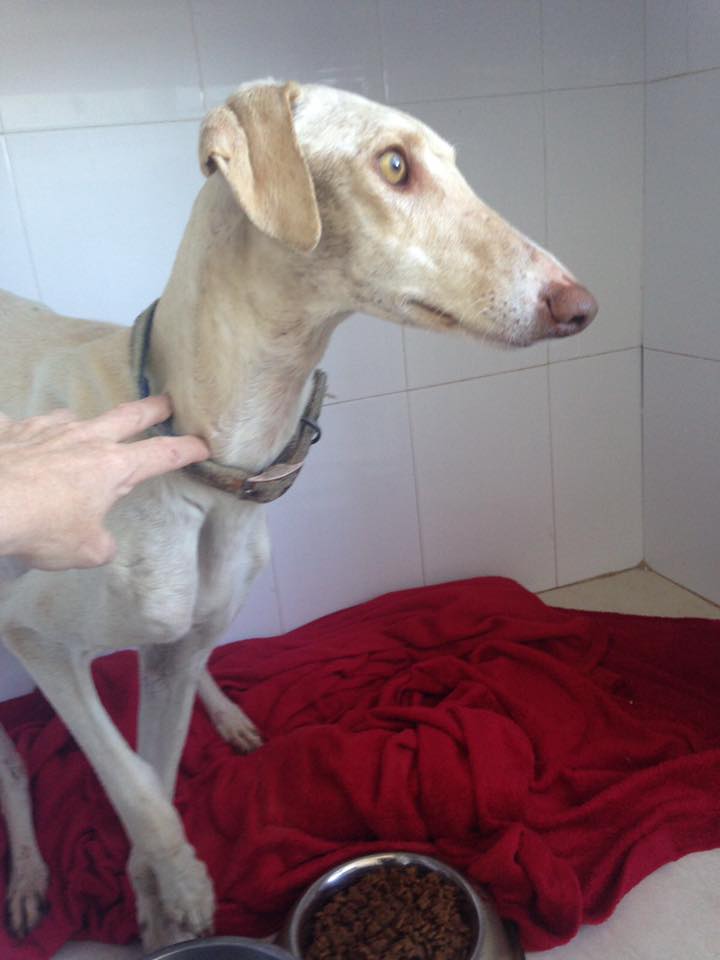 While they were treating her, it became obvious that she was lactating, meaning she had just recently given birth to puppies.

Sobry was concerned that someone had stolen the babies, as this is a common occurence in the area. However, once the dog, who they decided to name Vera, was rested a bit, they brought her back to the spot they found her, in hopes she would lead them to her hiding spot. 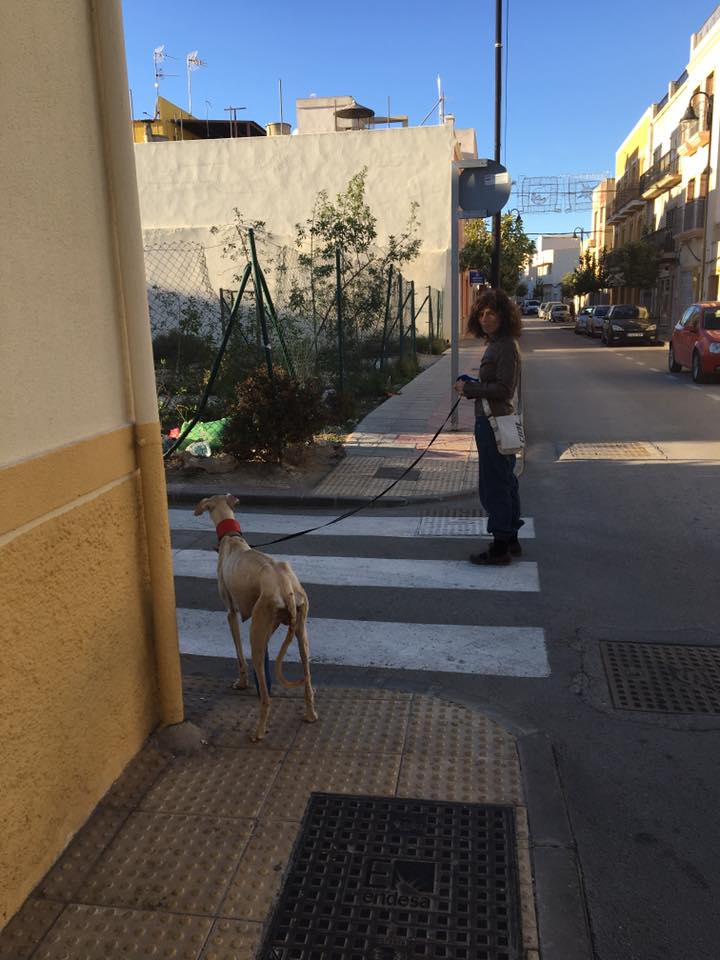 They followed the greyhound as she led them further and further away from the city. They finally reached a run-down house in the middle of the country, almost two miles from where they had started.

Limping and at times dragging her cast, she led us along the backstreets and main roads over the fields and along muddy tracks.

Inside an abandoned car, the good Samaritans found 10 healthy pups waiting for their mom. 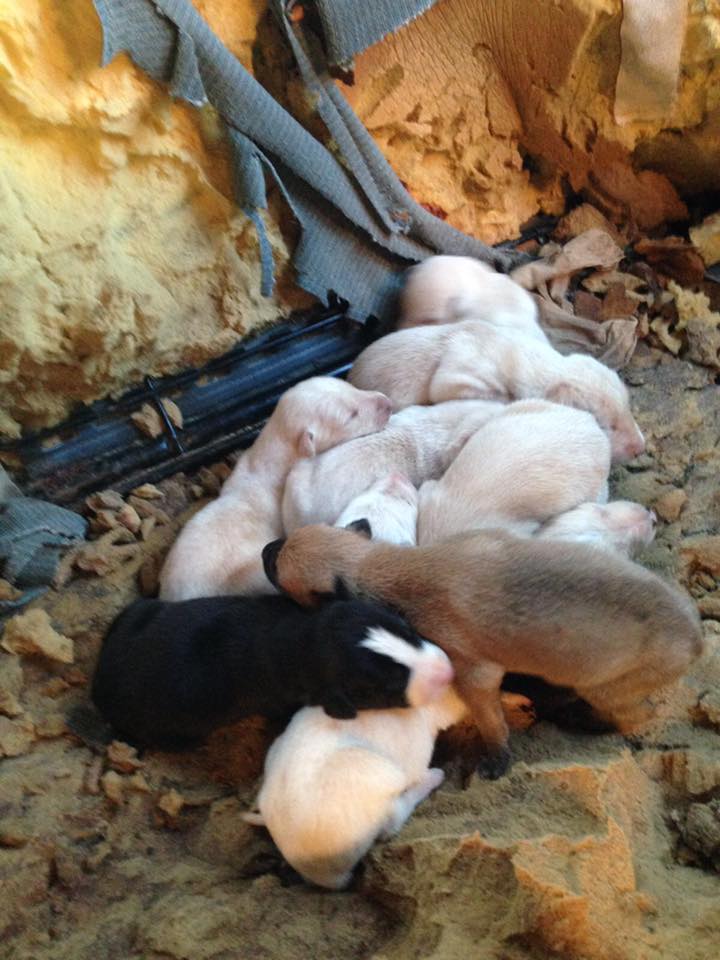 Vera remembered exactly where her babies were and led help straight to them.

That dog didn't know us, we'd only met her like an hour before so it was really incredible how she decided to trust and show us where they were. 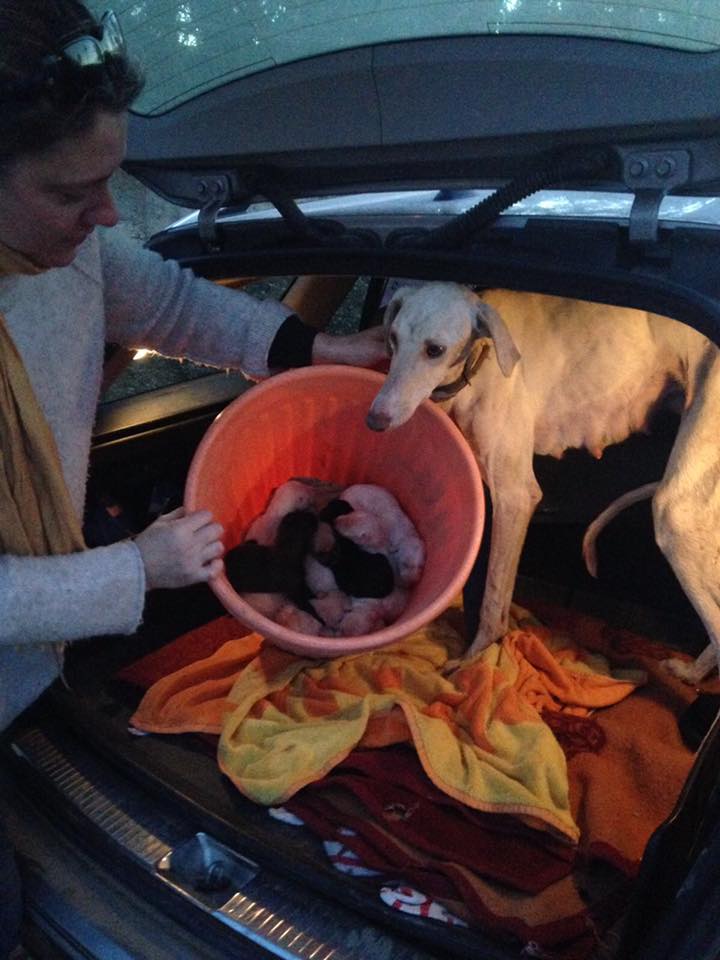 The veterinarian isn't sure how the mama dog's leg got broken, the break was clean, and she had no other injuries, but one thing is for sure: Vera and her babies are much better off.

They are all healthy and being taken care of at the clinic until they're strong enough to be put up for adoption to find their forever homes.

Now she is recovering great, the only thing she has to worry about now is eating, feeding her puppies and sleeping. She's a little bit timid, but she's not too scared. 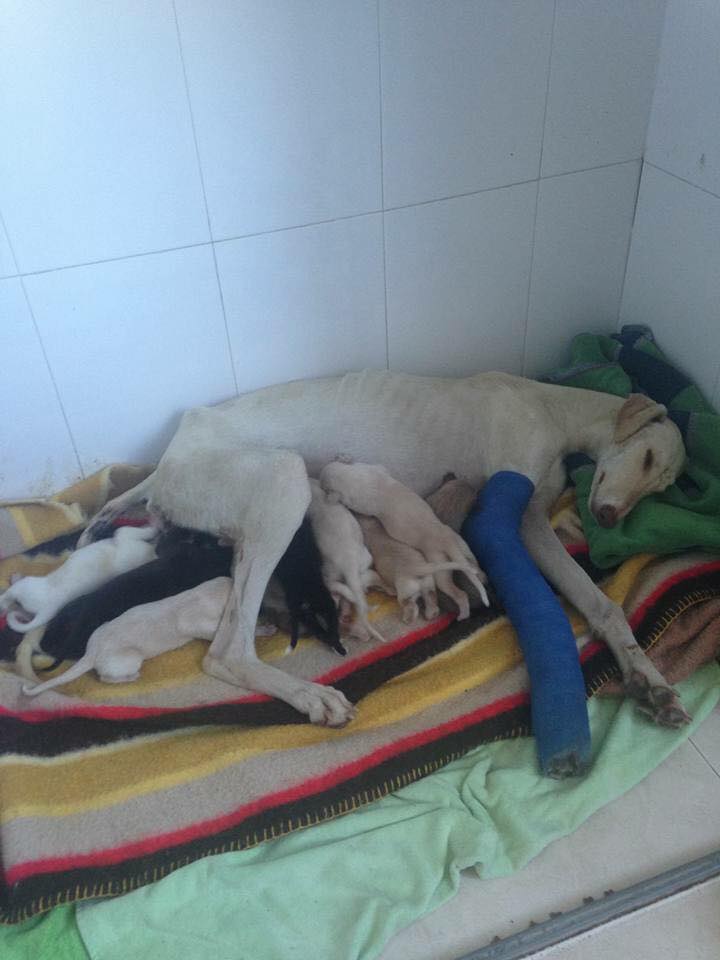 If you would like to help support Vera and her pups, you can make a donation to Ibizan Hound Rescue, who will be in charge of finding the dogs their new homes.

You can watch the heartwarming discovery below:

A new adventure…ended very well!
On saturday Lianne a friend of mine found an injured and undernourished greyhound on Vera market. After giving her first treatments and stabilising her broken leg we took her back to where she was found because we saw she was producing milk so somewhere she had puppies (or somebody took them away as it so often happens over here). We chose to watch what she would do so we followed her for over 3km, ended up somewhere in the Campo in Vera, into a derelict house and there in that car, we made a big Discovery ! 10 little lives waiting for their mum…?