Lonnie is a street dog from Udaipur, India, who was living with a skin disease called mange. 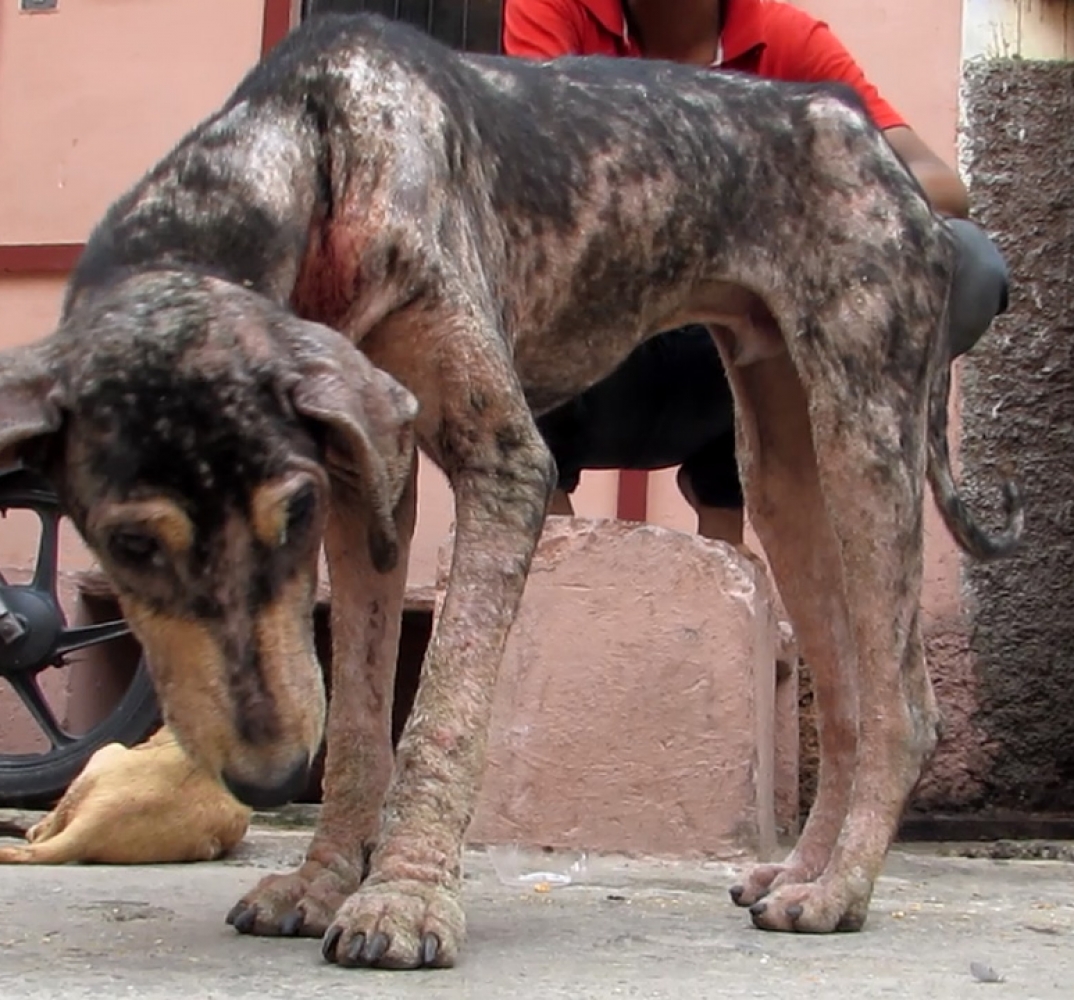 When Animal Aid Unlimited received a call for help, they immediately sent a rescue team to the spot where Lonnie had been found.

He was in the back alley of a neighbourhood itching all over and covered in sores and scabs. The organisation says:

He was listless, flat and feeling just awful from mange.

Dogs are prone to scratch their skin when it is infested with the parasites, which leads to terrible infections and scarring. They can also bleed to death, so it is a very dangerous disease.

The rescue team approached Lonnie upon arrival in the alley, petted him, gave him a treat and then picked him up and loaded him into the truck. They filmed the whole thing, from the moment they met him until the moment we see his amazing transformation after the rescue.

He headed back to the organisation with them, where he was treated with special skin medication and kept in the garden.

The next shot we see of Lonnie is one month later… He is running around, jumping for joy and playing in the garden. And his skin is completely healed!

Take a look for yourself at this heartwarming video. His reaction says it all: he knows that the rescue team have saved his life and he couldn't be happier to be frolicking around!