In the video, which was filmed in a pork farm in the southern town of Alhama de Murcia, pigs are shown in alarming physical condition. 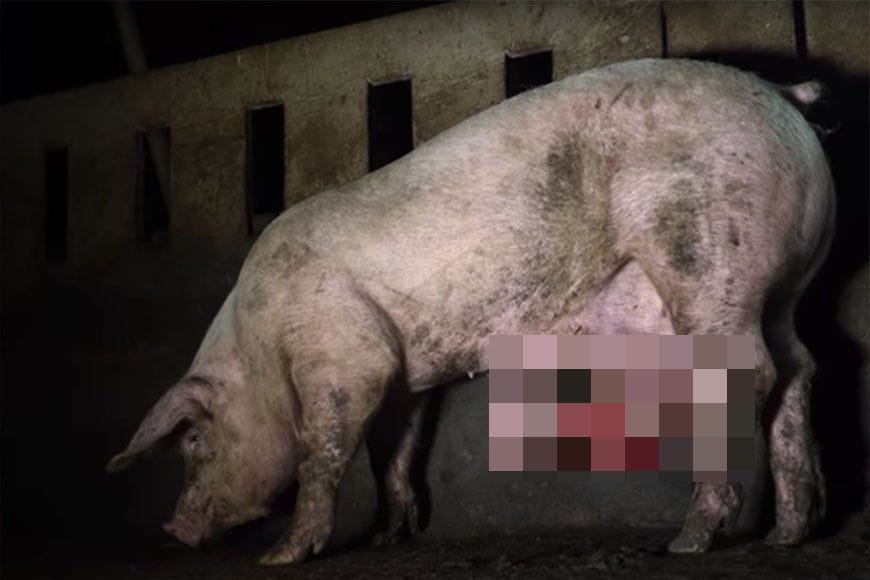 Warning: some images may be upsetting.

Igualdad Animal, a local branch of Animal Equality, shot the footage footage in the southern Murcia region, which is known for flouting hygiene regulations.

They discovered pigs with gaping and infected wounds, abscesses and deformities, and even saw instances of cannibalism.

"We've never seen anything like it," Javier Moreno, co-founder of the animal advocacy group, can be heard to say during the video. 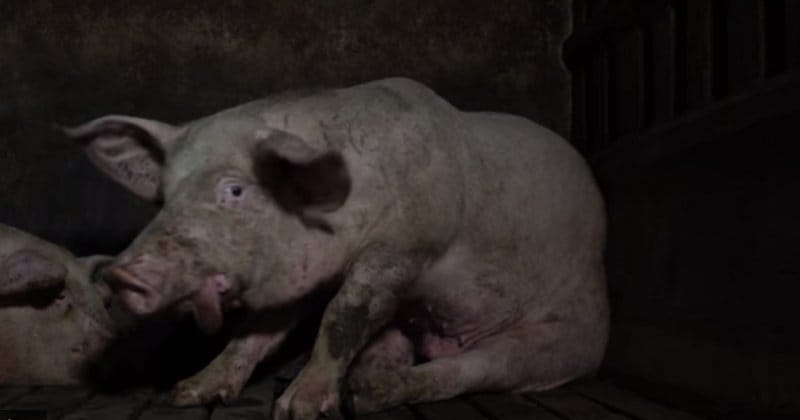 The video was filmed at night in collaboration with spanish TV network La Sexta, who led an investigation into the meat industry.

It decries the horror of large-scale pig-farming as carried out by the Belgian companies Colruyt and AD Delhaize, among others.

Discoveries which could implicate companies with large-scale distribution

According to the Spanish newspaper El Pais, which covered the story, Colruyt and AD Delhaize have been called on to stop their partnership with El Pozo.

They have also been asked to withdraw their product ranges which contain pork from pigs brought up in these conditions, due to the potential risk of contamination.

As noted by the newspaper, the parts of the pigs "judged unsuitable for human consumption" are simply cut off, which doesn't reduce the risk of contamination when the meat is consumed.

According to Roel Dekelver, a spokesman for Delhaize, an enquiry was opened in order to clarify the extent of the accusations.

In the meantime, the products concerned will be "temporarily stopped".

Accusations denied by the Spanish supplier

Despite the outcry, El Pozo doesn't seem willing to own up to its wrongdoing.

After the video was released, they announced that the pigs in question were affected by birth defects, and that they had been placed under observation in order to limit further deterioration of their health.

However the company denied the alleged lack of vets onsite, and reasserted their respect for European animal welfare and hygiene legislation.

As for the two Belgian corporations, they have expressed an intention to "reconsider their collaboration" with El Pozo and recall any meat taken from pigs from their farm.

Customers of the companies will also be able to return their products to supermarkets. 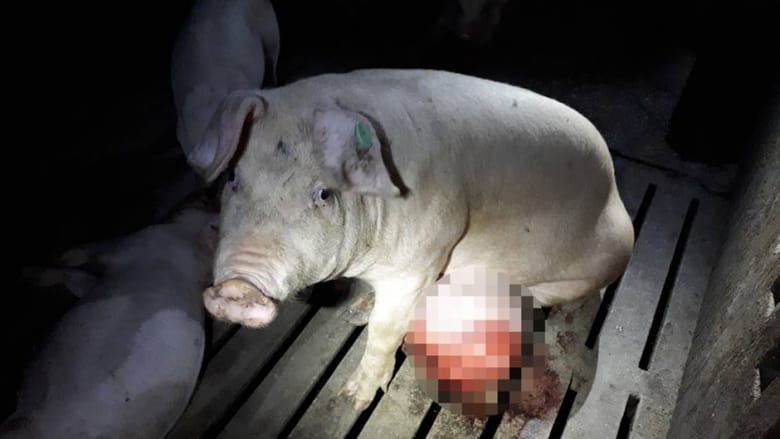 El Pozo is one of the most popular meat brands in Spain. Their products are sold in more than 75 countries worldwide, including the UK.

You can support Animal Equality and the incredible work they do by clicking here, making a donation and helping them to continue saving animals.

The video (warning! Some may find these images disturbing) :