Whilst animal defenders around the world are fighting to bring an end to the practice of corrida (bullfighting), a new, cruel discipline is making waves in Spain. 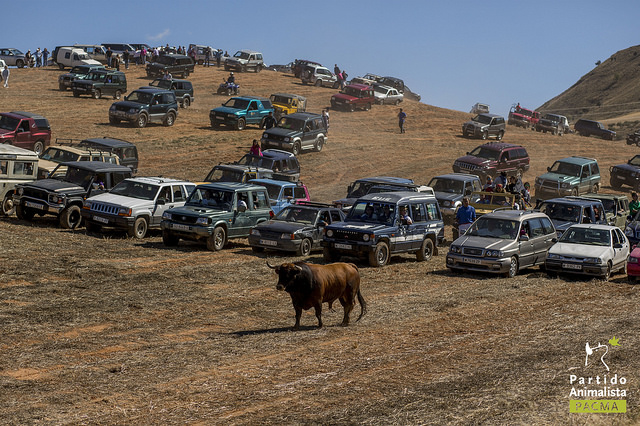 This latest craze involves a bull going head-to-head with vehicles of all types – cars, motorbikes or quad bikes. 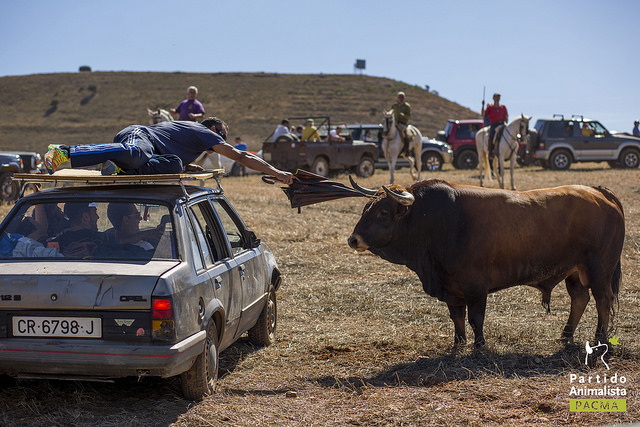 The practice of "encierros" ("confinement or imprisonment" in Spanish) involves chasing a bull in a motor vehicle as he tries in vain to defend himself by charging at the car, until he is completely exhausted. 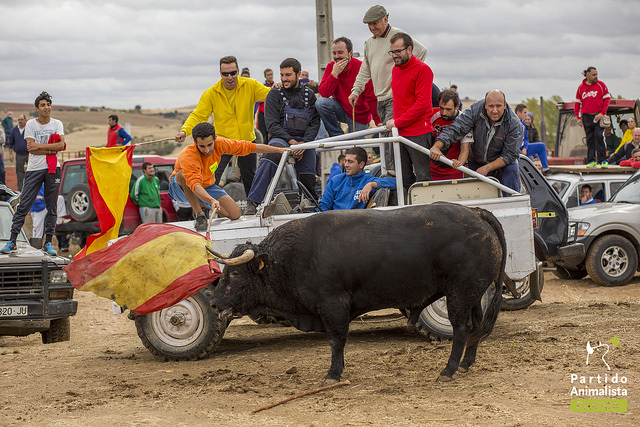 As if this weren't cruel enough, the men on the cars attack the animal by throwing rocks at him. Most of the time there is one bull surrounded by many cars at once, making it impossible for him to win. 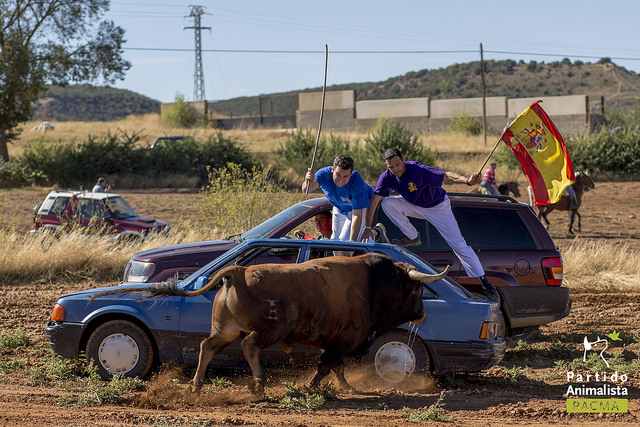 Once the animal has given up, he is shot in the head and killed.

There are many, usually intoxicated, spectators who assist in this "death rally". This inhumane game is becoming very popular in many parts of Spain, especially in the rural areas. Most of the fights take place in the Guadalajara province in the center.

PACMA, the Spanish animal defence party, has denounced this practice and is fighting for to have it banned. 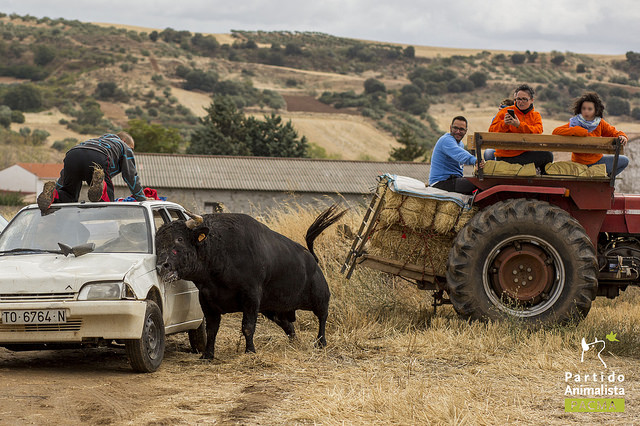 Silvia Barquero, president of PACMA, tweeted: "We cannot tolerate those who commit such atrocious acts that tarnish Spain's image." 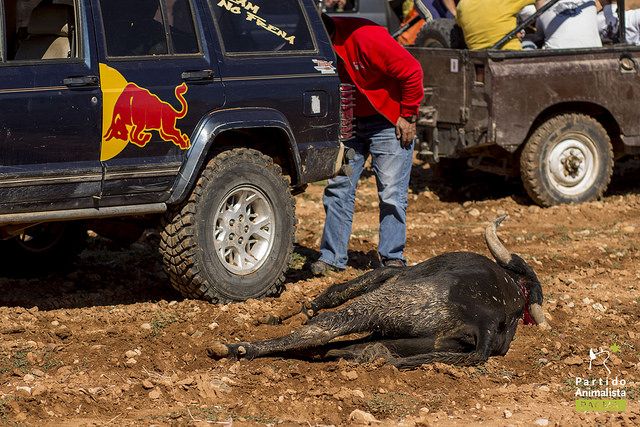 In order to create awareness amongst the Spanish population, the animal defence party published a video showing the horrific treatment of the bulls. The scenes are extremely violent.

To help the organisation fight against this horrendous new trend, you can make a donation here.

It's a matter of urgency that the encierros be totally banned by the Spanish authorities and that we continue to condemn all forms of corridas, bearing in mind that bullfighting kills 250 000 bulls each year.

To support the fight, you can also sign Animal Aid's petition, who have been protesting for years to abolish this cruel practice.