Marshmallow the deaf Pit Bull and Scooby were best friends.

They lived together at Unleashed Pet Rescue in Kansas in the US and gradually grew closer and closer. It can be a lonely life in a rescue centre, but these two dogs had each other to get them through the heartache. 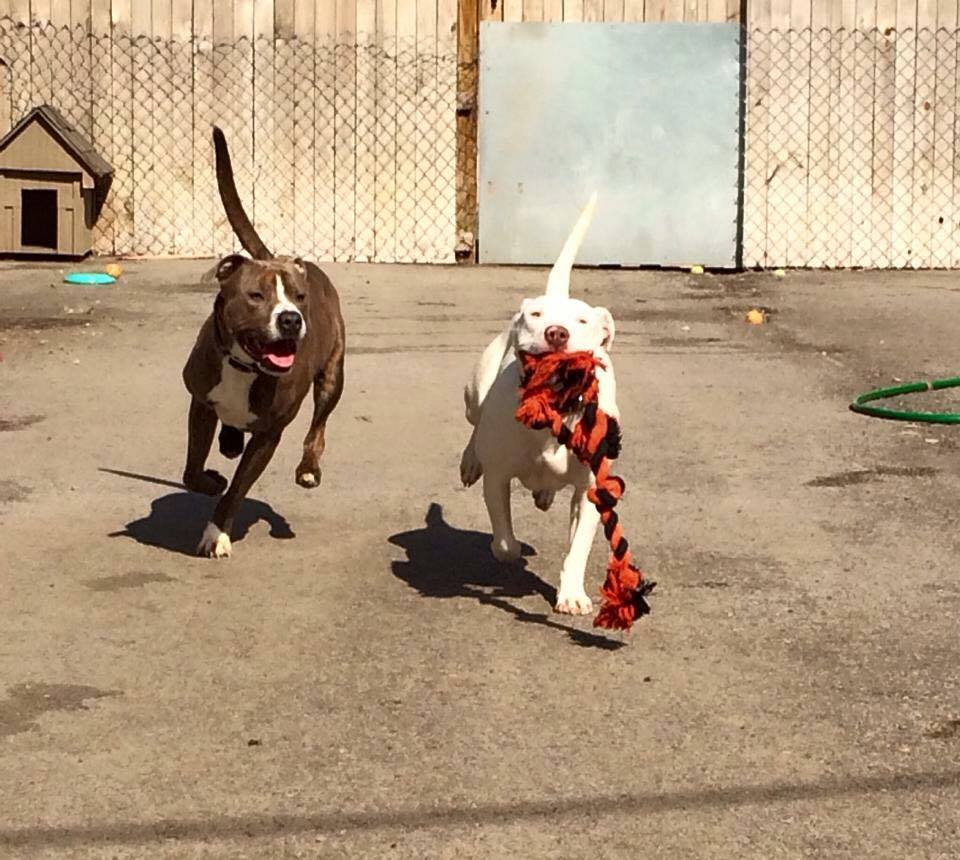 And then Scooby was adopted, leaving Marshmallow all alone. Though it was of course great news that Scooby would finally have her happy ending, Marshmallow was heartbroken.

Ever since her best friend left, Marshmallow spent her days crying in the shelter.

But she's a very special dog. The rescue centre wrote on their Facebook page:

Marshy is a special girl with a special story, she is deaf. When we rescued her, she was very sick with parvo and left on a chain abandoned by her owners. She is truly a survivor.

Of course, Marshmallow's story couldn't fail to capture the heart of the internet community. 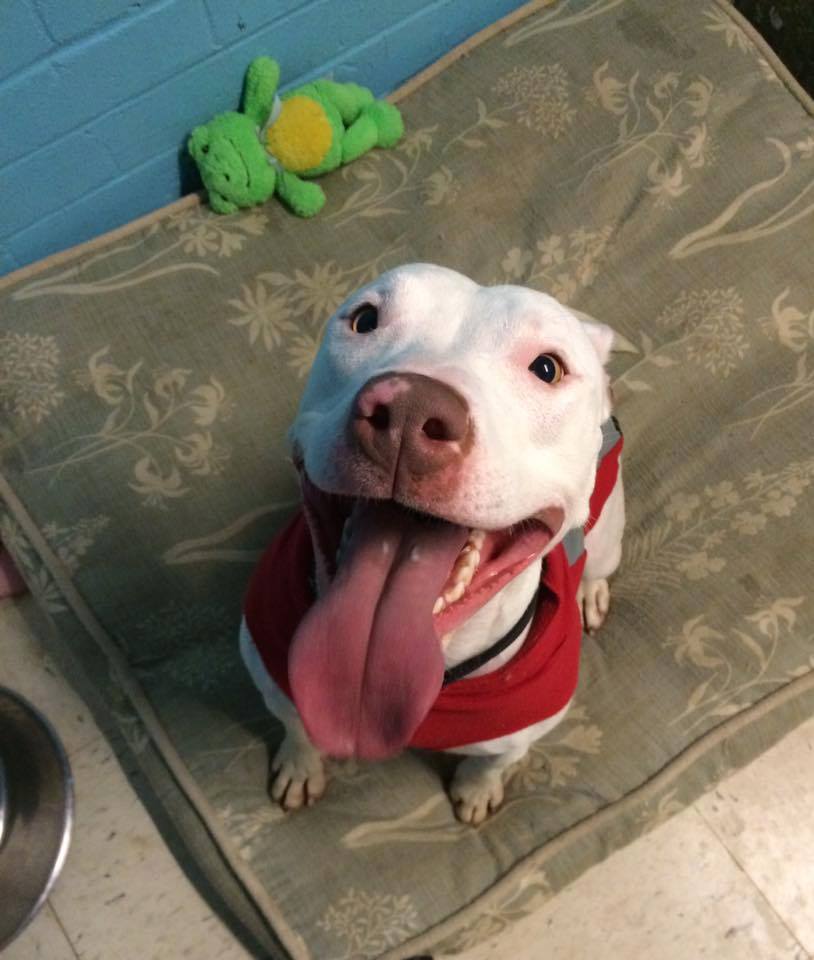 And her dreams finally came true.

After her heartbreaking story was shared by The Dodo, Unleashed Pet Rescue wrote in an update in December that she found her forever home, along with some human siblings who would give her the love she always deserved. 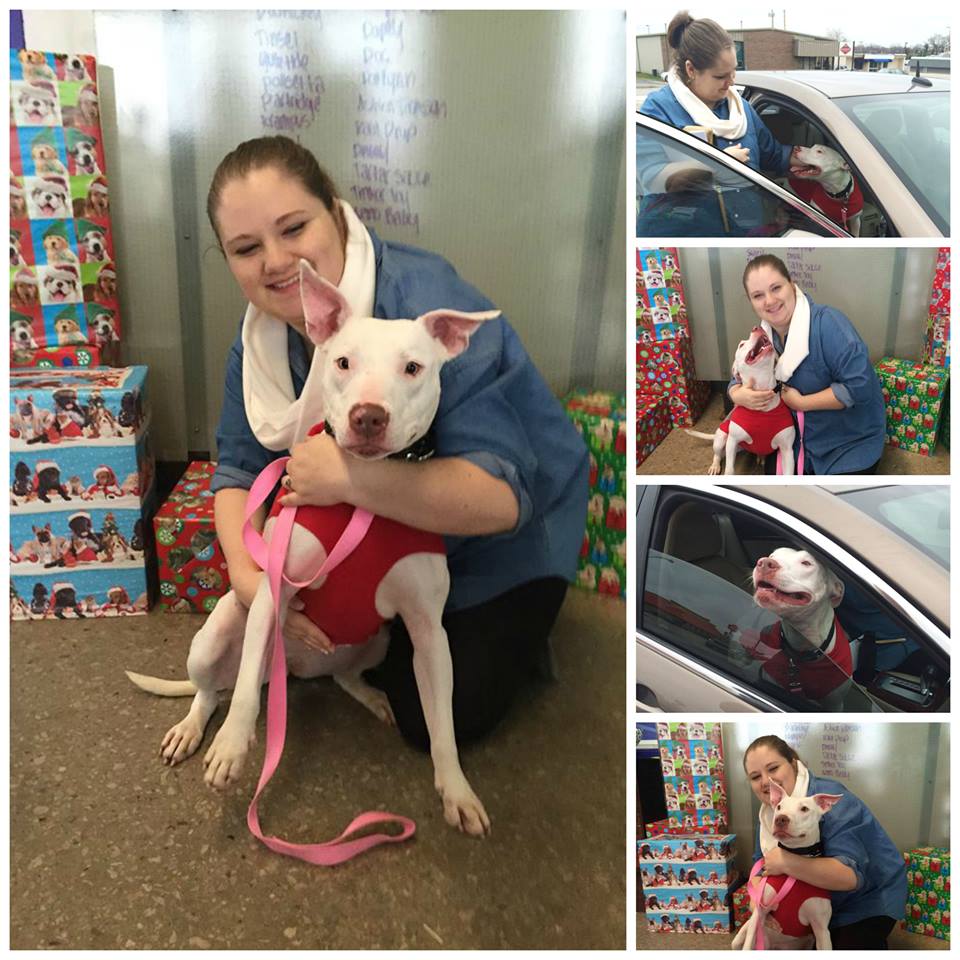 And the dog is going from strength to strength in her new home! There's no doubting that Marshmallow is a fighter. She has taught a lesson in resilience and never giving up. 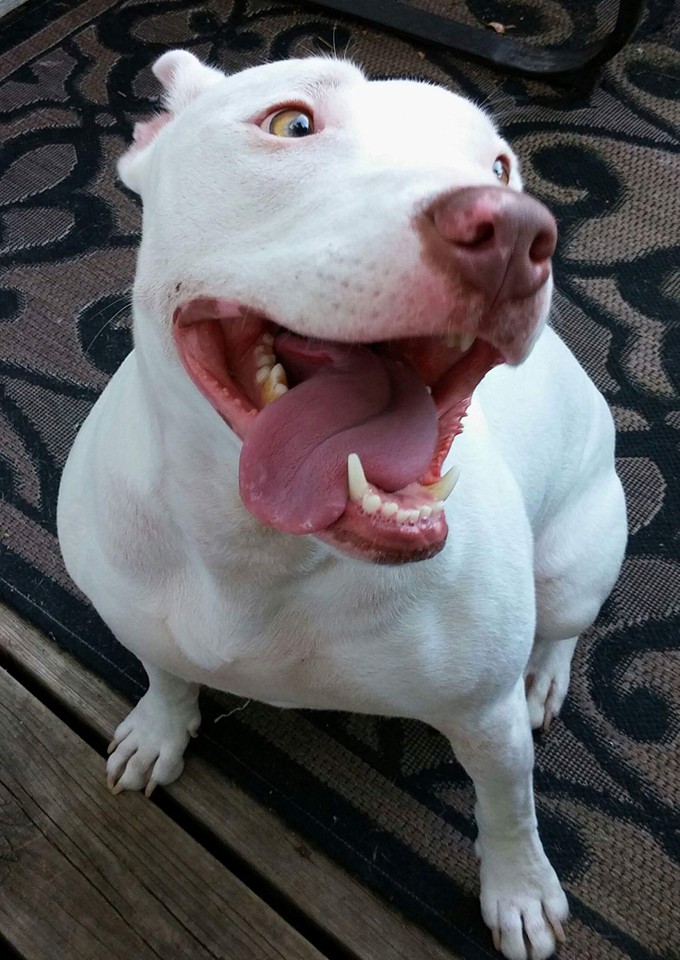 In fact, Marshmallow is now an ambassador for all animals just like her, who have been "abandoned and given up on…and many animals that are judged for their special needs and appearance." 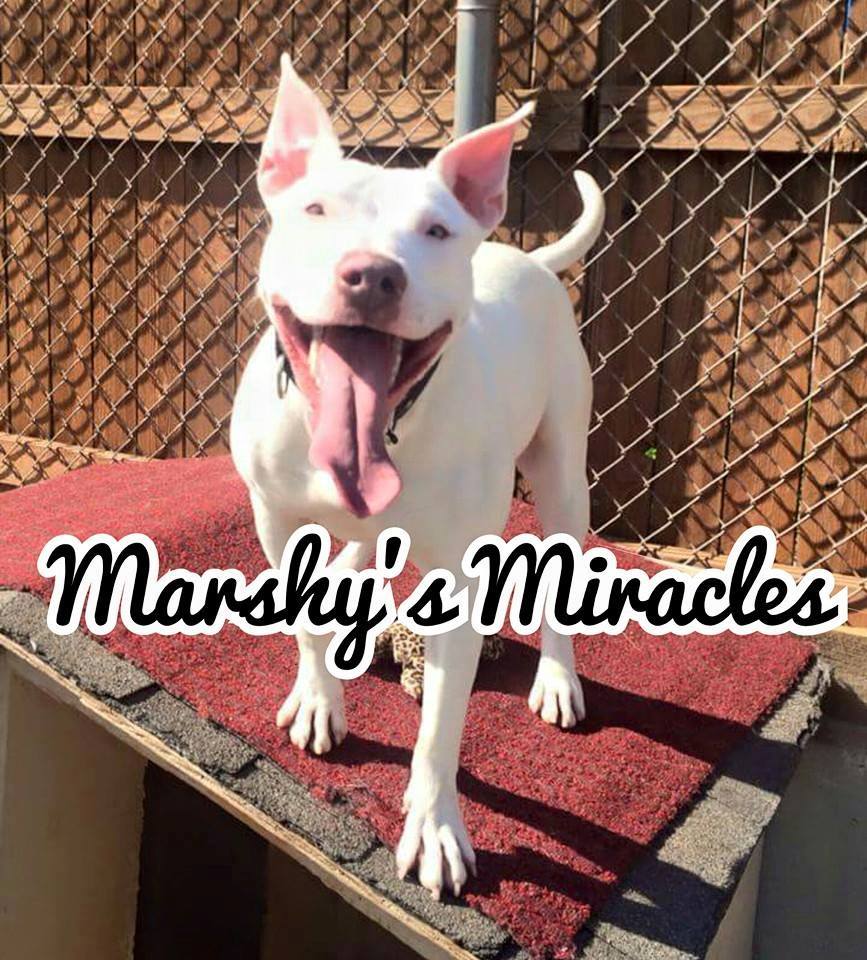 She is now helping to raise money for other special needs animals at Unleashed Pet Rescue with Marshy's Miracles, so other dogs can get the love and care they need. You can support the fundraiser here.

Alternatively, you can help make a difference to these dogs' lives by making a donation to Unleashed Pet Rescue here.