On April 7, Malaysian customs agents discovered 18 rhinoceros horns during a security check at the airport in the capital city, Kuala Lumpur. That makes the sixth seizure in less than a month in the Asian country, which has seen an increase in poaching and selling of illegal animal products. 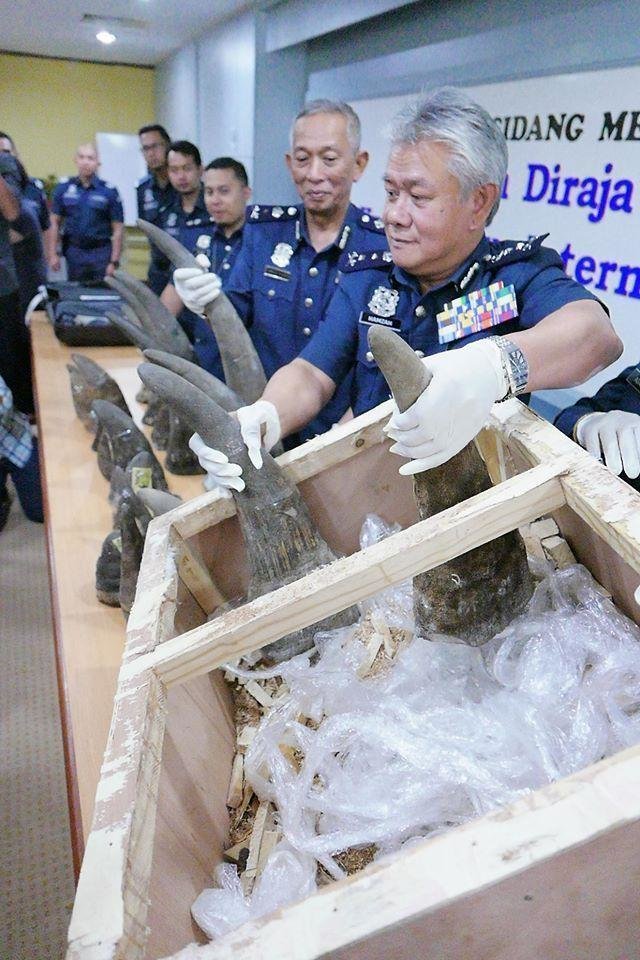 The crate, which weighed over 100 pounds, claimed to contain works of art, destined to be delivered to a fictional address in the small town of Nilai, 10 miles from the Kuala Lumpur International Airpot (KLIA).

The sale, buying or transport of rhinoceros horn is punishable by two different local laws. The International Trade in Endangered Species Act of 2008 specifies that prison terms can reach up to seven years, in addition to a fine of one million Ringgit (around $231,000). 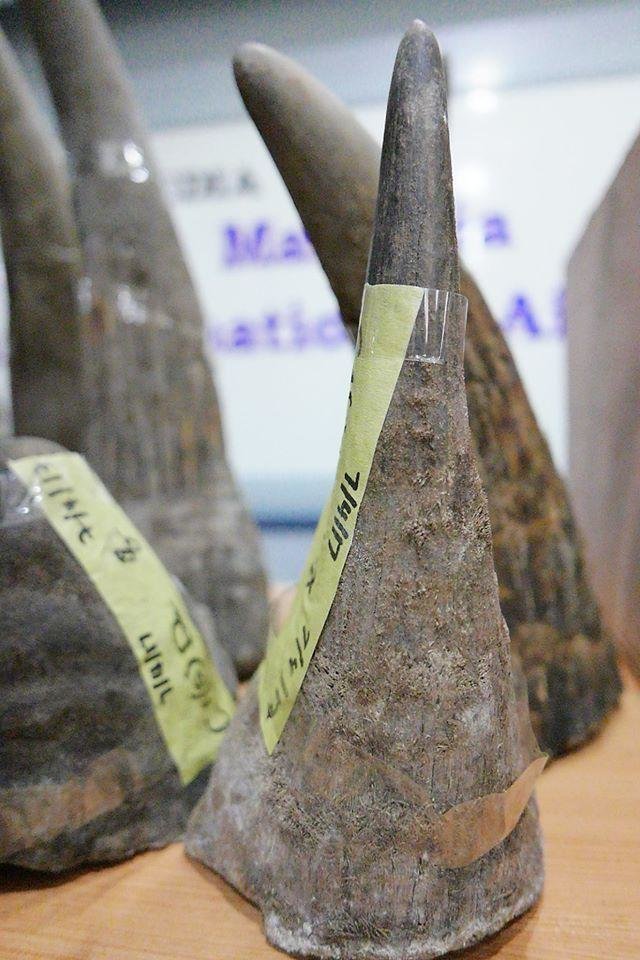 The second law, Malaysia's Customs Act, regulates imported merchandise and comes with a penalty of three years in prison and a fine between 10 and 20 times the estimated value of the illegal cargo. 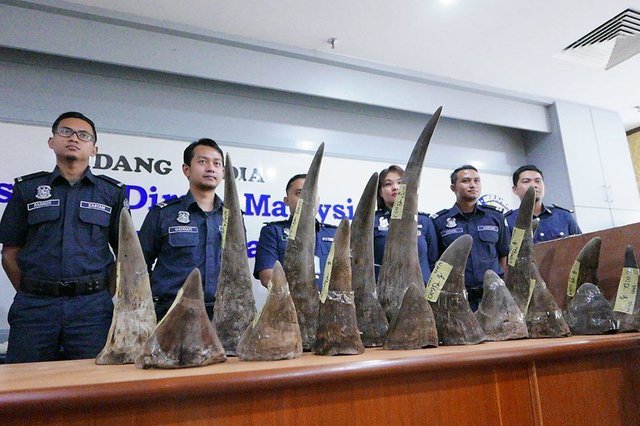 This rhino horn seizure adds to five others in South East Asia since March 8, resulting in a total of 103 horns and a total of over 500 pounds. Two of these led to the arrests of two men in Hong Kong.

The association TRAFFIC, which is very involved in the fight against illegal trafficking of animal parts, explained in a publication on their website:

Seizures are an indispensable step when banned goods have already entered a trade chain and TRAFFIC commends the Malaysian authorities from stopping criminals from profiting from rhino horn trafficking. These recent seizures across Southeast Asia point to a ‘busy’ trafficking period and we hope that law enforcement agencies in the region collaborate to fight this crime in an effective and united manner. 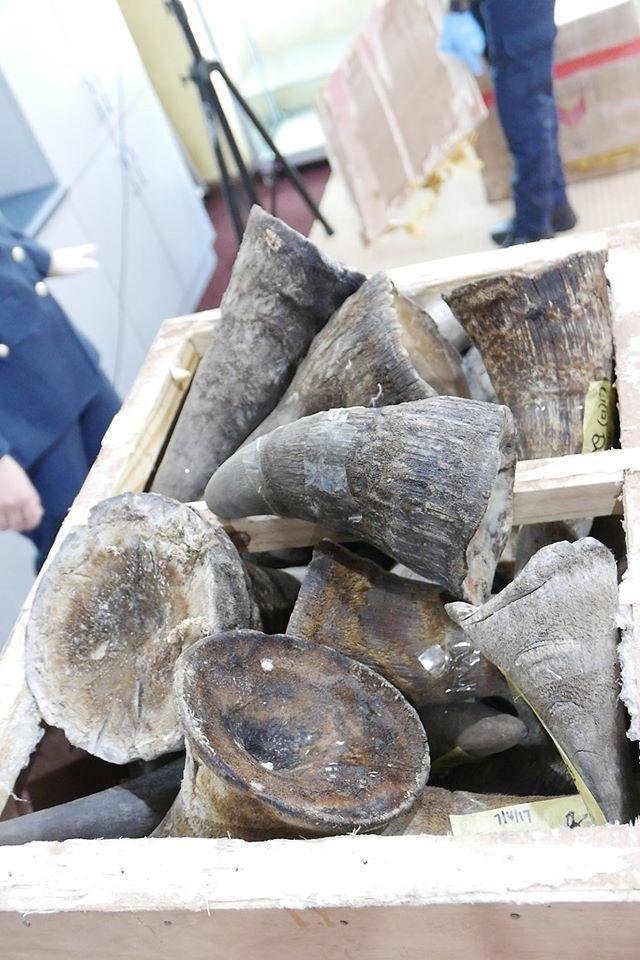 If you would like to help support TRAFFIC in its fight to end the illegal rhino horn trade, you can make a donation by clicking, here.