Brittany Gillot and her dog Mac are best friends. So when she brought six baby chicks into their Nashville, Tennessee, home, she was worried about how the canine would react to some fluffy competition.

However, the last thing she expected was for the group to become best friends, even family. 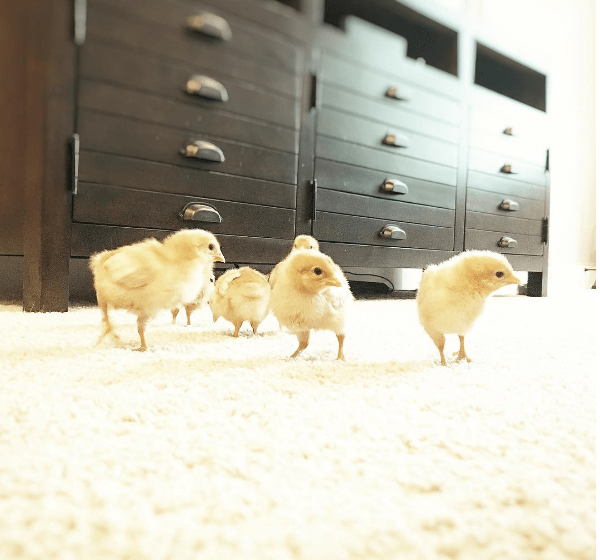 Mac had always been a friendly and caring dog, open to strangers and new friends right from the day that his family brought him home. However, Brittany still had her reservations and decided to play it safe and introduce the new housemates step by step.

At first, the baby chicks and the dog were kept in separate rooms. Mac could visit the little chickens in their heated plastic enclosure while supervised by his humans. Gillot explained to The Dodo:

Anytime we were home, and he was around them, he would honestly just sit there and look at them through the bin. He just watched them move back and forth, and he constantly wanted to be around them. 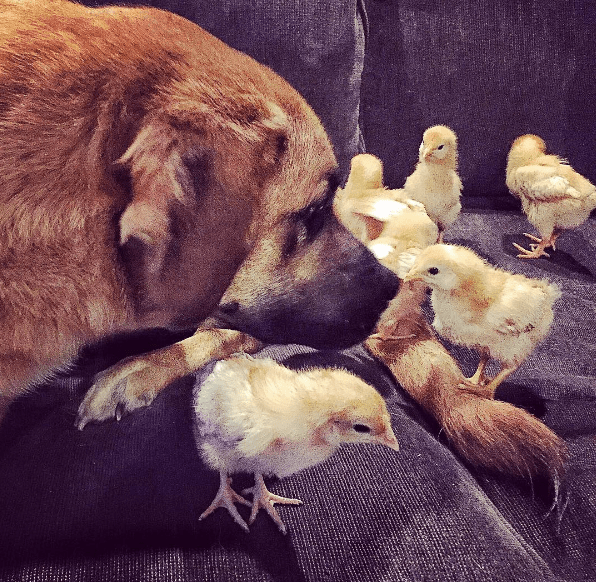 Pretty soon Mac was enamoured with the new creatures and insisted on seeing them every day. The canine even started a new morning ritual that Gillot describes:

Normally in the morning, he wakes me up by nudging me because he’s so excited to eat and go outside. But even before he ate, he wanted to go see the chicks. It was really cute. He was constantly watching them to make sure they were OK. 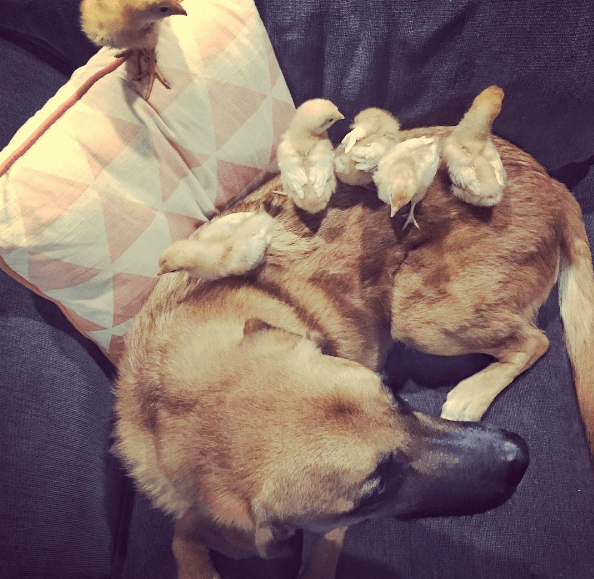 Slowly but surely, his humans grew to trust him and Mac was allowed to spend more and more time with his new best friends. He never once tried to hurt or even play with them too aggressively. The unlikely bunch grew closer and closer.

Now the chicks have grown up and live in their own pen outside but that doesn't deter Mac. They see each other plenty, even celebrating birthdays. 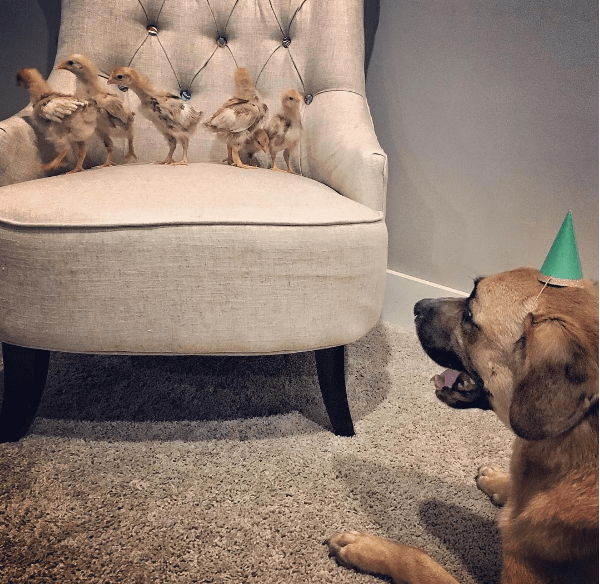 Mac just can't get enough of his new family members and the feeling seems to be mutual. To see more of the adorable friends, follow their Instagram by clicking here.