There are some funny pets out there, but this one comes with a very special story too… 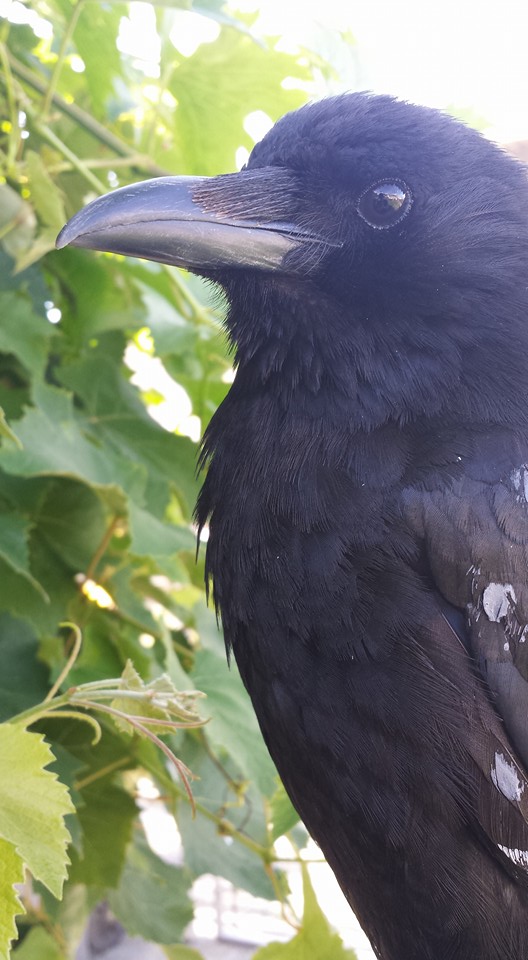 Canuck is a crow from Vancouver, Canada. When he was just a baby, he fell out of his nest and was found by Shawn Bergman's landlord's son. The boy rescued the bird and raised him. And  it's a good thing he did, according to Bergman:

He was no bigger than a tennis ball and was not able to fly due to his age. He more than likely would've died if he hadn't been taken in, in my opinion. 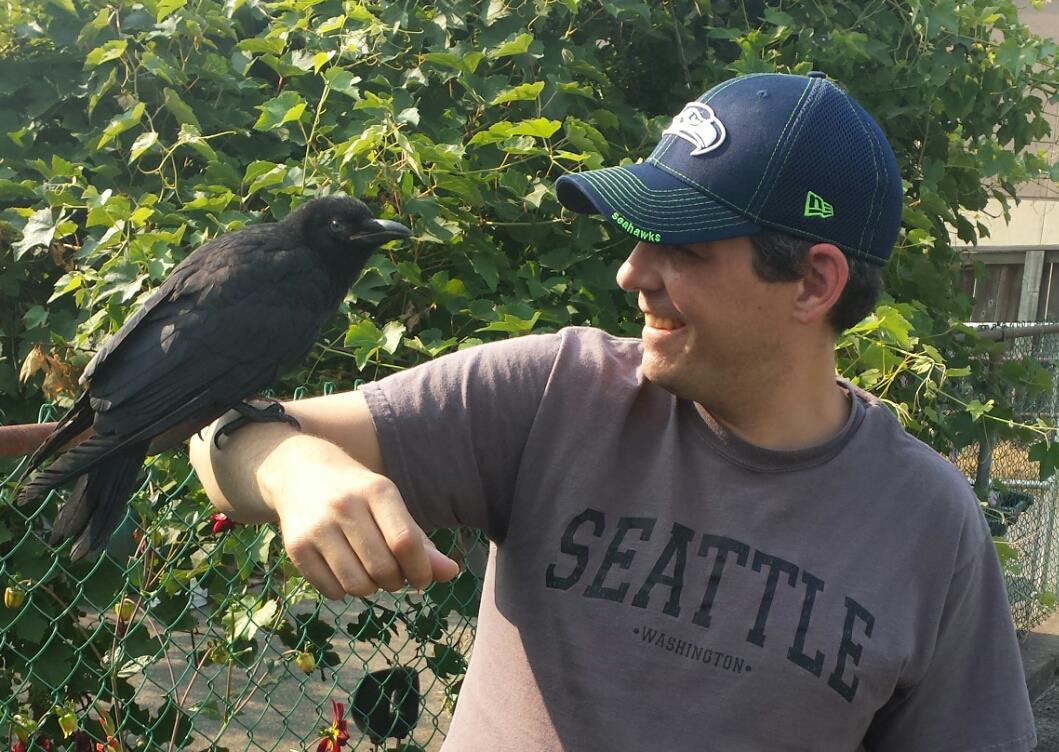 The son looked after Canuck while he recovered and learnt to fly. The bird was finally released into the wild in July 2015, with a special red band around his left foot to indicate that he'd been in contact with humans. 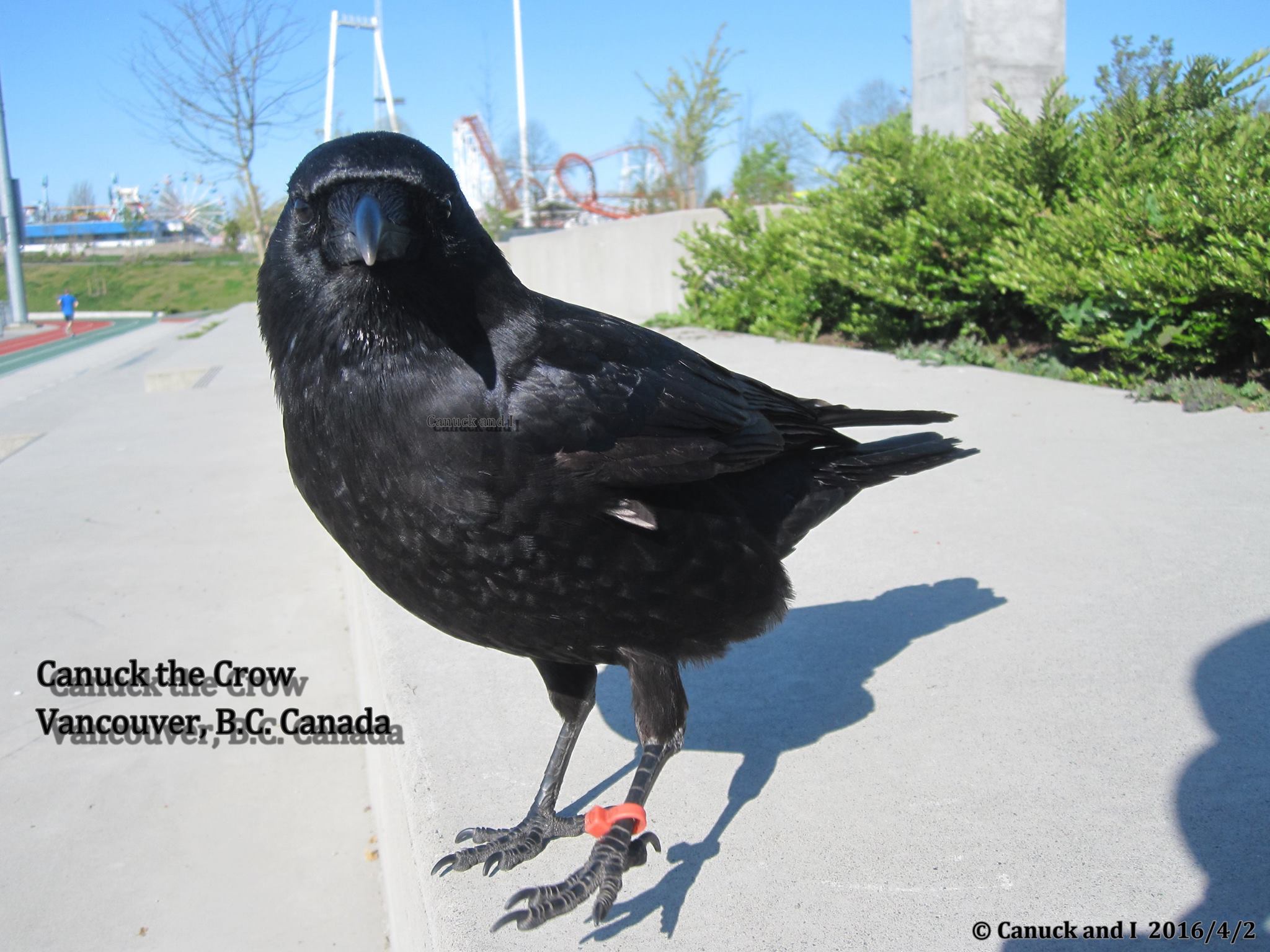 Try as they might to encourage Canuck to roam free, the bird wasn't going anywhere. He preferred to stay in the back garden of his home, until one day Bergman noticed he wasn't there anymore.

He worriedly went out looking for him, and found the crow "looking very confused and scared". He tells The Dodo:

As soon as he saw me, he ran up to me. I put up my arm and he flew up and landed on it. 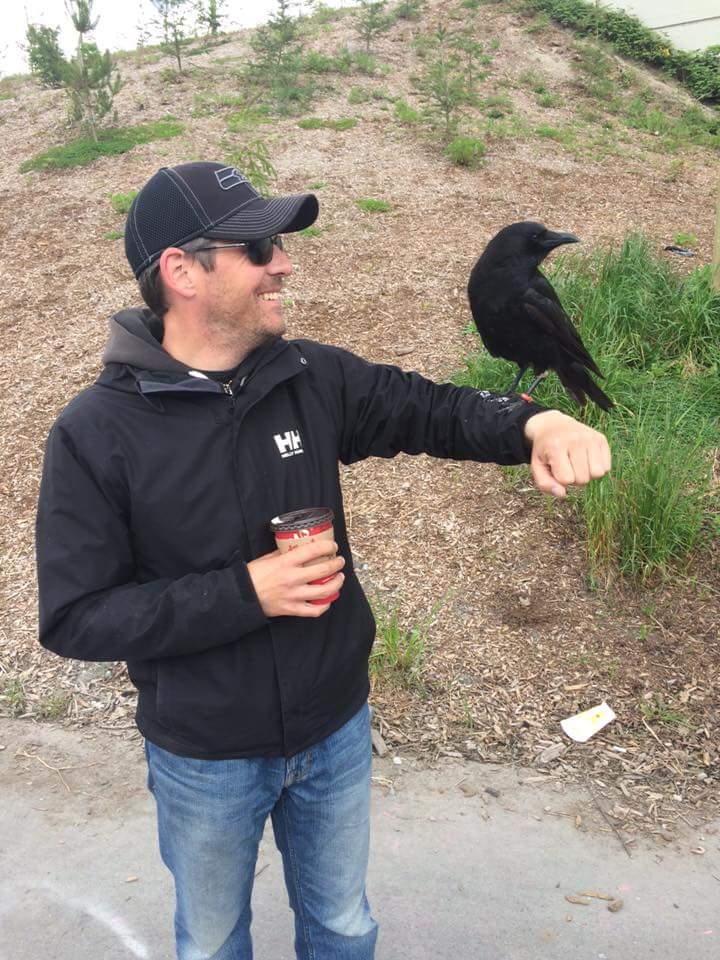 Bergman experienced the joys of having a crow perched upon his arm for the first time…And he's never looked back.

The two are now inseparable, with Canuck greeting Bergman every day on the human's way to work, and on his way back! 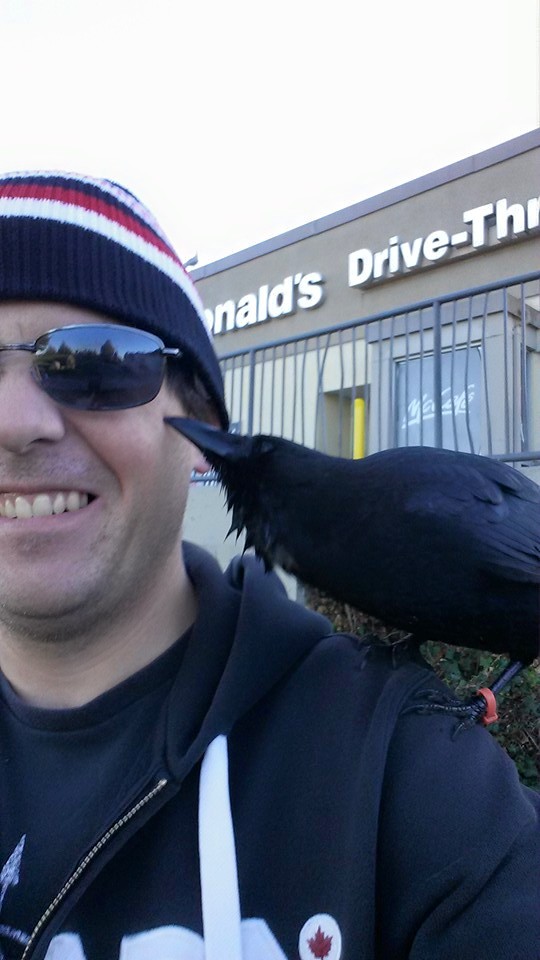 But Bergman says "I want him to experience life naturally", despite his rather unusual affinity with humans. 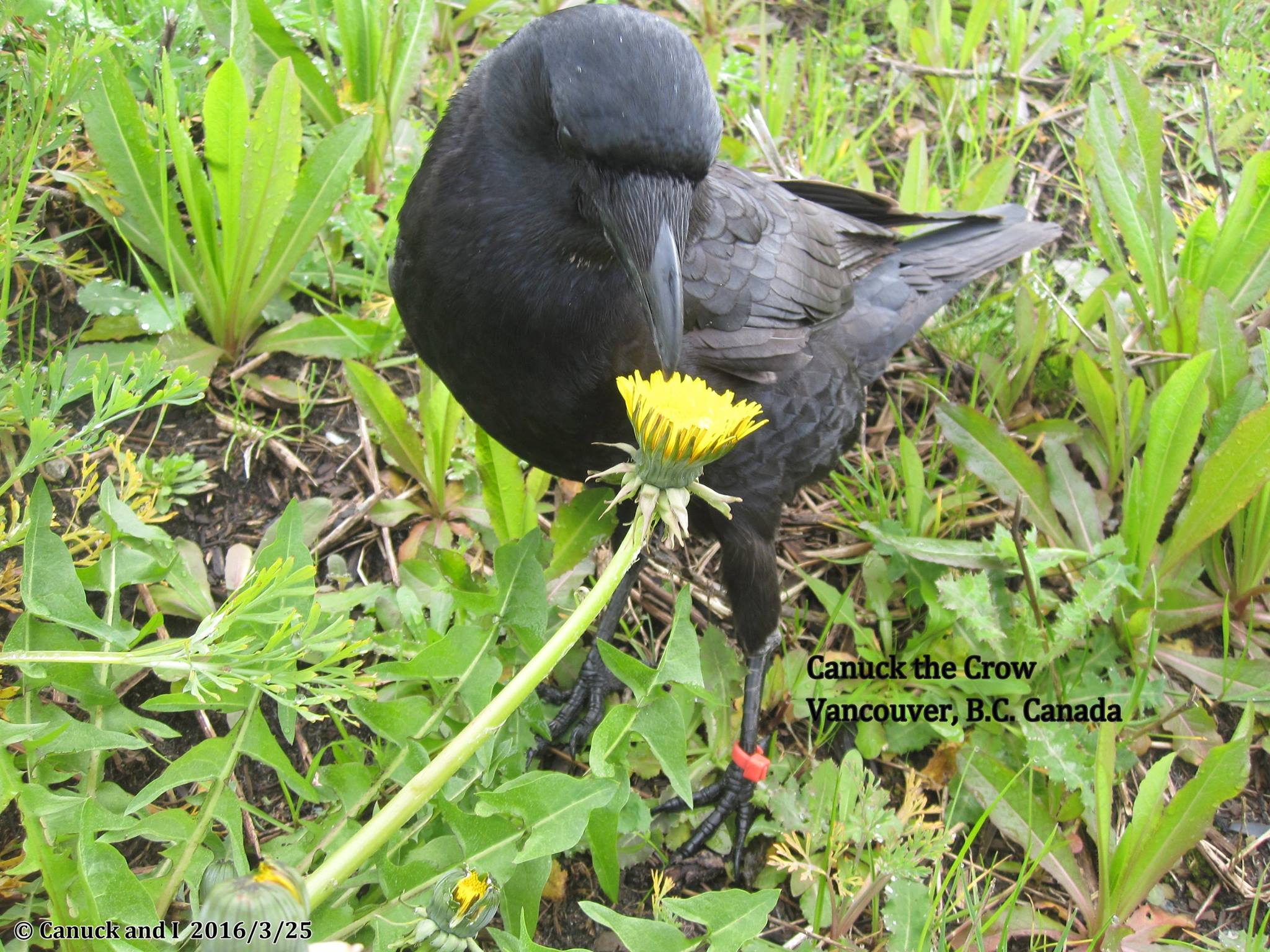 In fact, he's proved himself to be a bit of a mischievous little bird…

In May, police were confronted by a man with a knife at a crime scene in Vancouver, during which shots were fired and the man arrested. A bird with a red tag on its leg flew in and scooped up the knife, before dropping it about 20 feet later. 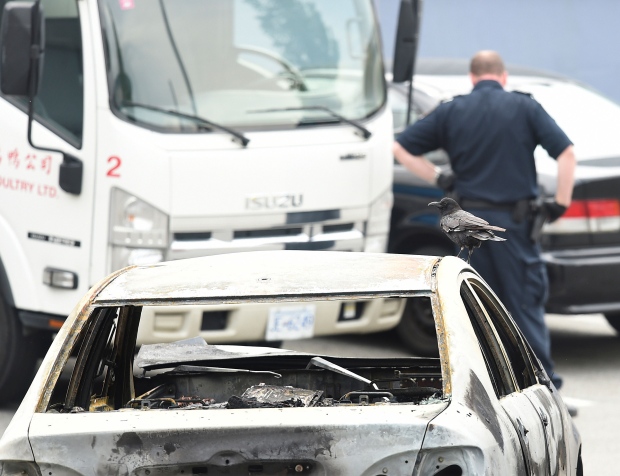 The wild crow, who is almost certainly the very same Canuck, was later spotted on the roof of a burned car on the crime scene.

It looks like these two will be together for a long time, whether fighting crime or not. And there's no doubt, Canuck will always remember Bergman as the man that first saved him when he was lost in the wilderness. 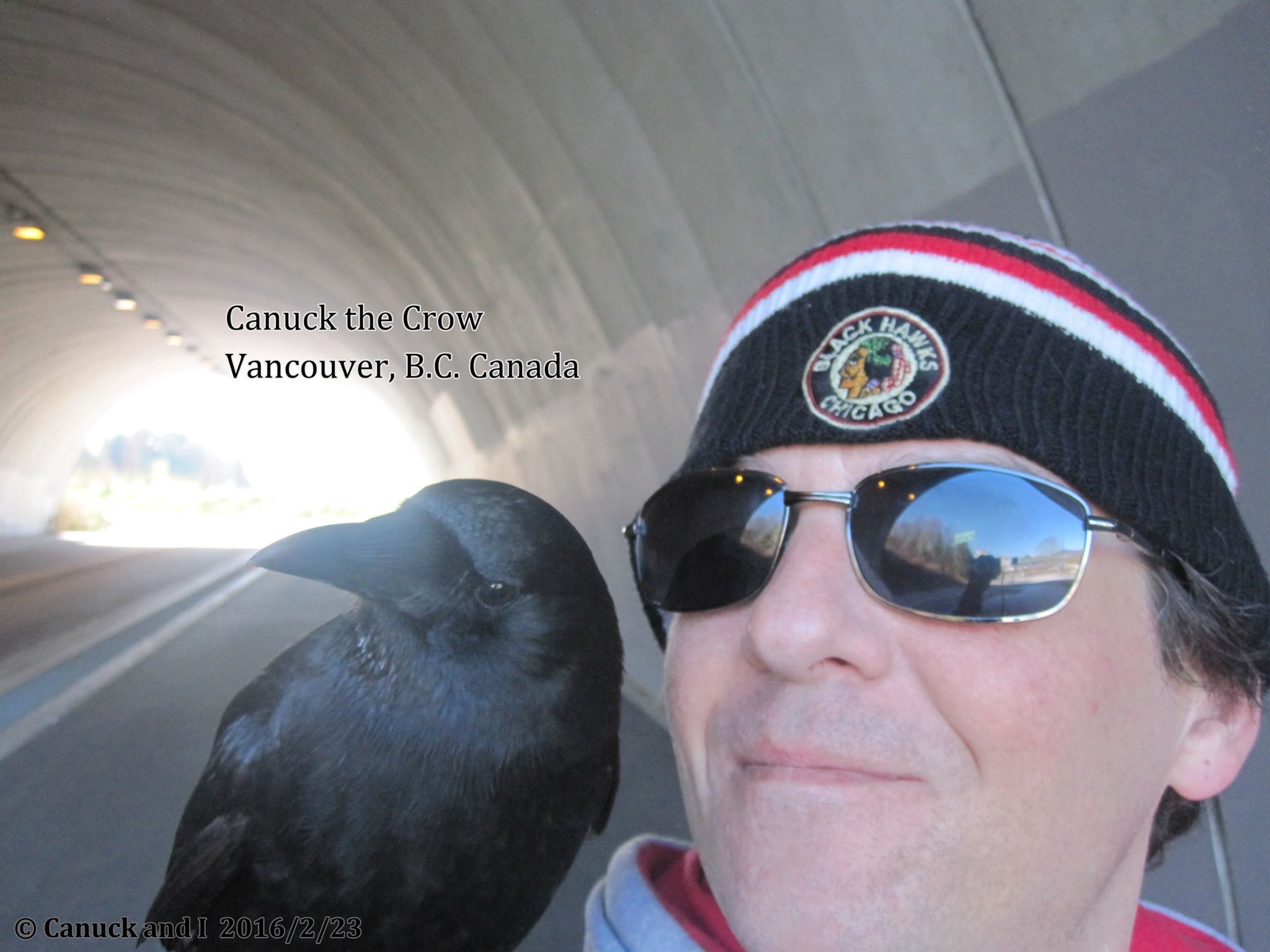 You can check out all of Canuck's adventures on his Facebook page.