A few days ago, the association PETA (People for the Ethical Treatent of Animals) revealed what goes on behind the scenes in the manufacturing of leather for automobile interiors. The investigation, undertaken in Brazil at JBS SA, the largest leather manufacturing company in the world, shows animal being brutalized and branded with a red-hot iron without anesthesia. 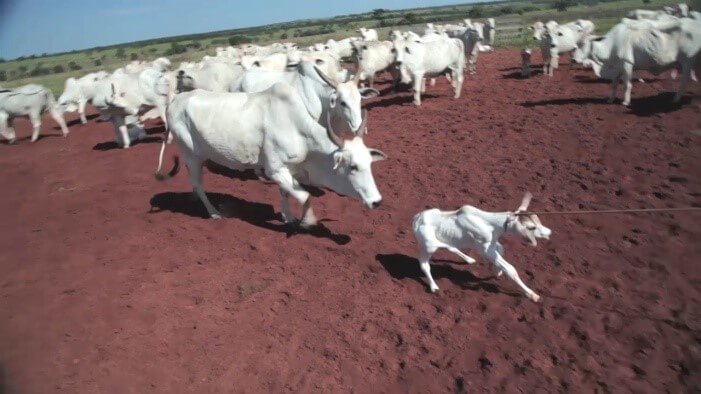 Calves are violently dragged away from their mothers with a lasso and the workers throw them down onto the ground. The cows are branded with a hot iron, often on their faces, to show that they are the property of JBS as soon as they arrive. 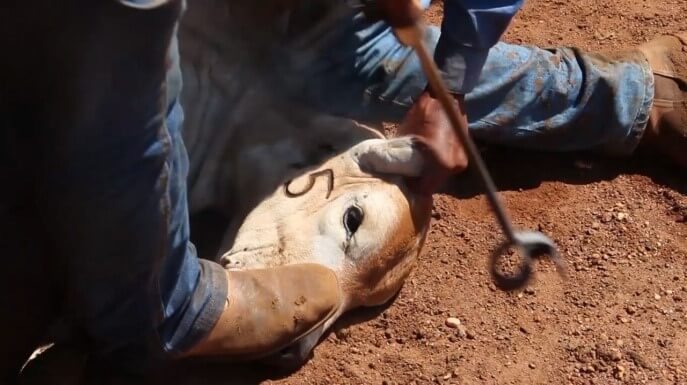 This cruel procedure is endured without anesthesia, adding extreme pain to the intense distress animals are already under. The lack of anti-pain medication is in violation with Brazilian laws defended by the Minister of agriculture.

In another video, adult cows are seen panicking in a detention cell, fighting with all their might before being burnt with hot irons. Once again, they are branded without anesthesia.

Peta's investigation in association with the Brazilian organisation, Brazil Reporter, shows the animals kicked, pulled violently by the ears and tails, and receiving electric shocks, as well as other acts of cruelty by the employees of the ranch. 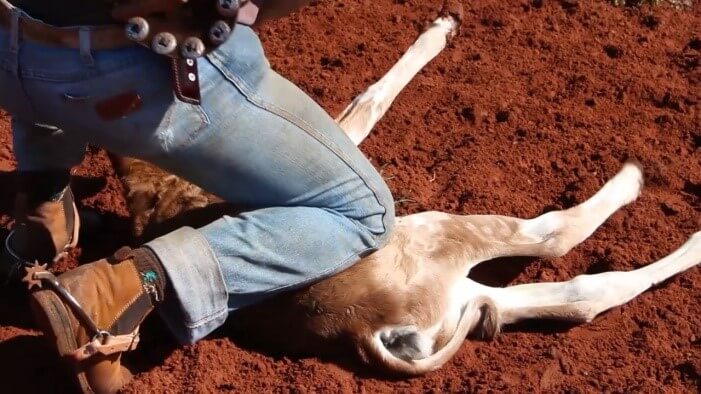 At three years old, the cows are sent to the slaughterhouse and endure the horror of long-distance transport. JBS, who controls the supply chain, also owns several slaughterhouses in Brazil as well as tanneries across the world. There, the cows' skins are prepared to be sold, notably to car manufacturers such as Renault, Volkswagen or Toyota. 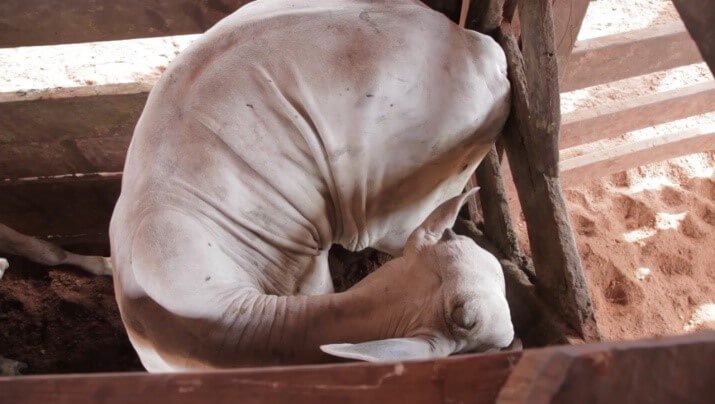 In 2015, 10 million skinds were sold by JBS. Automobile companies use on average three cow skins for the interior of one car. Amongst JBS' clients, there are also fashion and textile designers.

Each leather pair of shoes, bag or belt was made from cows that were certainly beaten and marked with hot irons, and who received electrical shocks before being cut up. Peta implores consumers to choose carefully what they buy and what they wear, and to stop wearing animal skin.

Peta invites you, if these images have shocked and disturbed you, to write to the heads of car manufacturing companies who are clients of JBS, asking them to stop "garnishing their cars with animal skins". To add your name, click here.