Camo, a 4 year old Maltese cross, was part of a group of over 50 dogs saved from a dog meat farm in a suburb of Seoul, South Korea. The 55 animals, who lived in deplorable conditions, suffered from a variety of of illnesses and health problems. 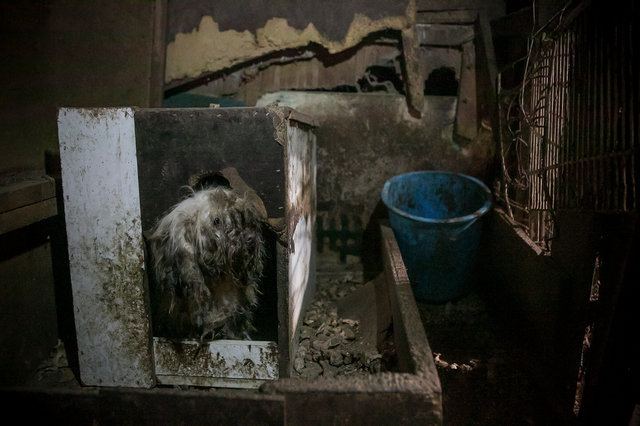 It was the farmer himself who, after having farmed the canines for 20 years, began to feel remorse for his actions. The old man had tried to keep all of the dogs, but then realized that he couldn't give them a good quality of life and contacted the Humane Society International (HSI) so that they could rescue the animals.

Adam Parascandola, director of animal cruelty issues at the association, told the website The Dodo about the first time he saw Camo:

He was in a pen in a very dark corner […] He was growling and very, very scared. 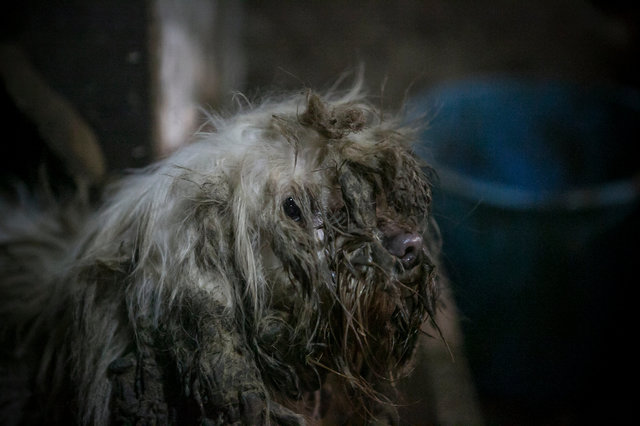 Wendy Higgins, director of international media for HSI, explained the conditions that the animals were found in: 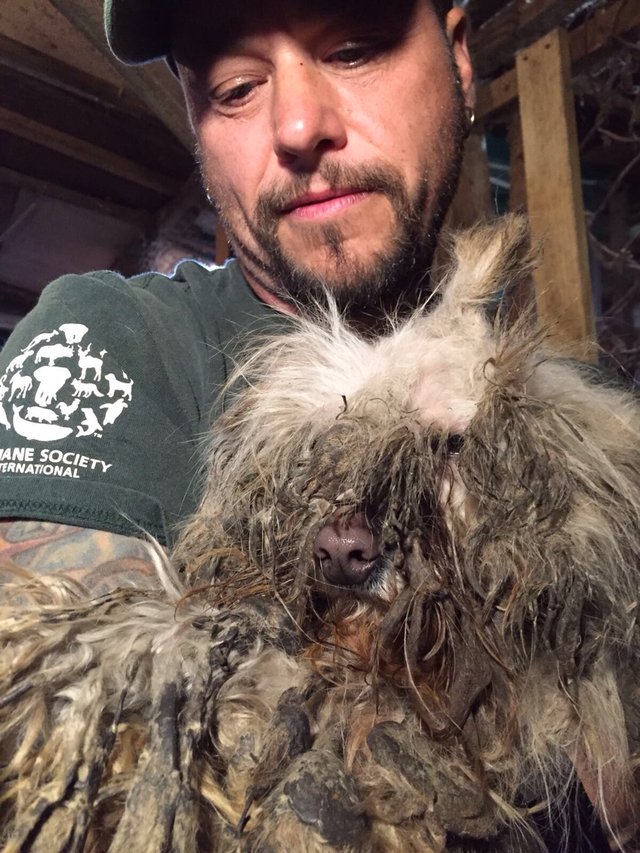 However, out of all the frightened and dirty dogs in the group, Camo seemed unusual. Adam Parascandola continued:

I felt that he’d definitely been someone’s companion. I don’t know how to explain why. But he kept looking at me like he wanted to trust me. He didn’t seem so much unsocialized — just confused as to why he was there. When I checked with the farmer, he said, ‘Yes indeed, he had been somebody’s companion. Somebody couldn’t keep him anymore.

A lot of times, this is what happens in Korea when people don’t want their animals anymore. Shelters are hard to find, and if the guy down the road has a dog meat farm, they just drop them off with that person. 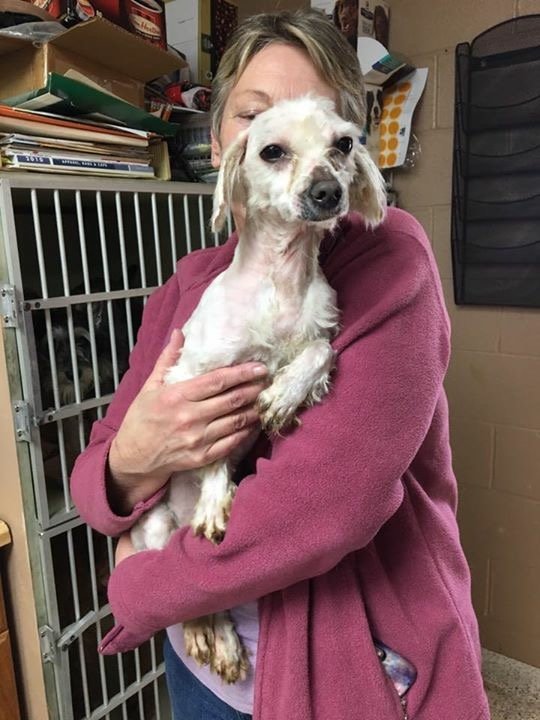 Placed with a woman who happened to own a dog-grooming business, Camo rapidly gained strength. They shaved his matted fur and he gained weight with plenty of food. Adam couldn't be happier with Camo's progress:

He’s doing great. He’s fluffy and happy and bouncy and it sounds like he’s doing really, really well. He quickly became very people-focused and very friendly. He also gets along with other dogs. But he’s definitely a people dog. He loves getting up on your lap. 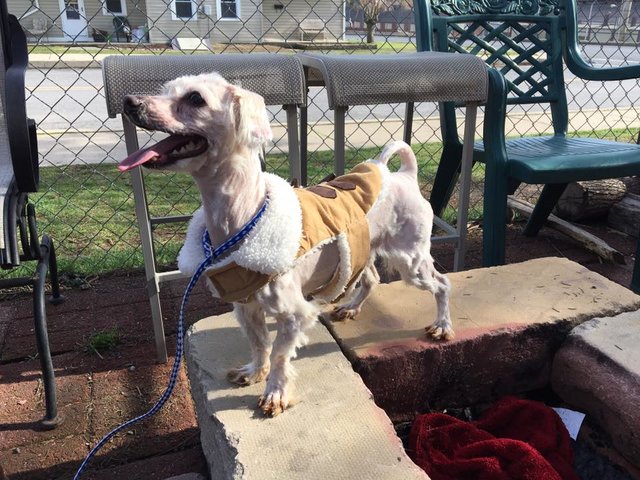 In South Korea, dog meat consumption is often said to represent the generational gap between young and old people. According to a survey published in 2015 by Gallup Korea, only 20% of Korean men in their twenties had eaten dog meat in the last year, compared to 50% of men in their fifties and sixties.

For younger generations, brought up on Western culture, cats and dogs are companion animals only, and they often find it shocking that people still eat them. Because of this, it's likely that the market for dog meat will rapidly decline over the next few decades, not only in South Korea, but countries such as China too.

If you would like to join HSI in their fight against animal cruelty, click here. You can also sign this petition demanding an end to the Bok Nal dog meat festival.