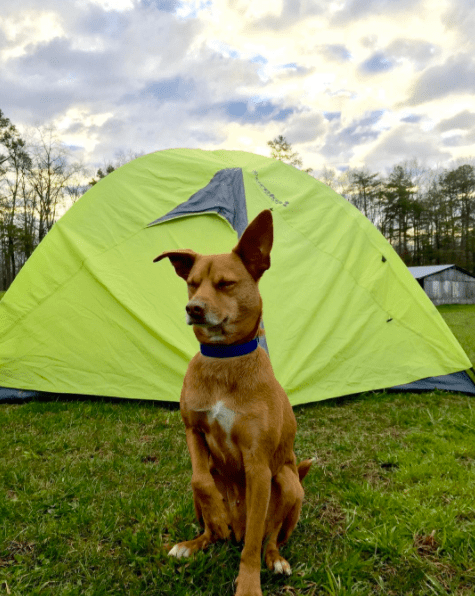 One weekend, when the little family was camping at a local spot, they found another, seemingly homeless dog, wandering around near their tent. This dog instantly bonded with Red, Rot told the site I Heart Dogs:

Initially he was a little shy but then he warmed right up and would play with Red. We thought he was a local dog that would come around looking for food, so we didn’t worry too much. 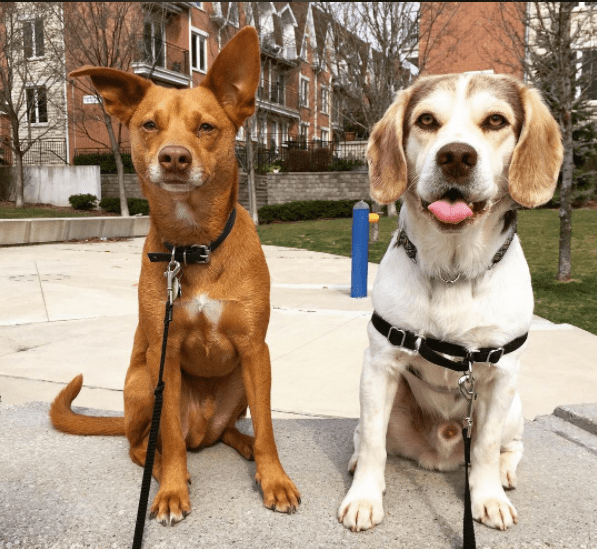 But it turned out that Blue Bear, as the couple had named him, had come from a tragic and dark past. His family had packed up, leaving him behind to fend for himself and he had been sniffing around the campsite for three full weeks.

Blue Bear was infested with ticks and spent his time sniffing trash cans and cowering in the rain without protection. But he had found a friend in Red and neither the dogs nor the couple were ready to let go. rot said:

We immediately decided he was coming home with us. 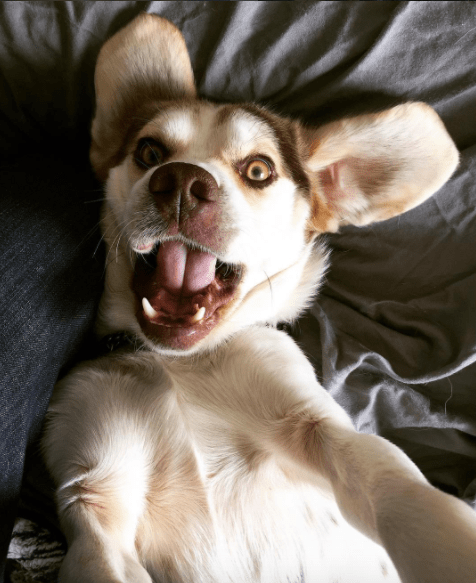 They drove the two dogs home, which was 500 miles away, and Red even let his new brother sit in the front seat. Along the way, the family had Blue Bear vaccinated and treated for ticks at the vet, and also stopped at the pet store to buy him some treats and toys. 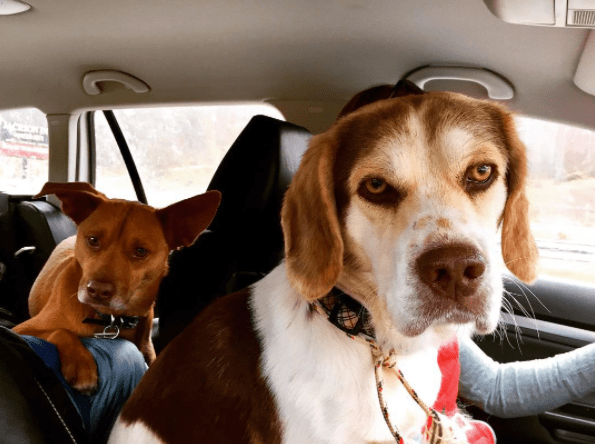 The couple noticed that Blue Bear was extremely appreciative of all his gifts and food, almost as if he were not used to it. Rot said:

So we finally got back home and realized he had never been inside a house had not been housebroken. 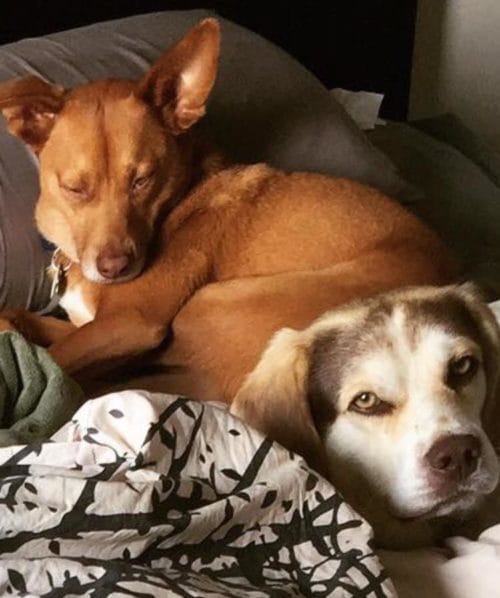 But the clever dog quickly learnt how to act like a house dog, and fell in love with his new family. Rot finished:

He  wants to cuddle nonstop. He’s even been awesome with the cats. He’s actually a little scared of them. 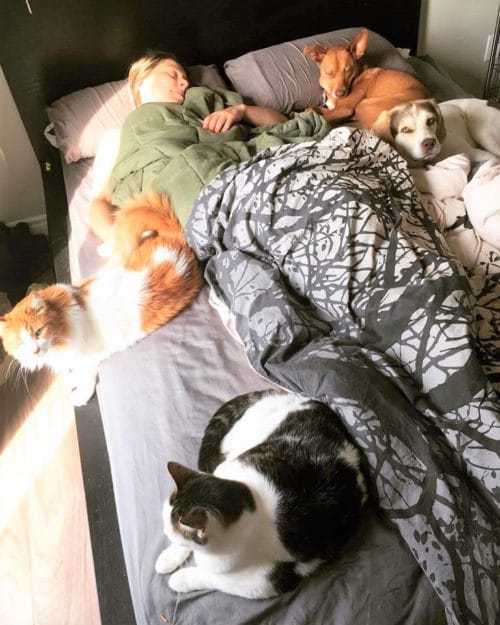 And Red loves having his brother in the house with him. Blue Bear got his happy ending thanks to the generous couple.